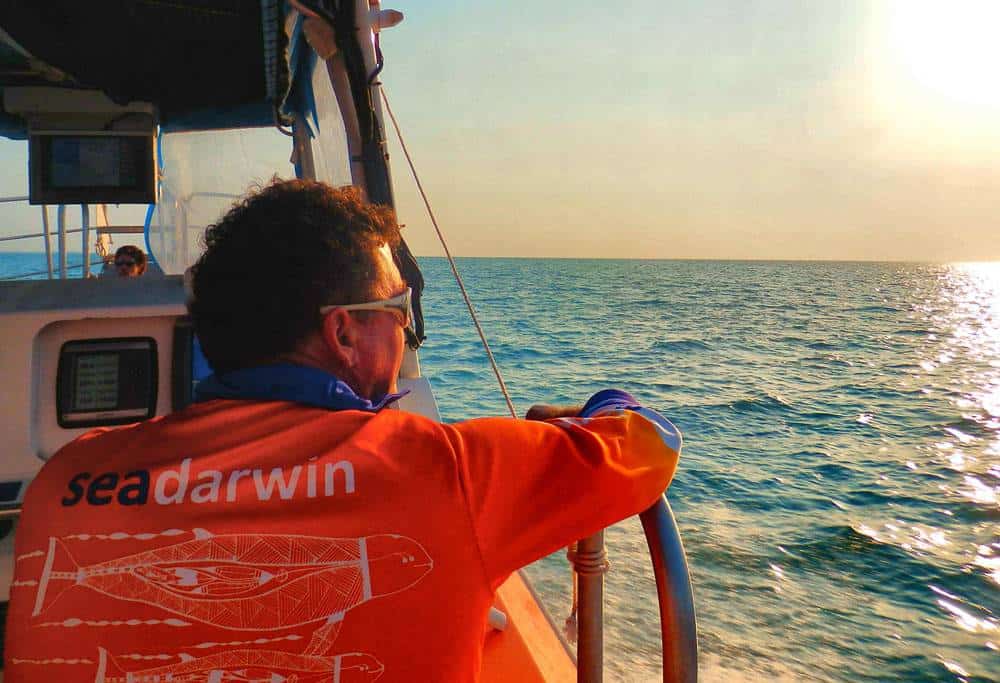 Taking tourists to see turtles, dolphins and dugongs swimming in the wild of the Darwin Harbour has been the pinnacle of Jim Smith’s eco-tourism business Sea Darwin for the past eight years.

But a surge in powerful recreational fishing boats, unmanaged development and dredging have put pressure on the health of the harbour, to the point that a glimpse of the sea-creatures has become rarer each year.

He says his business hinges on sightings, now in decline, and a healthy harbour to survive.

“It’s my livelihood,” Mr Smith said, adding he has observed significant increases in both boat traffic and their power and size over the past 20 years.

“I haven’t seen any dead turtles, but I’ve heard of them, there is more pressure on the water and [turtles and dolphins] are not social animals,” he said.

Each year the NT Government releases a report card assessing the water quality of the Darwin Harbour. 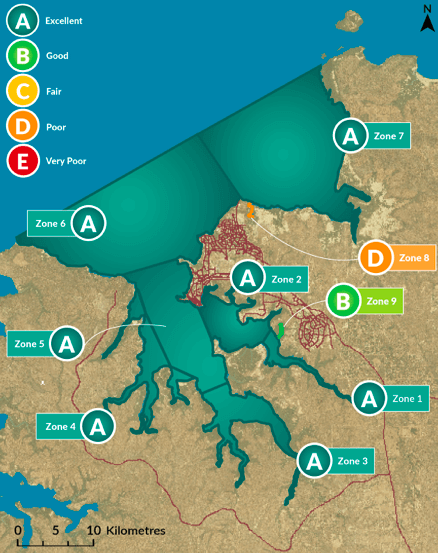 In the latest, the NT Government gave seven of the nine zones an ‘A’ mark – the best score possible.

Poorly flushed with a build-up of nutrients and excessive algal growth, the water quality in Buffalo Creek was rated very poor.

And on the fringes of Palmerston, Myrmidon Creek, received a ‘B’, as it contends with urban stormwater runoff during the wet season and discharge from the Palmerston wastewater treatment plant.

Despite large industrial ships traversing middle harbour, and surges of discharge from the Ludmilla wastewater treatment flowing in, the NT Government has rated its water quality excellent – highlighting dugongs can often be seen in the sea beds at Fannie Bay.

But a new report has found the health of the Darwin Harbour is in decline following failure by a succession of governments to implement a strategic plan with adequate funding.

“Our capital is surrounded by the waters of the Harbour, providing a beautiful backdrop to the daily lives of locals, a source of recreation, and providing healthy food in the fish and crabs caught by many fishers and their families,” said Adele Pedder, coordinator for Keep Top End Coasts Healthy.

“It’s home to a number of nationally threatened species including dugongs, coastal dolphins, sawfish, saltwater crocodiles and three of the world’s seven species of marine turtles. It’s a centrepiece for the tourist experience and facilitates the passage of many marine-based industries.” 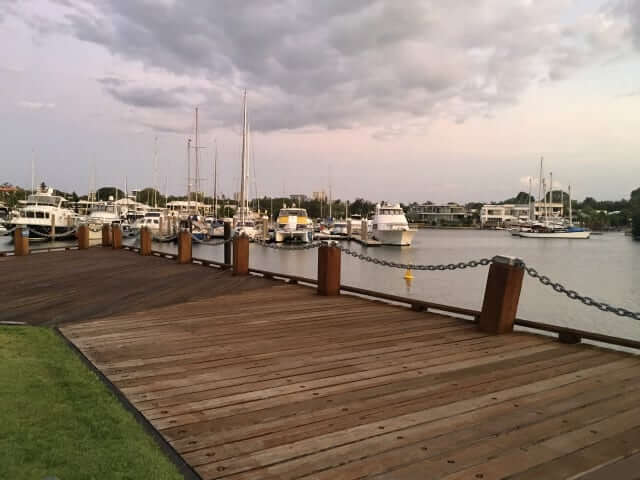 A tangled history of pollution, degradation and ad-hoc management actions have spelled trouble for the Darwin Harbour, according to the Australian Institute of Marine Sciences, an organisation that has studied the harbour’s water quality closely.

Dredging of the harbour and dumping of dredged soil, flows of treated sewage and contaminants make up their main concerns.

An oil spill in 2016 covering about 30km across Darwin Harbour which sent “shockwaves” through the community, according to Ms Pedder, was highlighted in the report.

“Damaging industrial and urban development within the Harbour’s catchment and coastal zone have been of concern to Territorians for many years,” Ms Pedder said.

“This has spawned many attempts by governments to safeguard the health of the harbour but they have failed due to a lack of strategic oversight, adequate implementation and funding.”

For the past 30 years, Jason Rogers has taken novices and avid fishos for guided trips of the harbour.

“I’ve been watching the decline of the harbour and, while you can certainly catch a decent fish, it’s nothing like it used to be,” he said.

“I’ve seen damage to fish habitat, oil spills, and big industry taking its toll on the health of our pristine harbour.”

He said widespread monitoring had appeared to fail amid a lack of government management. 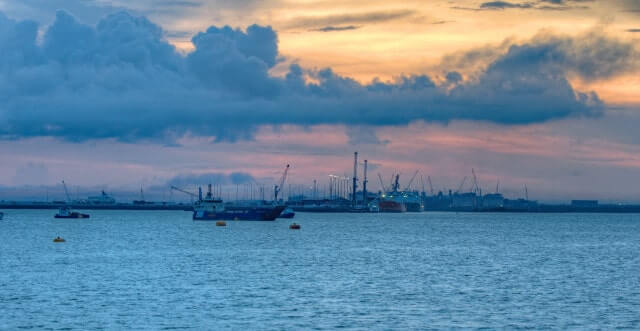 “We need to act now to prevent further decline, before we lose this valuable natural resource,” he said.

But according to Dan Thurling, who is out on the water each and every day as the owner of Darwin Harbour Fishing Charters, it has never been a better time to chance a catch.

Two decades ago, he worked for the same company he now owns, and says catching a fish back then was much more difficult.

“Commercial fishing was ongoing, we’d catch about half of what we do now,” he said.

Prawns are prollific, wrecks in the creeks are a magnet for fish and more often than not, an excess of the day’s catch are thrown back into the sea, he said.

While he said pollution in the harbour had not yet hindered his business, the water turbulance was potentially masking the issue.

“I can’t say the water is excellent because you can’t see what is in the water.”

The chief executive of the Amateur Fishermen’s Association of the NT David Ciaravolo says that while membership of the association has seen steady growth over the past couple of years, there is nothing to show a marked difference in the numbers of fishers heading out on the water prior to the COVID-19 pandemic.

However, a surge in recreational fishing has been seen over the past couple of months, as families take advantage of their backyards, Mr Ciaravolo said.

He says the harbour is very healthy, packed with barramundi, mackerel, tuna and queen fish, but concerns still remain around industrial development earmarked for Middle Arm in particular.

“From talking to members we hear concerns on longer-term trends including a busier harbour and increased industrialisation as that can have impacts on the ecosystem’s health,” he said.