Labor’s candidate for Daly does not ‘reflect the values of our Labor government’, Parliament told six months ago 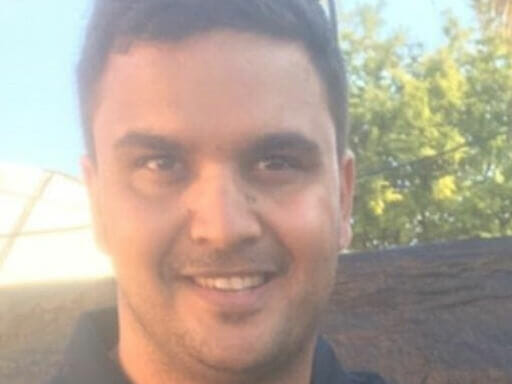 EXCLUSIVE: Labor’s candidate for the Daly by-election allegedly threatened an MLA outside Parliament House in February while working as a ministerial staffer in an incident that Attorney General Selena Uibo said at the time “in no way reflects the values of our Labor government”.

The NT Independent can reveal that former ministerial staffer Dheran Young – Labor’s newly-announced Daly candidate – was the staffer referred to Parliament’s disciplinary body in February by the CLP, after he allegedly swore at and threatened Member for Braitling Josh Burgoyne outside Parliament House at 9:20pm on February 18, allegedly telling him to “watch what you say”.

Mr Burgoyne told Parliament that the staffer – whom he did not name – had used “threatening, abusive and harassing words” during the uninvited confrontation.

He also suggested at the time that the staffer’s conduct may have breached the Legislative Assembly Act – and by extension the Criminal Code – by improperly interfering with the “free performance by a member [of Parliament]”.

However, the Gunner Labor Government used its numbers to block the referral of the matter to the Privileges Committee for investigation and instead had Mr Young anonymously apologise to Mr Burgoyne in a statement read in Parliament by Ms Uibo.

“’I was unnecessarily provocative in what I said, in reference to the Member for Braitling, in a way in which he could hear’,” Ms Uibo read on February 23, from a statement reportedly written by Mr Young.

“’I assert to the House that I did not use swear words but the Member for Braitling believes I did and has been insulted by the content of my comments.

“My behaviour did not meet the standards of my employer of the Office of the Chief Minister and I unreservedly apologise to the Member for Braitling’.”

Ms Uibo added that Mr Young had been “formally warned” about his behaviour by Mr Gunner’s chief of staff Emily Beresford-Cane and her own chief of staff.

“I reassure the House that my staff member’s conduct was out of character and in no way reflects my values, the values of our Labor government, or my ministerial office or indeed their own family values,” Ms Uibo said.

Labor considered the matter closed with the brief statement.

However, Opposition Leader Lia Finocchiaro argued that Speaker Ngaree Ah Kit had believed the incident was serious enough to be investigated by the Privileges Committee by permitting the referral motion to be put forward, and that it was stopped at the request of Labor ministers who killed it to prevent a potentially embarrassing investigation.

“I have seen all manner of low come from this government, but to knock back a motion regarding privilege, as has been put by the Member for Braitling … is truly abhorrent,” Ms Finocchairo told Parliament on February 23.

“I have read the section on intimidation of members. We know the Speaker has looked at this issue. We are talking about something that is also subject to a possible criminal offence.

“I do not understand how, by sheer weight of numbers, you can simply ignore this referral to the Privileges Committee.”

Mr Gunner’s office did not respond to questions yesterday, including how a staffer who had failed to live up to the party’s standards six months ago was pre-selected to run as a candidate in the Daly by-election.

Mr Young also did not respond to emailed questions.

Labor president Erina Early ignored a direct question about Mr Young’s incident with Mr Burgoyne, but told the NT Independent he was chosen in part for his “connections” in the electorate.

“Dheran was selected from a number of potential preselection nominees because of his strong work ethic and connections in the electorate of Daly,” she said.

“Dheran currently lives in Darwin, but has spent several years living and working in the electorate.”

Labor claimed in promotional material for Mr Young that he has been in the NT for eight years and “spent four years in Wadeye”. He is a self-described “proud Yaegl man from Yamba, NSW”.

Mr Young has also worked as a “field officer” for the Chief Minister’s office that involved him being paid by taxpayers to conduct government business in remote communities such as Wadeye.

Mr Burgoyne did not respond to requests for comment.

The CLP has not yet announced a candidate for Daly to replace Ian Sloan who announced his sudden resignation earlier this month citing health issues, less than a year after winning the seat by 94 votes.

Nominations close at noon on August 26, with the poll to be held on September 11.