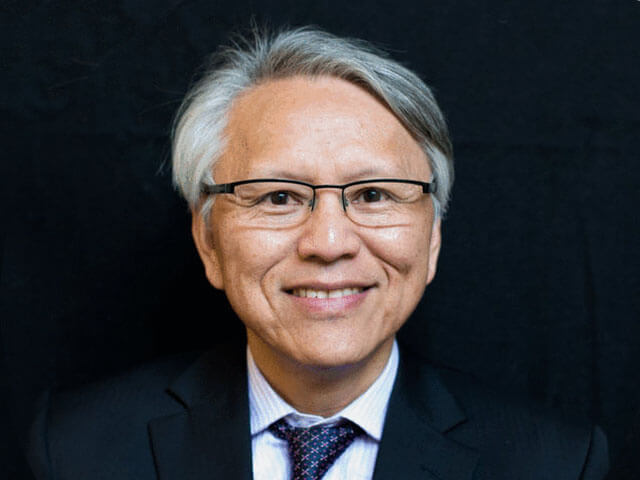 Darwin Council candidate Andrew Lee says he has no current links to Chinese-owned Landbridge Group and has “disconnected [his] connections” to China in recent years, following an SA Ombudsman’s investigation into his dealings with the owner of the Darwin Port while serving on a South Australian city council.

Mr Lee, also known as Li Jintang, was referred by the SA ICAC to the Ombudsman in 2017, following allegations he had used a taxpayer-funded trip to China in 2016 while mayor of Mount Gambier to broker a deal to sell a Coonawarra winery he personally benefitted from to the brother of Landbridge Group’s owner Ye Cheng.

Landbridge signed a controversial 99-year lease of the Darwin Port in 2015 that has been at the centre of a national debate over China’s ownership of public infrastructure in Australia, with many federal politicians calling for the port deal to be torn up and returned to Australian control amid souring relations between the two countries.

Landbridge’s owner Ye Cheng has reported strong links with the Chinese Communist Party and was previously named as one China’s top 10 “individuals caring about the development of national defence”.

Mr Lee, who is running for Darwin council in the Lyons Ward, was ultimately cleared of wrongdoing by the SA Ombudsman, who found that the former mayor had used his mayoral email account to discuss the sale of the winery, had personally benefitted from the sale, and had “walked a very fine ethical line dealing with the Landbridge Group”.

Mr Lee was reportedly given a five per cent stake in the winery by Mr Ye’s brother, Ye Gang, which resulted in a $660,000 payout when it sold for $13.2 million raising a few eyebrows in financial circles.

It was revealed Mr Lee had visited China on different occasions at his own cost to discuss the winery before the taxpayer-funded council trip and while mayor of Mount Gambier.

Andrew Lee hung up the phone when questioned about connections

When contacted yesterday by the NT Independent, Mr Lee said he was not connected to Landbridge and had also severed his ties to China.

“I have no connection to Landbridge whatsoever,” he said.

“I already disconnected the connections with China. I haven’t been to China for a long period of time.”

Mr Lee had reportedly pledged to facilitate Chinese investment in the Mount Gambier region before being elected mayor in 2014.

Asked yesterday if he had the same ambitions for Darwin, Mr Lee said he was open to attracting investment from all countries.

“I’m open to all the doors, Japan and even Indonesia. Italy. There’s no one driving [foreign investment],” he said.

Mr Lee told the NT News earlier this month that he and his wife Jane Zhang moved to Darwin in January 2019.

However, Ms Zhang is an associate lecturer at Charles Darwin University’s business school and public records indicate she has been at the university since at least 2011.

Mr Lee hung up on the NT Independent when this was raised with him, saying he was “offended”.

“I think I have to stop the interview. You can use your imagination to write whatever you want. I feel offended,” he said before ending the call.

Ms Zhang is also involved with the executive of the Australia China Friendship Society NT branch. The NT Independent is not suggesting any wrongdoing on the part of Ms Zhang or Mr Lee.

‘Not difficult to see why some concluded Mayor Lee’s dealings were suspicious’: SA Ombudsman’s report

SA Ombudsman Wayne Lines ultimately cleared Mr Lee of wrongdoing in brokering the sale of the Rymill Coonawarra winery, but cautioned Mr Lee to be more careful in future dealings.

“As principal officer of his council, Mayor Andrew Lee walked a very fine ethical line dealing with the Landbridge Group as intermediary in a large commercial transaction,” the report concluded.

“Given the language and cultural differences involved, and perhaps an incomplete understanding of the history of the deal on the part of some observers, it is not difficult to see why some in Australia have concluded that Mayor Lee’s business dealings in the winery sale were suspicious.

“I advise the Mayor that in the future he should examine and clarify any actions that may give rise to a perception that he is using his elected office for personal gain.”

Mr Lines’ investigation did not include interviews with Ye Cheng or Ye Gang.