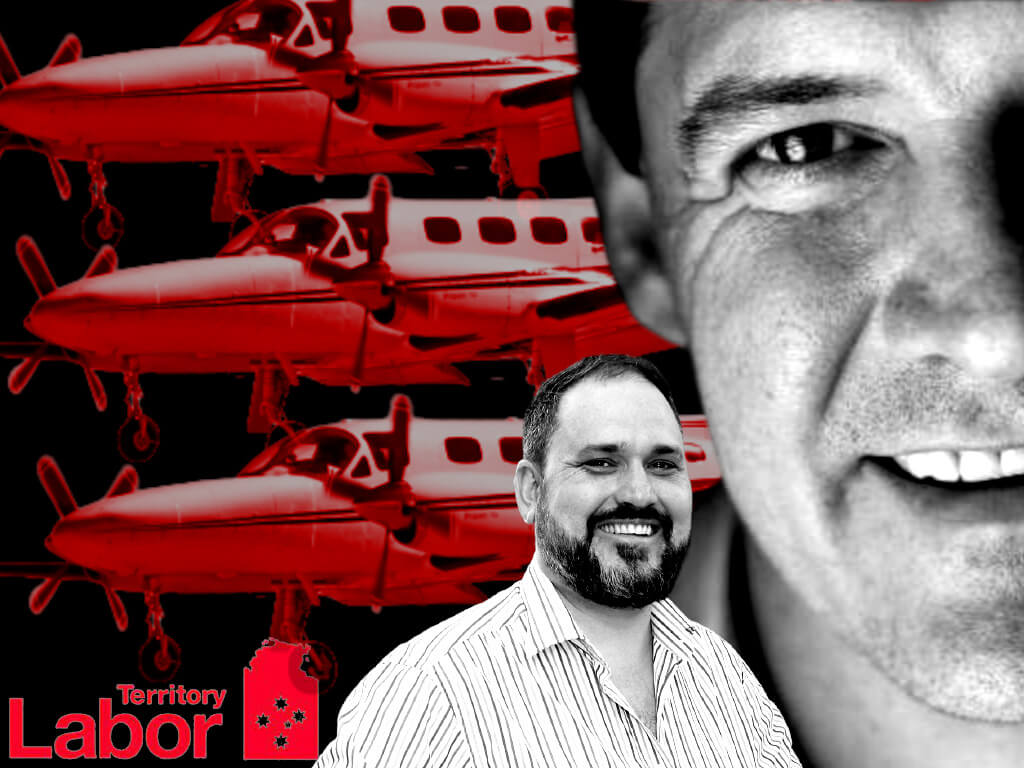 The Territory Labor caucus and the NT’s head public servant have refused to say when they became aware of alleged election rorts perpetrated by the Chief Minister’s Office during the 2020 election caretaker period – or if any of them reported suspected improper conduct to the anti-corruption body in accordance with mandatory reporting laws.

The parties were asked about their knowledge of events before an independent MLA referred the election rorts scandal to the NT’s anti-corruption body this week.

The NT Independent revealed last week that Chief Minister Michael Gunner’s then-chief of staff and brother-in-law Ryan Neve approved $40,000 of public funds for Mr Gunner and senior advisers to travel to remote communities in marginal seats during the communities’ respective polling days in the 2020 election, and for campaign photo ops, in direct contravention of caretaker provisions established to prevent the misappropriation of public funds.

There are strict caretaker rules in place that prevent party-political trips at taxpayer expense.

The approvals, which were disclosed in documents provided under Freedom of Information laws, also violate caretaker rules that stipulate all ministerial travel during an election must be approved by the department, to avoid the misuse of public funds.

Despite claiming the costs were for “ministerial travel”, there were no documented meetings recorded.

Head public servant Jodie Ryan, who runs the Department of Chief Minister and Cabinet, did not respond to questions sent by the NT Independent on Monday, including why she did not approve the funding for the campaign trips in accordance with the rules.

It remains unclear how the Chief Minister’s brother-in-law was permitted to approve the funding in his role as chief-of-staff instead of a department representative.

Ms Ryan also did not respond to a question about when she found out about the suspected improper approvals and if she had reported it to ICAC, in accordance with mandatory reporting requirements for all public servants.

That includes ministers and MLAs.

Labor members refuse to comment on their obligation to report suspected misconduct; independent refers to ICAC

All Labor MLAs contacted by the NT Independent refused to comment on whether they reported “suspected improper conduct” in accordance with their legal obligations when they became aware of the approvals by Mr Neve for campaign trips.

Independent MLA Robyn Lambley said she reported the matter to the Office of the ICAC this week.

“Reporting matters of potential misconduct or corruption to the Independent Commissioner Against Corruption is not optional for Members of Parliament – it is mandatory. The legislation is very clear,” Ms Lambley said.

“As an Independent Member of Parliament this can require a lot of work, but I take this ‘mandatory reporting’ obligation very seriously, as should all my Parliamentary colleagues.”

CLP Leader Lia Finocchiaro did not respond to a request for comment.

Anti-corruption commissioner Michael Riches said he was “aware of the matter”.

“I do not, and will not, comment upon matters that may or may not be the subject of a current investigation,” he said in a statement.

“That is something I will attempt to address in 2022. Those who do report ought to be protected. The responsibility for protecting whistleblowers rests with public bodies. I am empowered to oversee the manner in which public bodies provide those protections, but the responsibility rests with them. Quite simply, people are far less likely to come forward with information about wrongdoing if they do not feel that they will be protected from retaliation.”