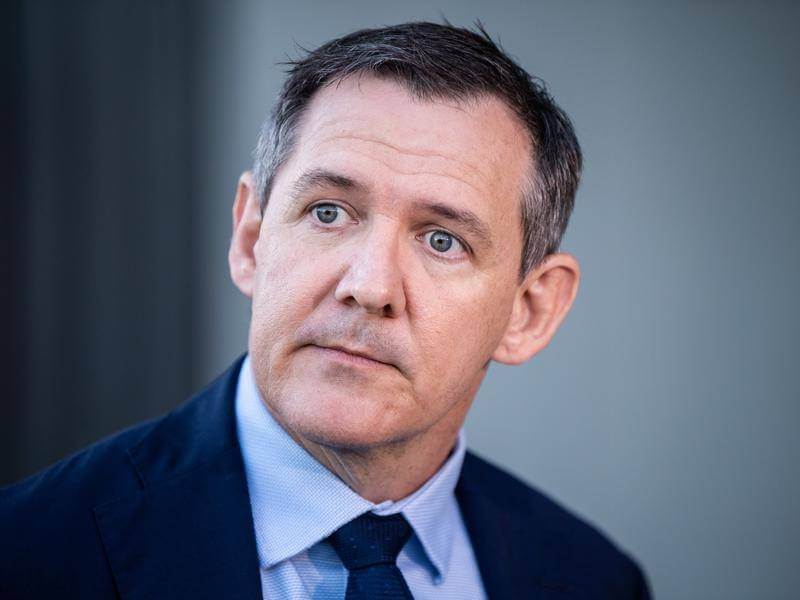 Cuts to the Federal Government’s coronavirus wage subsidy, JobKeeper, would have had “devastating” impacts on the Northern Territory’s economy, Chief Minister Michael Gunner said on Monday.

A day out from the unveiling of the federal budget, Mr Gunner said the extension of JobKeeper was the number one thing he had been fighting for amid pleas from businesses bearing the brutal impacts of the COVID-19 pandemic.

Mr Gunner said he had been in talks with the Prime Minister and Treasurer about what it would take to drag the NT’s economy out of the pandemic in the lead up to the budget, listing manufacturing and JobKeeper at the top of the list.

“An investment in JobKeeper… that’s already been announced, that was going to end, and that would have been devastating,” Mr Gunner said, adding the impact of the extension “cannot be underestimated”.

“The fact that JobKeeper is still there is an extremely expensive thing for the Federal Government to do, but it has a positive and powerful impact on the Territory economy.”

The Territory’s already fragile economy was tipped to lose $8.5 million per fortnight, if cuts to JobKeeper went ahead, according to Territory MP Luke Gosling.

The JobKeeper wage subsidy is paid to approximately 960,000 employers across Australia, who then pass the full payment onto 3.5 million workers.

“The NT will lose $8.5 million a fortnight in #JobKeeper payments from Sept 28, affecting almost – 20,000 – Territory workers and thousands of Territory businesses,” Mr Gosling said on social media before the extension was announced.

The Federal Government extended JobKeeper through to March next year, on Monday last week, announcing rates and eligibility requirements would change from today.

Since the massive coronavirus wage subsidy came into effect about six months ago, the Government has paid a flat $1,500 each fortnight to everyone eligible for JobKeeper.

But rates will now depend on the amount of hours an employee was logging before claiming the payment.

Payments will continue to be paid through the employer, but a full time rate, equivalent to working over 20 hours per week, has been cut to $1,200 and new part-time rates will come into play at $750 per fortnight.

“There are some things that I’ve asked for that we’ve already seen, and probably number one on that list was that extension of JobKeeper,” Mr Gunner said.

Flood of money equates to low poverty rate in NT, but linked to spikes in grog running

Mr Gunner highlighted people have “never had more money to spend” in the NT, asserting the JobSeeker scheme has most likely had more positive impacts on the Territory over the past couple of months than negative.

But he did not rule out links to the recent increase in grog running to remote dry communities, which sparked emergency takeaway alcohol restrictions last month.

“All the evidence shows, and this is across the country, we’ve never seen less people in poverty, and that’s been an extremely positive impact,” Mr Gunner said.

“I’ve had significant feedback from communities about the shopping habits changing in community stores… The (access) to better quality food and fruit… it is hard to measure the change and impact on a family having the ability to put onto the table more food of a better quality.”