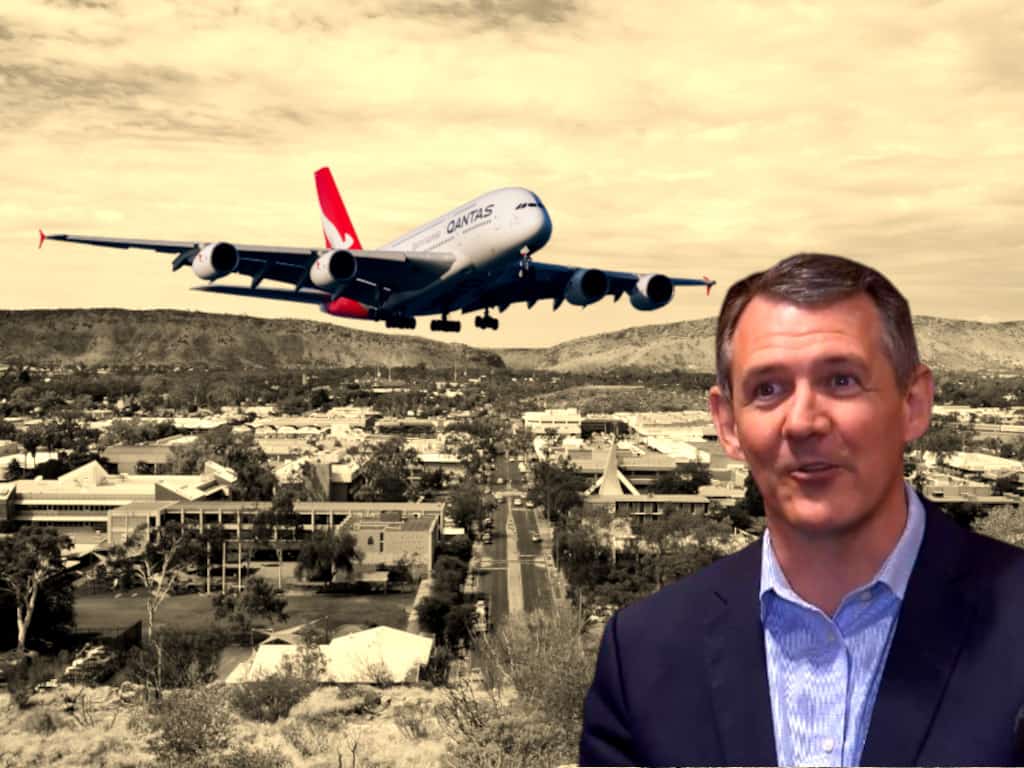 The Gunner Government’s explanation for its chaotic response to COVID-19 procedures in Alice Springs last night has been called into question, raising concerns over whether it could handle a bigger coronavirus emergency.

The accuracy of the government’s claims is also being challenged in the fallout from Tuesday’s bungle that saw people who were supposed to be under strict quarantine orders permitted to move freely around the town late last night.

CLP Opposition leader Lia Finocchiaro said the “chaos and confusion” in Alice Springs Tuesday night, as the government was unable to cope with an influx of travellers from South Australia, has laid bare the government’s lack of preparation and raises serious concerns for the safety of Territorians.

“There’s clearly no plan and the government is making it up as they go along,” Ms Finocchairo said Wednesday morning.

“If the Gunner Government is happy to put itself out as COVID heroes and tell Territorians they have everything under control, then they need to ensure systemic failures like we’ve seen in the last 24 hours aren’t taking place.

“It raises a much bigger question around what happens here in the Territory if something more catastrophic takes place.”

The NT Independent first reported on the issues in Alice Springs Tuesday night, as NT health officials were unable to cope with hundreds who flocked from South Australia to the Territory after the entire state was declared a coronavirus hotspot by Chief Minister Michael Gunner and chief health officer Hugh Heggie on Monday morning.

Mr Gunner had offered to waive the $2500 fee for 14-day quarantine if travellers arrived by midnight last night.

The government then set up foldable beds at the Alice Springs airport for some, while telling other people who should have been under supervised quarantine to go to “suitable” accommodation if they could find it on their own. 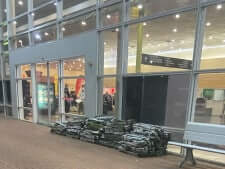 Foldable beds were brought in by the military for SA COVID refugees at the Alice Springs airport Tuesday night.

Health Minister Natasha Fyles said the system was “put under pressure” but denied any government failings.

“So those people that were allowed to go into an alternate place of quarantine were thoroughly checked by health staff, and it was under the direction of the chief health officer,” she said Wednesday morning.

“So the health staff in Alice Springs were in contact with the chief health officer.

“It was a risk assessment based on ‘are they a risk to the community, clinically are they well, and where have they been’?’

But that story has been called into question, after one of the people involved told the NT Independent they were only asked to fill out a hastily prepared form that requested name, phone number and details about the suitability of the accommodation.

“They asked us to fill out the form and that was it,” the SA traveller said.

Ms Fyles also said the problems were exacerbated by Alice Springs hotels who refused to accommodate SA travellers who may have been infected.

“So when our staff, the frontline staff, reached out to book those rooms to place people into, they were told that they were not available and that they wouldn’t allow people to come into them,” she said.

“They were declined last night so we’re certainly looking at what we can do in the future, any formal arrangements that we may need to have in place that perhaps weren’t.

“My understanding is that [there were contracts in place] but we’re looking into all of this to make sure that into the future we have rooms available, or if we need to have stronger contracts.”

But Hospitality NT, the peak body representing hotels in the NT, said there has only ever been one deal with the Mercure hotel in Alice Springs to function as the town’s quarantine facility.

“It’s an unfair description to classify that there was a deal done [with other hotels] and reneged on,” CEO Alex Bruce told the NT Independent. “It was happening too last minute, it shows there was no surge capacity considered, at least in Alice Springs.”

Mr Bruce said there were other concerns including staff training and putting potentially infected people in hotels next to other guests at the last minute.

“There were no deals put into place with anyone else if they [Mercure] were full,” he said. “If this is part of the COVID normal, we suggest there needs to be more work done.

“I think it’s unfair to scapegoat an industry that has borne the brunt of the COVID economic impacts. We are fully supportive in assisting the government in future surge capacity discussions with all the required protocols put in place.”

“The fact that it’s going so far as to blame hotels and other people for its failures is hugely problematic and sends a very alarming signal to Territorians around whether or not we can have confidence this government is doing as much preparation as it makes out that it is,” she said.

“This is squarely at the feet of the Chief Minister.”