Independent Commissioner Against Corruption Michael Riches appeared to reveal this morning in Estimates hearings that the ICAC employee charged with allegedly disclosing confidential information is his executive assistant Kate Johnson.

On Friday, NT Police said they had issued a notice to appear to a 23-year-old woman relating to two charges of disclosing confidential information.

Mr Riches issued a statement on Friday confirming it was an employee in his office who had been referred to the NT Police’s Special References Unit at an undisclosed date, but chose not to name her. 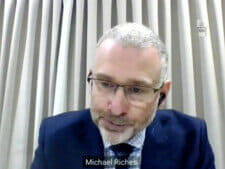 The matter was raised during Estimates hearings on Tuesday morning, first by the Opposition, which Mr Riches answered by saying, “integrity means everything and any person who does not act to the integrity or to the standard that I expect … will be dealt with in an appropriate way”.

“I’m very pleased with the staff that I have at the moment,” he added.

“Well obviously the identity and the role played by the individual that’s been the subject of that, of those proceedings and disciplinary action has not been identified by me,” he said.

“Answering that question, I think would be unfair to the individual. For two reasons. One, because I have not identified who that person is. And two because I think one ought to wait to hear the alleged facts first, before answering a question like that, I just feel very uncomfortable addressing the question.” 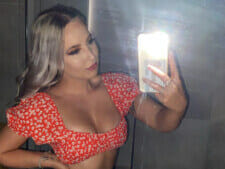 Kate Johnson is executive assistant to the ICAC.

Ms Lambley asked what the role of executive assistant entailed.

Mr Riches replied that his assistant assisted him by managing his diary and schedule and ensuring that “I’m staying on top of the work that comes to me”.

He then stated that “the executive assistant was the same person that was there when I started”.

Ms Johnson has also been confirmed as the subject of the charges by different sources to the NT Independent.

According to the ICAC’s latest annual report, Ms Johnson was secretariat of the Operations Committee – the executive committee that receives reports from investigators “and provides evidence-based recommendations to the Commissioner”.

The committee, which is made up of the deputy commissioner, the director of investigations and other senior executives also recommends “escalating serious reports as required for the Commissioner’s attention”.

This means that Ms Johnson would allegedly have knowledge of every investigation the Office of the ICAC was conducting in her role as executive assistant.

Mr Riches declined to comment further when asked about Ms Johnson by the NT Independent, referring to his previous statement in which he said “those who work in my office must act with the utmost integrity” and that where “allegations of impropriety are made about my staff or me, they will be taken seriously”.

The NT Independent attempted to contact Ms Johnson for comment, including through her ICAC email account that appears to have been deactivated. It is unclear who she is alleged to have disclosed information to or on what particular matter.

She is set to appear in court on July 19, to answer to one count of disclosing confidential information under the Criminal Code and another count of unauthorised disclosure of information obtained in the course of performing a function under the ICAC Act.

She has not yet entered a plea.