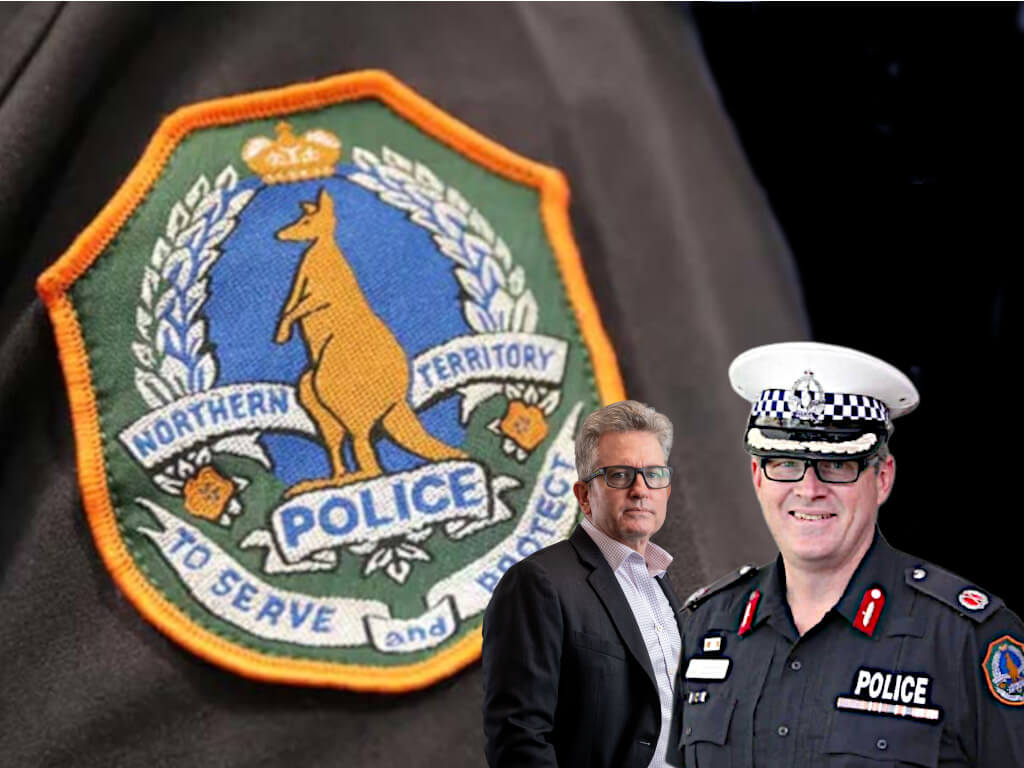 EXCLUSIVE: The NT anti-corruption body’s second-in-charge has left his role to join the NT Police as its acting chief operating officer, in a strange move that comes amid media reports that police are investigating the Office of the Independent Commissioner Against Corruption.

The NT Independent can reveal OICAC general manager Matthew Grant has taken a six-month secondment with the NT Police which will start on December 20.

“I am pleased to announce that Matt Grant has accepted a six-month secondment as acting chief operating officer (COO) commencing on Monday 20 December,” police commissioner Jamie Chalker wrote in an internal broadcast on Wednesday.

“Matt is joining us from the Office of the NT Independent Commissioner Against Corruption where he is the deputy chief executive.

“It’s a return to the agency for Matt who was a former NT police officer had (sic) roles including uniformed policing at Darwin Station, remote policing at Gunbalanya, Maningrida and Daly River and was a designated detective in Crime and the Combined Drug Enforcement Unit.”

Sky News reported this morning that NT Police have launched an investigation “into allegations of misconduct” within the Office of the ICAC.

Mr Grant was appointed as general manager of the OICAC in February 2019 and oversaw all investigations the office conducted.

The appointment raised concerns at the time about the potential for the office to be put in a compromised position because Mr Grant’s brother is Chief Justice Michael Grant. His wife is also a local court judge.

The ICAC investigates complaints against the judiciary and the police.

It’s unclear on whose authority the NT Police’s special references unit is currently investigating the OICAC.

“NT Police are investigating an historical matter involving the Office of the ICAC,” a police spokesman told Sky News.

“As this investigation is ongoing no further detail will be provided.”

In June, ICAC Inspector Bruce McClintock investigated allegations of conflicts of interest in the OICAC involving the then-investigations director allegedly awarding contracts to her partner. Mr McClintock found no evidence of wrongdoing and stated the conflict of interest was managed appropriately.

But his report also raised issues of alleged “bullying and intimidation” in the OICAC and employees complaining about fears of “retribution” for speaking out.

Mr McClintock referred those matters to the Office of the Commissioner for Public Employment. It’s unclear what the status of those complaints are presently.

Independent Commissioner Against Corruption Michael Riches told the NT Independent that Mr Grant is not the subject of the current police investigation and that he will return to the general manager role at the OICAC after the secondment is over.

He also revealed that Mr Grant had “pursued and identified” the position with the NT Police.

“I have been advised by NT Police that their investigation does not relate to any current ICAC staff member – obviously, that includes Mr Grant.”

Asked why he thought it was appropriate for Mr Grant to work for an agency he has confidential information about and has overseen investigations into – rather than an interstate body – Mr Riches said he “would not stand in the way of my staff taking development opportunities that they have pursued and identified”.

“If Mr Grant had approached me about a development opportunity in an interstate integrity agency, DIPL or [Department of Chief Minister], I would take the same view,” he said.

“Mr Grant is the Deputy Chief Executive of the OICAC. I am not back-filling his position because he is returning at the end of the six month secondment. I look forward to his return.”