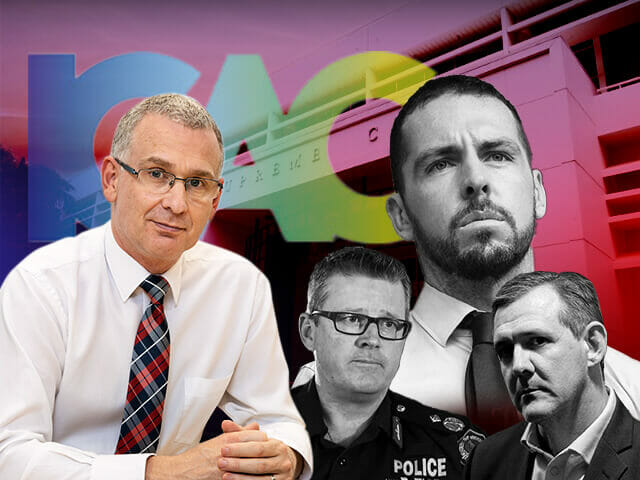 The Territory’s anti-corruption body will investigate allegations of political interference in the charging of Constable Zach Rolfe, commissioner Michael Riches has announced.

The announcement comes after the NT Independent’s recent reports about concerns investigators had about the speed at which charges were laid.

The NT Independent has also raised evidence in recent days that appears to refute Police Commissioner Jamie Chalker’s public statement last week that he was “shocked” at the charges and that he operated at “arm’s length” from the investigation.

Mr Riches said his investigation could include public hearings.

“I will investigate allegations of improper conduct relating to the arrest and charge of Mr Zachary Rolfe,” he said in a statement.

“My investigation will focus upon the period between the shooting incident and the presentation of Mr Rolfe for charging.

“In due course I will consider whether I will hear some or all witnesses by way of public inquiry.

“If that occurs notice will be given in accordance with section 39 of the ICAC Act.”

He added that he will conduct the investigation “as expeditiously as my resources allow”.

“Any action taken as a consequence of the investigation, including the making of reports or public statements, will be in accordance with the ICAC Act,” he said.

“I will not offer a running commentary on the investigation, and I have no further statement to make at this time.”

The NT Police media unit released a statement after the ICAC’s announcement to say that they will be using the investigation process to not comment any further on the issues that have been raised in the last two days, including that Mr Chalker may have misled the public.

“NT Police will cooperate fully with the inquiry. As the matter is now before the ICAC there will be no further comment,” the statement said.

Constable Rolfe was acquitted of the murder in the shooting death of Yuendumu man Kumanjayi Walker and two alternative charges on March 11, after a unanimous not guilty verdict in the Supreme Court.

Since then, allegations have continued that political interference occurred in the rush to charge Constable Rolfe in November 2019.

Mr Chalker and Chief Minister Michael Gunner have repeatedly rejected those allegations, pointing to an upcoming coronial inquest into Mr Walker’s death as being the proper body to investigate the allegations of political interference.

However, the coroner’s report would not include any illegal activity that transpired, which under the legislation requires the coroner to raise that with the Police Commissioner and the Director of Public Prosecutions – the two bodies that played key roles in the decision to charge.

Mr Riches initially said he was considering an investigation and wanted to hear from people with information about how the charges were laid. There is no timeframe for when the investigation will be concluded.