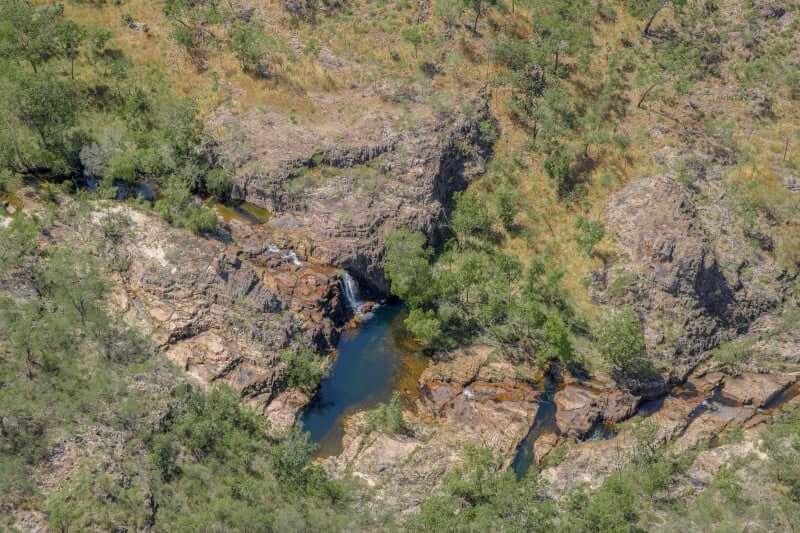 Two separate sets of hikers at the Litchfield National Park and Kakadu National Park, who all became disoriented due to dehydration, have been rescued by NT Parks and Wildlife rangers and police authorities.

In a statement, NT Police said the three men, two aged 21 and one aged 23, began their trek on the Table Top Track at 7:40am.

At approximately 2pm, after running out of water, the group became disoriented and called triple zero for assistance.

Batchelor police said they coordinated a response with park rangers, then dispatched a helicopter from Batchelor Airstrip.

“It appears that a group of walkers set off early in the morning and were following markers along the trail, then became lost and did not relocate the trail markers until later in the afternoon,” Sgt Kennon told the ABC Radio Darwin.

“By that time the walkers had run out of water and were suffering the effects of dehydration.

“An SOS call was made, the hikers were rescued by helicopter and conveyed to the Batchelor Clinic, where they have all since been released, fit and well.”

Sgt Kennon also said they received another report from a hiker in the Kakadu National Park area, who had also become lost.

“He had become lost after leaving his group to take a ‘short cut’ and lost his bearings,” she said.

“He was fortunately reunited with the rest of his group and returned safely.”

Sgt Kennon reminded hikers to be aware of the harsh weather conditions if they’re planning to go hiking in the Territory’s parks.

“Anyone planning on walking the marked trails, please go prepared, take sufficient water and equipment, stay on the marked trail and pay attention to safety signs and avoid walking in the hottest part of the day,” she said.

“There is more information on the NT Government website under Parks and Reserves.”

Acting Commander Brendan Muldoon meanwhile said it was a sensible decision by the hikers to call triple zero for assistance at the earliest opportunity as it allowed us to locate the trio quickly and safely.

“I would remind anyone hiking to be well prepared and equipped, especially ensuring you have enough water with you. It is also highly recommended you take a Personal Locator Beacon with you whenever travelling remotely,” Cdr Muldoon said.