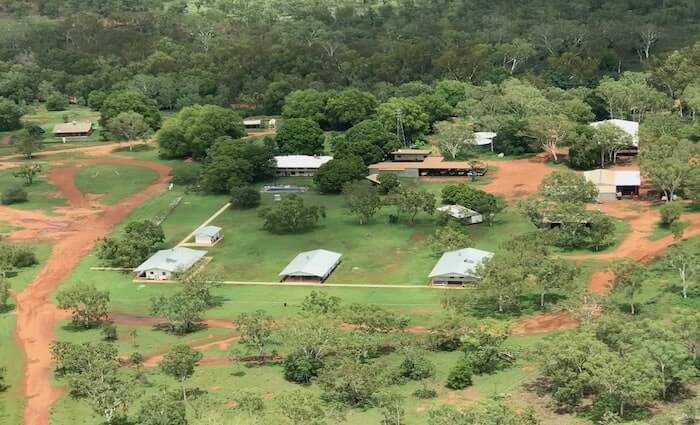 UPDATED: A cattle company that owns Ambalindum Station in Central Australia has been convicted and fined $30,000 for failing to assess the appropriate competencies and training for contractors, after two people who were working on their property fell from a telehandler and were seriously injured in 2018.

Hewitt Cattle Australia Pty Ltd pleaded guilty in the Alice Springs Local Court for breaching Section 32 of NT’s Work Health and Safety Act of 2011 and for not meeting the company’s health and safety requirements before high-risk work such as working from heights could begin at the company’s worksite.

On February 8, 2018, Ryan Watts a contractor at Ambalindum Station, and two workers he had subcontracted, were using a telehandler fitted with a man cage at the top of the crane arm to install downpipes on a new shed at the station.

The man cage, which they were in, broke free and fell over two metres seriously injuring Mr Watts and one of the other men.

Hewitt Cattle conceded that they should have verified the contractors had the appropriate competencies and training to use the telehandler.

The company also owned up for failing to undertake a risk assessment for jobs classified as “Restricted High-Risk Job Task”.

NT’s Work Health and Safety Regulator Bill Esteves said administrative controls such as a documented procedure are necessary, but not enough because they do not control the hazard at the source.

“Providing an operational procedure manual is only part of the duty, as duty holders must also ensure workers are trained, and competent in the safe use of plant,” Mr Esteves said.

“Most importantly, plant should never be operated without a risk assessment to determine whether further controls are necessary to eliminate hazards from the workplace,” he said.

Hewitt Cattle was also required to pay a victim’s levy of $1,000.

Mr Watts was fined $4,000 for breaching one of the provisions of the Work Health and Safety (National Uniform Legislation) Act 2011 by failing to comply with a written notice to produce documents and information on the incident’s investigation.

EDITOR’S NOTE: An earlier version of this article stated Hewitt Cattle Australia was convicted and fined for hindering and ignoring an NT Worksafe investigation over the incident. This was incorrect and the NT Independent regrets the error.