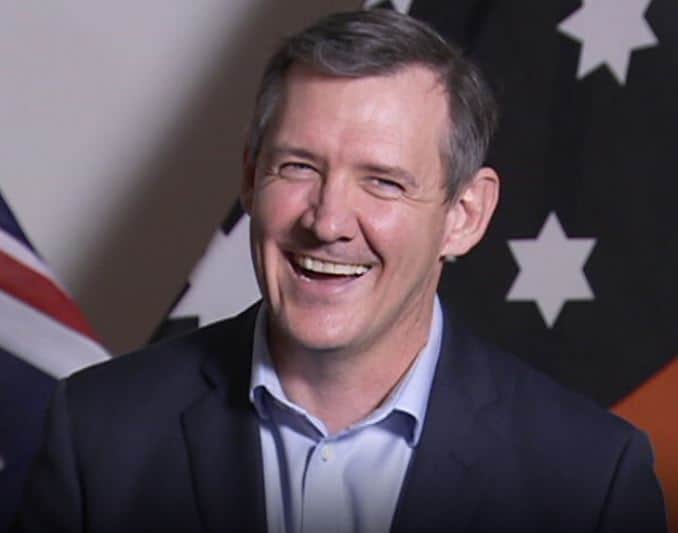 Chief Minister Michael Gunner has still not explained to anyone’s satisfaction why his Cabinet approved $12 million for the Darwin Turf Club grandstand project that ultimately went to a major party donor without proper scrutiny, the Opposition says.

Deputy CLP leader Gerard Maley said Mr Gunner has avoided being “open and honest” with Territorians about his Cabinet’s role in approving the taxpayer money based on an application that the ICAC found had no business case and was “spurious”.

Mr Maley said Mr Dixon’s $100,000 donation to the ALP through different companies in the lead up to the 2016 NT election “has a stench to it”.

“It needs to be investigated [further] and Michael Gunner needs to come clean and explain how this $12 million was granted in one day to the grandstand in his own electorate of Fannie Bay,” he said.

“I’m not satisfied that Michael Gunner has been completely open and honest to Territorians.

“We don’t know who brought what into Cabinet and what the process was in relation to the due diligence done for $12 million that was approved.”

Mr Gunner was not asked any questions about his Cabinet’s role in approving the funding during a press conference this morning. Instead, he was asked about the Turf Club board members’ resignations, which he said included all but three members.

Mr Gunner also confirmed his former chief of staff Alf Leonardi, whom the ICAC alleged acted dishonestly and breached the public’s trust by his conduct, had recently resigned from his senior role in the Department of Education where he was moved after being dismissed by Mr Gunner in late 2019.

The ICAC report had also found Mr Leonardi pledged to Mr Dixon that Labor would top up funding to the NT racing industry by $17.8 million for a single year, two months before the donation – made up of two donations of $50,000 – was made to the Labor Party.

The NT Independent revealed yesterday that Mr Gunner cancelled a meeting with a federal Minister who had come to town this week to discuss federal funding for major projects for the NT because he was defending his government’s handling of the growing scandal in a radio interview.

“His decision to cancel a meeting with new Northern Australia Minister David Littleproud to discuss federal funding initiatives for the Territory [is troubling],” Mr Maley said.

“Searching for strategies to cover his own backside is now a higher priority for the Chief Minister than strategies to grow the Territory economy.”

Mr Gunner claimed this week that Cabinet had been given “bad information” and believed the project had gone through a market-led proposal process for 12 months, when it had in fact just started that process.

It remains unclear why Mr Gunner was under that belief and why he did not check the project’s status as the then-Minister for Business before approving the funding.

He has also not explained why Cabinet approved the funding as a straightforward grant instead of a market-led proposal that would have required the Turf Club to put money towards the project.