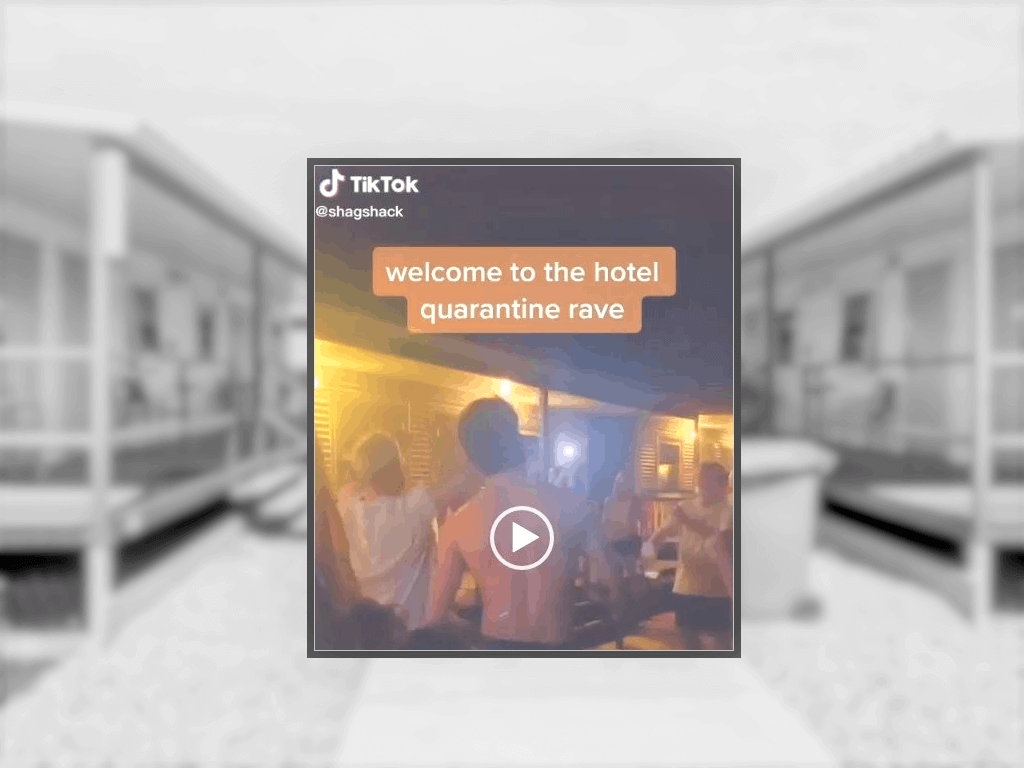 The Gunner Government’s failure to properly control a quarantine facility that resulted in a “dangerous” party of potential coronavirus carriers this week has shaken public confidence, with fears a Melbourne hotel situation could occur here, the CLP Opposition says.

The accusation comes after the NT Independent uncovered a video posted to social media this week showing a group of about 20 people partying in close proximity at the Howard Springs quarantine facility, with some ignoring the rule to wear masks.

CLP spokesman for National Resilience Gerard Maley called on Chief Minister Michael Gunner to take control of the quarantine situation, highlighting the botched oversight of hotel quarantine in Victoria, which led to the strictest lockdown measures in the nation so far.

He also questioned why the Gunner Government ignored public safety questions asked about the rave.

“Mr Gunner now needs to take control of the situation and establish the circumstances surrounding the rave party or parties.”

Mr Maley said the Chief Minister went to the August 2020 election with promises of a safe Territory, but the party at Howard Springs appeared to be in “direct contradiction” of that pledge.

“What can be seen in social media and media reports is extremely concerning,” he said.

“It is especially disappointing that the Minister for Health, Natasha Fyles, has refused to answer questions about this event.”

The video, which has been labelled “dangerous behavior” by the president of the Australian Medical Association NT, appeared to have been taken down as of late Friday afternoon.

“We are always concerned here in the Northern Territory of a COVID-19 outbreak that could slip into our Aboriginal communities where comorbidity is more prevalent,” AMA NT president Robert Parker said.

“If there are people coming from COVID hotspots, there is every chance they are asymptomatically carrying the bug. It is a bug people in some cases don’t realise they have.

“This is dangerous behaviour.”

The video has also raised concerns within the community, with some on social media calling for the NT Government to “thoroughly investigate” the situation.

“This is [a] real worry. Even if the “rave” is a beat up, any slack in quarantine procedures is dangerous and unforgivable. This must be thoroughly investigated,” one commenter wrote.

NT Health Minister Natasha Fyles ignored public health questions about the video on Thursday, but speaking with Katie Woolf on Mix104.9 ton Friday, she said that while she had not seen the video, “the way it’s just been explained to me does raise some concern”. 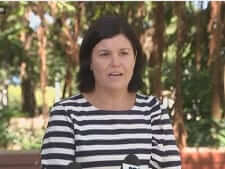 Minister for Health Natasha Fyles spoke to Katie Wolf on Mix104.9 this morning about the video that has surfaced from Howard Springs.

Ms Fyles asserted the facility is being run by professionals and is yet to see a case emerge, despite accommodating more than 3000 visitors from COVID-19 hotspots such as Victoria since it was dusted off at the onset of the pandemic.

“The commentary that you’ve just provided, the way it’s been explained is a little concerning to me as a minister so I will ask questions around that, but that’s a facility that has cared for hundreds of people in the most professional way over some months now,” she said.

“We do need to remember that this professionally run facility hasn’t seen outbreaks of coronavirus, we’ve got people out there working around the clock, very long hours in very difficult circumstances, caring for people and is providing that option to get people into the Territory.

“So I won’t provide further commentary, I’ll ask the department to look into that and certainly go from there.”

Ms Fyles said procedures were in place at the Howard Springs quarantine facility in the instance a case of the virus did arise, but did not elaborate.

And in response to questions over whether she was satisfied authorities would be able to pick up a case of the virus if it were to arise from the party, she pointed to “a track record… that’s kept people safe for months now”, and rigorous testing on entrance to the facility and at the day 10 milestone.