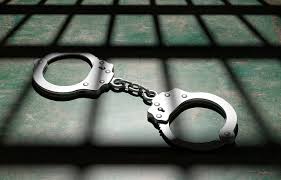 The Gunner Government’s proposed youth bail laws introduced to Parliament this week have attracted staunch opposition from Aboriginal legal and health organisations, who say the measures are “inhumane, expensive and ineffective”.

The North Australian Aboriginal Justice Agency (NAAJA) along with other Aboriginal groups staged a protest in front of Parliament on Wednesday morning, calling for an inquiry on the NT Youth Bail Reforms law.

The protest was largely ignored by the government.

NAAJA said that the proposed reforms undermine the fundamental principle of the justice system – the presumption of innocence.

“Removing bail for young people is denying them a chance to rehabilitate in community rather than be remanded in detention,” the organization said in a statement.

In a statement, Minister for Police, Fire and Emergency Services Nicole Manison said the amendments will “hold repeat offenders to greater account” and suggested the measures would be passed next week.

Under the proposed bail reform legislation, the presumption of bail for certain offences will be removed, and the NT Police will be given further powers to use electronic monitoring of young offenders.

The measures will also see automatic revocation of bail where a young person commits a serious breach of bail and they will be taken into custody, the government said.

A serious breach of bail under the amendments includes re-offending while on bail, breaching certain electronic monitoring conditions and curfew, failure to attend court, and failing to complete youth diversion.

Judges will also be given information on breaches of bail to make the “best sentencing decisions”.

Authorities will also be allowed to conduct breath testing to youths driving a vehicle to identify if they are driving under the influence, amending Traffic Act 1987 where a responsible adult needs to be present for a breath-test to conducted for youths.

“These amendments are the direct result of feedback from frontline Police and relevant organisations, agencies and groups,” Ms Manison said. “They will complement the suite of work we have done to break the cycle of generational offending.”

Examples of breaking that cycle were not provided and stakeholder groups said they were not consulted.

The NT’s Aboriginal legal and health organisations said they were not consulted on the proposed amendments and said they were strongly opposed to Mr Gunner’s “tougher than ever” youth bail reforms.

NAAJA said that the proposed reforms will “roll back” critical recommendations made by the Royal Commission into the Protection and Detention of Children.

NAAJA said they would also seek an inquiry to find out who was consulted in the process of drafting these reforms.

“We ask that the inquiry finds whether these reforms align with recommendations put fourth by the Royal Commission,” the statement said.

The Indigenous Labor Network of the Northern Territory, in a letter obtained by the ABC addressed to Mr Gunner, also called for a stop on what it said were “regressive changes” that would disproportionately affect Aboriginal young people.

“We also urge that the government ceases tough on crime rhetoric that misrepresents the situation for Aboriginal children, contributing to racist community attitudes towards them,” the letter stated.

Danila Dilba Health Service also condemned the proposal, which they say would see an increase in the incarceration rates of Aboriginal children.

The Gunner Government has admitted that changes to the youth bail laws will increase the number of young people being held on remand and they are preparing to refurbish disused sections of the Don Dale youth detention centre “if required.”

Amnesty International Australia also said that youth incarceration is not the solution.

“We know that the reasons why kids commit crimes will never be addressed in prison. And so do all of the experts. The NT Government are trying to rush this harmful bill through parliament,” they said in a statement.

In a statement, the NT’s Acting Children’s Commissioner Sally Sievers also said that she was not given the chance to discuss the proposed reforms with Mr Gunner and Ms Manison after numerous requests.

Ms Siever said she has no idea where the government is getting their data or who has been feeding them information to justify their amendments.

“We don’t have any information of who has been providing the information about what the evidence base is, what the impact of that legislation will be on Territory children,” she said.

“Resorting to this regressive and expensive policy direction has the potential to doom future generations of Territory children to a life within the justice system.”

The amendments, which were announced in the wake of a national television program highlighting out-of-control crime in Alice Springs, were kept under wraps until Wednesday in Parliament.