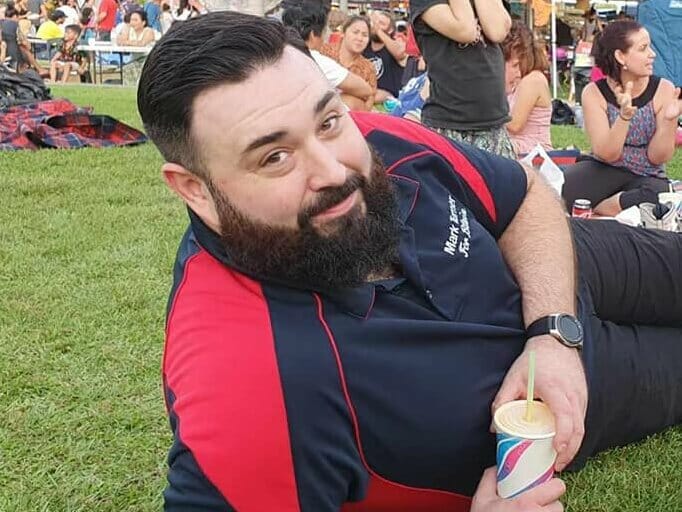 The NT Parliament’s disciplinary committee’s investigation into Labor MLA Mark Turner’s conduct has been delayed by the government until some time next year.

Leader of Government Business Natasha Fyles passed a surprise motion in Parliament this afternoon to extend the Privileges Committee’s deadline for reporting on the matter to the first sittings of 2022 without explanation.

They were scheduled to provide a report to Parliament tomorrow.

In February, Mr Turner was referred to the Privileges Committee for lying to Parliament about his involvement in an extra-marital affair with the same woman in which the Chief Minister’s senior adviser Kent Rowe was also carrying out an affair.

Mr Turner was booted from the Labor caucus by Chief Minister Michael Gunner in February, after Mr Gunner said Mr Turner had lost the trust of his Labor colleagues and for misleading Parliament about the nature of his relationship with the woman at the centre of the so-called “cocaine sex scandal”.

The CLP Opposition referred Mr Turner for disciplinary action in a motion that was supported by Labor.

However, Labor today moved to delay the investigation with no explanation.

Independent MLA Robyn Lambley said it was clear the Gunner Government did not intend to take the allegations against Mr Turner seriously and were playing politics after first condemning his actions.

“The hypocrisy of the Gunner Government is palpable,” she said.

“A couple months in the doghouse and all is forgiven and forgotten apparently.

“Betray your colleagues and family, breach the ethical standards of your caucus but you will land back on your feet in no time if your party is pushed for numbers.”

Mr Gunner told Parliament in February that Mr Turner “continues to act dishonestly about his relationships and interactions with others”.

“The Member for Blain has lost my trust,” he said.

“He has lost the trust of the caucus. He is no longer a member of Labor’s parliamentary team.”

Mr Turner, a former police officer, had maintained in Parliament that he had not engaged in, and did not condone, any illegal activities.

However, messages revealed Mr Turner was aware of the woman’s drug use and appeared indifferent when she told him her friend was in hospital after a “bad batch of coke”.

Mr Gunner also attempted to have Mr Turner kicked out of the Labor Party altogether, but his pleas were ignored by the party, raising questions about Mr Gunner’s leadership.

Mr Turner’s connection to the Gunner Government has been ambiguous since he was thrown out of caucus. He routinely attends Parliament for no more than a few minutes a day although he has voted with the party.

He is currently the subject of an investigation by the Independent Commissioner Against Corruption.

The NT Independent revealed last month that the ICAC’s investigation into the matter will also include an examination of how Mr Gunner’s office handled the scandal.

The CLP has repeatedly accused Mr Gunner’s office of attempting to cover up the scandal.

Editor’s note: Ms Fyles told media on Thursday – the day after passing the motion to delay the report – that an extension of time was sought by the Privileges Committee to respect the ongoing ICAC investigation into Mr Turner. But she did not explain why she felt the committee could not look into details of the matter that relate to Parliament at the same time.