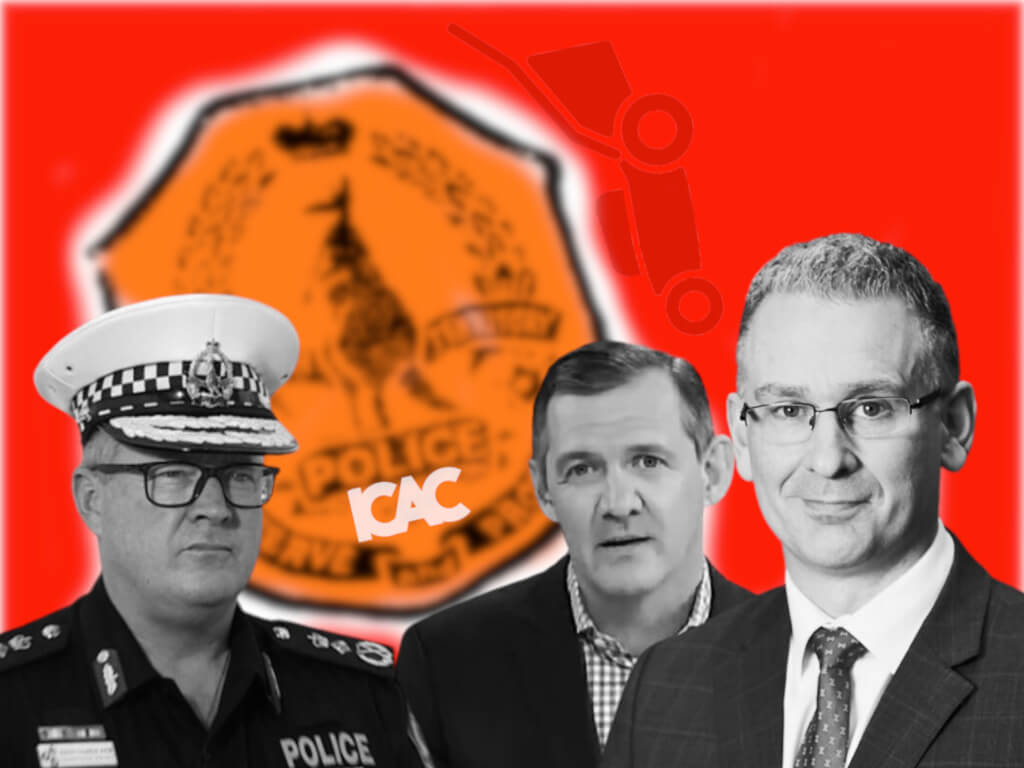 Chief Minister Michael Gunner has thrown his support behind beleaguered Police Commissioner Jamie Chalker in Parliament, in the face of three NT Independent articles this week based on different detectives’ diary notes that contradict Mr Chalker’s claims that he was not involved in the process to charge Constable Zach Rolfe with murder in 2019.

Mr Gunner also took the opportunity in Parliament to claim he was not under investigation by, and was not a witness in, the ICAC investigation into allegations of political interference in the charging of Constable Rolfe – a claim that Independent Commissioner Against Corruption Michael Riches has refuted.

The Opposition CLP continued their attack on Mr Gunner during Question Time, repeatedly asking him if he would be a witness in the inquiry or was under investigation. Mr Gunner gave the one-word answer “no”, every time.

However, Mr Riches told the NT Independent that Mr Gunner may in fact be called as a witness during the investigation.

“Whether or not someone will be required as a witness is ultimately a matter for me to determine as my investigation progresses,” he said.

“No one should assume they will or will not be required as a witness.”

Mr Gunner fumbled his words when asked in Parliament by the Opposition if he still had confidence in Mr Chalker after recent reports in the NT Independent.

“Does the police commissioner still have your full support?”

“I support our Police Commissioner,” he said.

“I obviously would, ah, always play great caution to any, um, … I’ll be very careful about what I say ‘cause I’m aware there’s an ICAC investigation here, we have to be very careful of what we say.

“I completely support the Police Commissioner, absolutely. I think we should all be careful about things we may hear and not take, take all these things with a grain of salt and trust with the ICAC to do their job.”

The NT Independent revealed on Thursday that notes from a senior investigator into the 2019 shooting death of Yuendumu man Kumanjayi Walker stated that the decision for the arrest and murder charge of Constable Rolfe came from the “top level of police”.

The NT Independent also revealed this week that Mr Chalker had personally referred Constable Rolfe to the ICAC two days after the shooting incident for “suspected improper conduct”.

It was also revealed this week that Mr Chalker attended a meeting with senior executives 15 minutes before detectives were called in and told to arrest Constable Rolfe for murder.

He was found not guilty by a Supreme Court jury on March 11.

In a press conference last Wednesday, Mr Chalker told reporters the investigation was done at “arm’s length” from him, that he was “shocked” by the charges, and that he had never been involved in a meeting where the charges were discussed. He was asked, on the basis of concerns outlined in the police notes, why Constable Rolfe was charged so quickly.

“I can’t give you an answer to that because I wasn’t involved in that,” he said.

The ICAC announced his investigation into the four days between the shooting and the charges being laid on Tuesday, which will include examining the allegations of improper conduct in the charging of Constable Rolfe.

Mr Riches said earlier in the week that public hearings could be held as part of the inquiry.