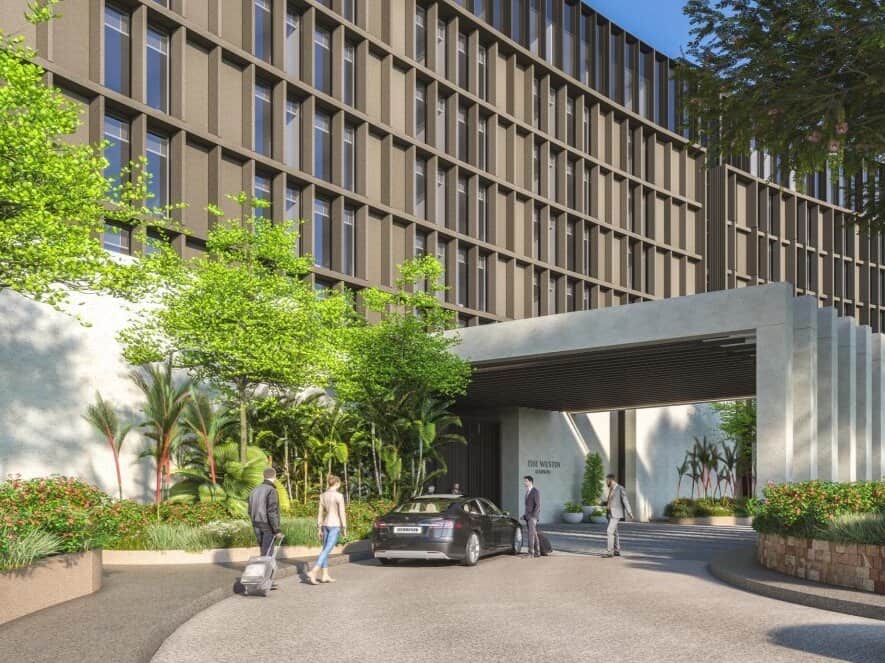 Developer Landbridge, which is the Chinese-owned company that runs the Darwin Port, had originally hoped to complete the luxury hotel by 2022, but Westin’s parent company, Marriott International, pushed the completion date back to 2023.

Mr Gunner said a contractual dispute will further delay the construction of the project.

“Obviously the work still has to occur, so what Landbridge is now doing is working through the best way of doing those works.

“(The delay) will be significant months, I would have thought.”

Mr Gunner said the dispute involved the construction of the seawall in front of the hotel.

“The work that was happening at the seawall was obviously behind time,” he said.

“It was a lot more difficult, a lot more expensive than either party realised; it’s why they had a contractual dispute.”

In 2018, Landbridge released design plans that outlined that the Westin-run hotel would offer 237 rooms across its eight levels.

But changes to stages three and four of the hotel’s development plan has resulted in 201 rooms — not 237 as previously outlined.

It was also expected to create 150 ongoing jobs after completion.

Opposition Leader Lia Finocchiaro said the delay to the project, along with the announcement of delays to Project Sea Dragon, was disappointing.

“This is hugely concerning for our already weak economy,” she said.

“Project Sea Dragon and the luxury hotel commenced under the previous CLP Government, if this isn’t an example of the Gunner Government being unable to deliver on projects and stimulate our economy, I don’t know what else is.”