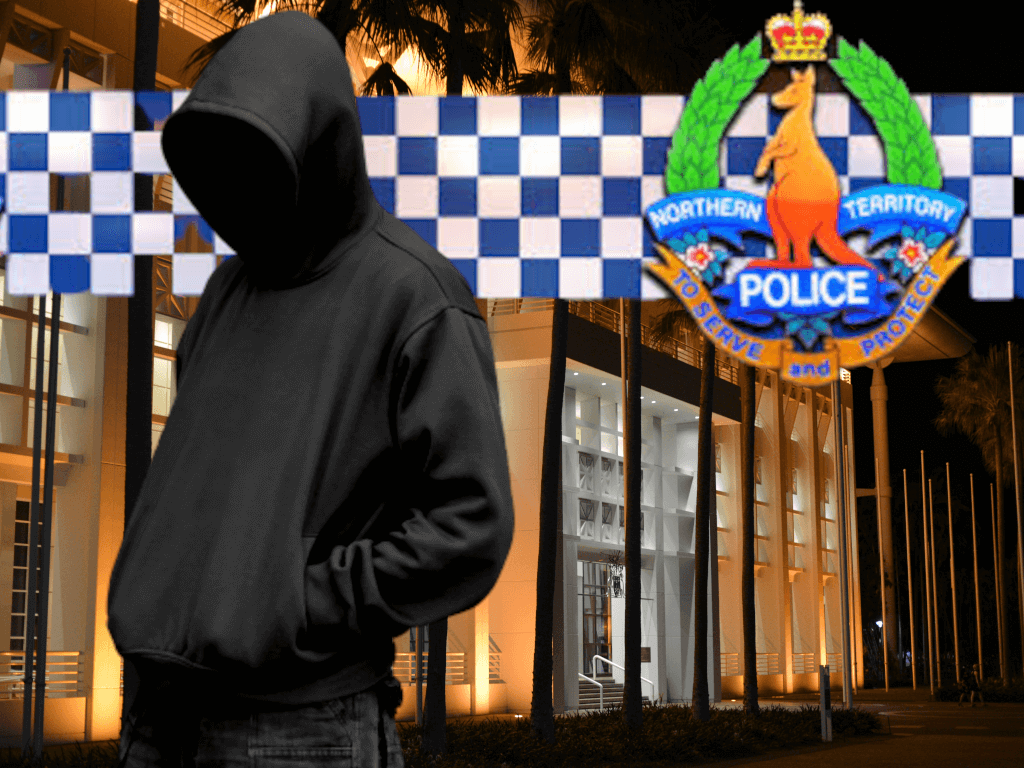 Nearly half of 239 young offenders arrested in the NT in the first nine months of the last financial year had committed crimes while on bail and most of those were bailed again, while only one adult has been arrested under the Gunner Government’s new “ringleader” legislation, new figures show.

The figures were disclosed as part of questions on notice by the CLP Opposition who had asked Police Minister Nicole Manison and Attorney General and Justice Minister Selena Uibo a series of questions around youth offending, repeat offending, breach of bail, bail statistics and arrests under the new ringleader legislation.

The figures also state there were 117 arrested for new alleged crimes whilst on bail. They were arrested a total of 192 times, and of these there were 100 alleged offenders who were again bailed across a combined 160 arrests.

The sentencing breaks down as follows: 26 went into detention; 33 were sentenced to partially suspended detention; 18 received a fully suspended sentence and/or an alternative to detention – which included conditions such as being forced to stay at an address determined by the court, not being allowed to drink or take drugs, and attending rehabilitation programs – seven received a community work orders; 10 were fined; and 133 received other penalties, primarily levies, good behaviour bonds, and no further trouble orders.

The figures did not indicate if the other 29 had their matters finalised or charges dropped. The Estimates questions were asked from June 21-23.

Other youth crime figures provided show, that from April 1, 2020, to March 31, 2021, there were 33 charges of assault with intent to steal laid. Of those, 12 were finalised, with eight offenders found guilty but no conviction recorded, and two sentenced to detention for an average of four months.

In the same period there were 147 robbery charges laid against young people, which included the 33 charges of assault with intent to steal, and 114 other robbery charges.

Of those, 44 charges were withdrawn, while nine offenders were sentenced to detention for an average sentence length of 371 days. There was no information provided about what happened to the other charges.

The impact of the new youth bail laws

New youth bail laws, called the Youth Justice Legislation Amendment Bill 2021, were fast-tracked through the NT Parliament on May 11, but saw last minute changes to the legislation.

It commenced on May 15, and the changes included revocation of bail for youths committing newly identified “serious” offences, creation of an automatic revocation of bail for reoffending or condition breaches, removal of the presumption of bail for first-time offenders, and blocking courts from referring a youth offender back to police for diversion if police didn’t think it was suitable.

The last minute changes to the legislation also permitted judges to grant bail again for those who re-offend or breach bail, under undefined “exceptional circumstances”.

From May 14, the figures show 18 young people had been sentenced to detention.

In that time, 56 young people on bail have been subject to a curfew, electronic monitoring or both.

These are only the figures of youths who were actually arrested by NT Police. Officers have told the NT Independent young people are often not arrested because of what officers perceive as issues with interviewing alleged youth offenders, or even an unwillingness for officers to chase alleged offenders because of a lack of consequences.

One source previously said officers were obligated to offer the opportunity for the young person to speak to a lawyer but the youth could refuse speaking to someone. Now it is mandatory.

The ringleader legislation; one person arrested

The Criminal Code Amendment Act 2021, otherwise known as the ringleader legislation, brought in changes that meant adults who recruit kids to commit offences would face up to 10 years in jail.

The law commenced on May 17, and according to government figures, there has been only one adult arrested under the law.

The policy was actually first announced in June of last year, but addressing Estimates in December last year about youth crime in Alice Springs, Police Commissioner Jamie Chalker talked about apprehensions made by Strike Force Viper and said they had been able to catch all the relevant ringleaders.
He never mentioned problems with adults causing young people to commit crime.
“Pleasingly, the predominant ringleaders have been identified and are either on remand, have been imprisoned or have been under relevant controllers that relate to further work we have in place with other agencies,” he said at the time.
Opposition Leader Lia Finocchiaro said the one summons was further proof the Gunner Government had no idea about tackling law and order issues.

“Territorians, for months, were told by the Gunner Government that ringleader legislation was more important than bail and youth justice amendments,” she said.
“Everyone knew it was a distraction from tackling the real issue, youth crime. And the pitiful figure of one summons is further proof of that.

“In the meantime, Territorians continue to suffer under an offender-focussed regime.”
In February, Darwin criminal lawyer Matt Hubber told the NT News, the government needed to focus on fixing Territory specific issues and not follow other jurisdictions.
“This proposed law is really a rehashing of punitive Victorian measures introduced as a knee-jerk reaction in that jurisdiction to a perceived increase in youth crime, which is what is happening here,” he said.

“I’m not sure what the legislation is really aimed at remedying.

The brief backstory to the legislation

Last March, the Gunner Government removed breach of bail for young offenders as a criminal offence, following recommendations by the royal commission into youth detention.

They also instituted the presumption of bail to favour releasing young offenders instead of keeping them in detention after committing an offence.

During a February visit to Alice Springs amidst public anxiety about youth crime in the town, Ms Manison told the ABC the focus on bail laws causing problems was misplaced, and Labor’s focus was on the ringleader laws aimed at adults who recruit young people to commit crime.

As evidence against what she said was the “furphy” of almost automatic bail laws, she cited the fact there were 30 young people on remand in the NT at the time.

“The reason why that’s not where we’re at is because we’ve got a system that does make sure if people have committed a crime where they should not be getting bail and they should be remanded, then they do get remanded,” she said.

The CLP Opposition had repeatedly called on Chief Minister Michael Gunner to reform bail laws which they said would help reduce the crime wave across the NT, and on March 21 announced they had created their own legislation, which included mandatory electronic monitoring for every repeat offender if they get bail and reintroducing breach of bail as an offence. The bill was introduced on March 24, and was voted down on May 5.

Despite Mr Gunner claiming to have first announced his youth justice reforms before the last election, there was nothing firm presented to the public until March 23 this year, when the Gunner Government issued a statement ahead of the CLP’s proposed legislative youth justice reforms and following the nationally broadcast A Current Affair report on out-of-control crime in Alice Springs.

At the time of the ACA report, CLP spokeswoman for tourism Marie-Clare Boothby said she has spoken to tourism operators who say they have had bookings cancelled in what has become a “public relations disaster”.

She said while the Gunner Government’s $2 million “Seek Different” tourism campaign had received 220,000 views on the Territory tourism YouTube channel, that number was far eclipsed by the more than two million Australians who watched the A Current Affair segment on crime in Alice Springs.