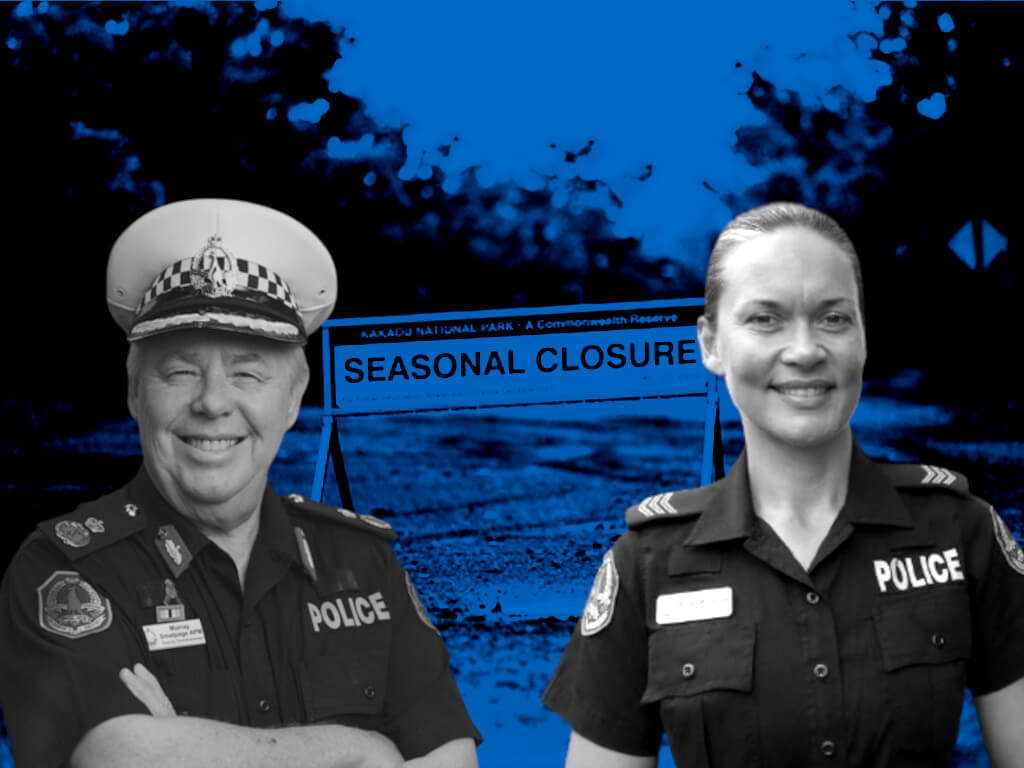 Former NT Police Acting Superintendent Renae McGarvie has been fined, along with three others, for entering a closed part of Kakadu National Park and requiring a helicopter rescue, Parks Australia has said, while NT Police refused to disclose whether disciplinary action was taken against Deputy Commissioner Murray Smalpage’s former staff officer.

In addition, the driver who went around a locked gate to access the closed area was fined $1100, he said.

The NT Independent revealed in January that Ms McGarvie – who was an officer at the time but has since left the force – and her husband were one of two couples who had to be rescued in a joint operation between NT Police and Parks Australia. Parks Australia has never said how much the rescue cost or if they sought restitution by the offenders.

The couples had driven down a road of the Kakadu Highway which had a sign stating the area they were were headed to was closed for the Wet, followed by a temporary road closed sign across the road further along, and finally locked gates before a single lane bridge across the South Alligator River.

The couples were caught by rising water and couldn’t get back across the river. It was the other couple who drove around the locked gate.

At the time, NT Police did not issue a media release about the rescue, and media manager Rob Cross did not respond to questions about any NT laws that could have been broken or any potential disciplinary action against Ms McGarvie, or how not reporting the incident publicly aligned with NT Police’s own transparency guidelines.

Mr Cross again did not respond to questions and it is unclear if there were any local laws broken and if Ms McGarvie was subject to any internal discipline.

Mr Cross did not say why Ms McGarvie had left NT Police but several sources have told the NT Independent she was angry over something connected to her Kakadu trip.

Who gets disciplined and who doesn’t

Ms McGarvie spent time as a staff officer to Mr Smalpage, which is a coveted job working directly for a member of the top brass. It means the officer works in the executive section in the NAB building in Darwin city, and it is widely viewed as a springboard for promotion. Formerly these positions were publicly released for expressions of interest but are often now direct appointments by the particular police executive without the role being advertised.

On Saturday, Sergeant Mark Casey was suspended without pay just hours after an opinion piece he authored was published in the NT Independent, in which he wrote that Police Commissioner Jamie Chalker had breached the values of the NT Police force through his handling of the murder charge of Constable Zach Rolfe, while also critical of the “authoritarian” approach Mr Chalker and the executive were taking to managing the force and called for the reinstatement of the NT Police’s core values by holding a no confidence vote against Mr Chalker.

Mr Smalpage was the man who made the call to strip Sgt Casey of his livelihood over the opinion piece, according to Deputy Commissioner Michael Murphy in a Mix 104.9 radio interview on Thursday. This is despite Sgt Casey also criticising Mr Smalpage in his opinion piece, raising a perceived conflict with the decision.

Mr Cross did not respond to a question of how Ms McGarvie’s relationship with the top brass potentially influenced any decision on disciplinary action.

In September last year, Mr Smalpage inadvertently live-streamed himself saying “murder” would be the best collective noun for a group of police officers. The video concludes with Mr Smalpage entering another meeting with the head of NT Police’s Professional Standards Command Bruce Porter. 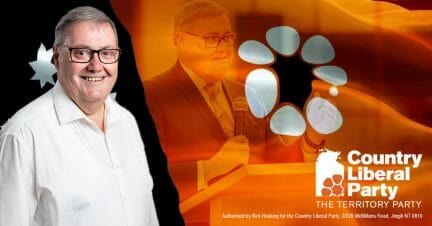 The NT Police Association called on Mr Chalker to stand down Mr Smalpage for bringing the NT Police into disrepute because Constable Rolfe was facing a murder trial, and rank and file officers found it in very poor taste. But Mr Chalker refused to enact disciplinary action against his deputy.

Mr Chalker said it was because Mr Smalage issued a statement saying he did not mean to cause offence, and Mr Chalker followed that by saying, if the “people in the world were much kinder to one another, we would be in a far better place”.

However, Mr Smalpage had the police media unit issue a statement on the Sunday with a qualified apology “if my remarks were construed in any other way”, and it was only issued after the recording had been shared across social media over the weekend, not when it was first broadcast some time in the week before.

When appointed to the job from Western Australia in February 2020, Mr Smalpage said he would work to improve the force’s poor morale, which was raised repeatedly by the NTPA even back then.

“I care about the police officers and their families who live and work in remote Australia and I have a real desire to make a difference in their lives to make it better,” he said at the time.

In a radio interview this week Mr Murphy –  who is acting Commissioner while Mr Chalker is mysteriously away – said: “As police officers we’re accountable for what we say and what we do.