Fears COVID ‘public health emergency’ could be extended for years with no evidence: Opposition 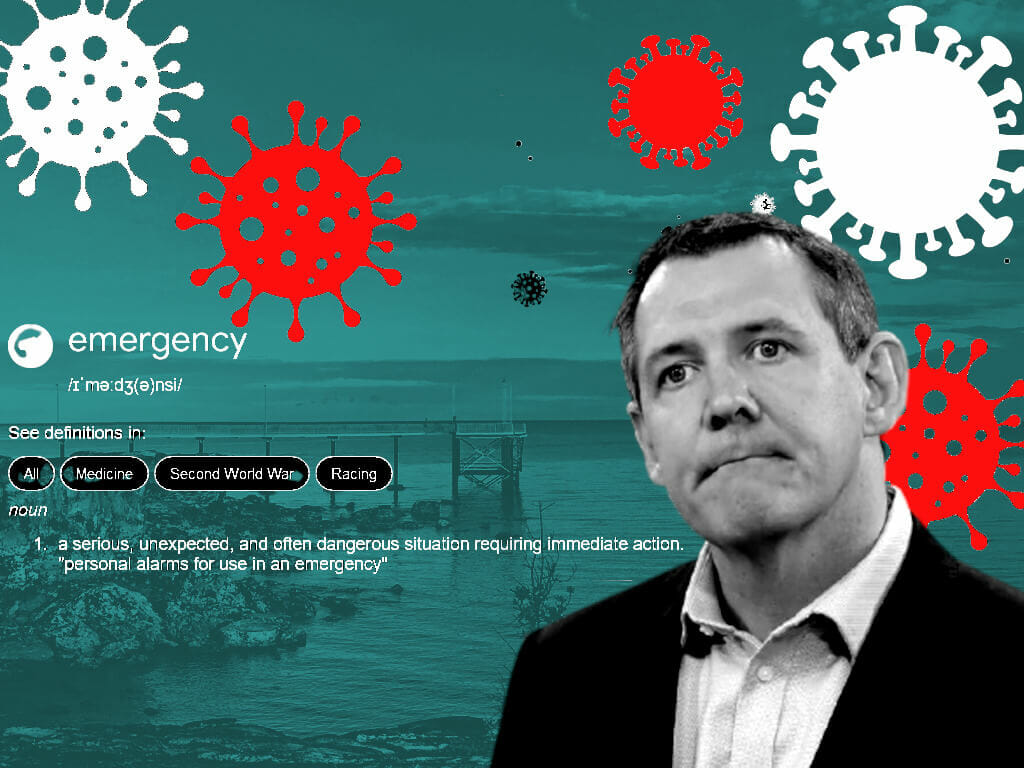 Under the Public and Environmental Health Act, the government has been rolling over the declared COVID public emergency declaration every three months without providing any formal reports to Territorians since the pandemic was first declared two years ago.

The declaration gives the government extraordinary powers under the chief health officer’s orders, including restricting the movements of citizens, forcibly removing people from areas or their homes, searching homes and seizing items and has also been relied on to enforce measures including masks and vaccination mandates.

But the actual severity of the public health emergency has been called into question after the government quietly permitted unvaccinated people to enter the NT without having to isolate or fill out border entry forms late last month, which critics say shows there is no longer an urgent public health emergency.

“With high vaccination rates in the Territory and across the country it has become an unnecessary use of resources to require all travellers to complete a border entry form to enter the Territory,” the government said in a statement explaining the changes on February 18.

CLP health spokesman Bill Yan said the Gunner Government needs to explain to Territorians what the current state of play is regarding the pandemic and whether an actual serious public health emergency currently exists for the Northern Territory.

“The CLP supports the safe return to normal as soon as possible and Michael Gunner needs to outline, as a priority, what the heath advice is on scaling back COVID restrictions and what the plan is to end the emergency health declaration,” he said.

“There is nothing in the Act that requires confirmation that the criteria for a public health emergency, including ‘circumstances of such seriousness and urgency exist that are, or threaten to cause, an immediate serious public health risk’ still exists when the declaration is being extended.”

Public report by CHO could be delayed until after next election: CLP

The CLP has argued for amendments to the legislation that would require the chief health officer to report to Parliament every three months to make public the public health advice he is providing the government so the public better understands how decisions that affect their lives are made.

Hugh Heggie is currently only obligated to provide a report to Parliament within three months of the end of the emergency health declaration – which could be up to another three years, Mr Yan said, based on comments from Health Minister Natasha Fyles in Parliament last month.

“While defending her decision to spend $130 million on Rapid Antigen Tests, Health Minister Natasha Fyles signalled NT Labor is preparing for pandemic conditions until at least 2025, telling the February parliamentary sittings ‘That figure is an estimate of what we might need to use over the next three years …’.

“That means Territorians might not see a report by the chief health officer – outlining what health advice is being given to the Gunner Labor Government and how that advice is being implemented – until at least 2025, which is after the next election.

“The scandal-plagued Gunner Labor Government will do everything it can to keep a grip on this unprecedented level of power.”

On Wednesday morning, Mr Gunner announced the indoor mask mandate would be lifted on Monday, and the check-in app use limited to pubs and clubs, based on “health advice” provided to him. He did not elaborate on the details of that advice, but admitted that the peak of the Omicron variant outbreak had subsided.

“We can say with some certainty that we have passed the peak,” Mr Gunner said.

“The decision that we have made today is not a sign that COVID is gone, we know it’s not going anywhere.

“We also know that we can live with the virus and get on with things as we must.”

Mr Gunner’s office did not respond to questions about when the government would consider lifting the public health emergency declaration or what grounds they are relying on to keep the declaration in place.