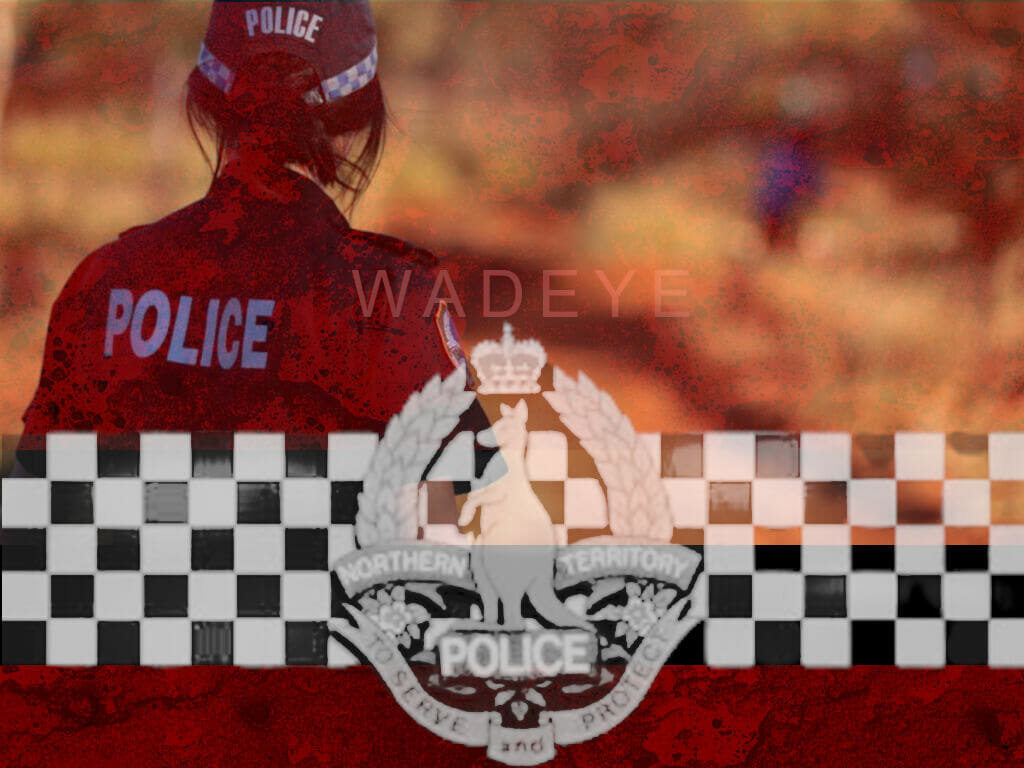 Ongoing “disturbances” in Wadeye will only be resolved if family groups, elders, traditional owners and government agencies come together to discuss and implement solutions to the current feuds plaguing the community, the NT Police have said, adding they had 17 arrest targets under investigation for riotous behaviour.

The town has been the site of ongoing fighting, including intermittent riots for at least two and a half months, with one man killed, and others speared or shot with arrows, many houses destroyed, and it was revealed at Estimates on Wednesday, that 545 people have now been displaced which federal NT Labor Senator Malarndirri McCarthy called a “humanitarian situation”.

Estimates also heard that the damage to homes – now understood to involve more than 120 homes in the community – is now estimated at more than $5 million.

In a statement released Wednesday, Superintendent Kirk Pennuto said that since May 1, police had responded to “a number of community disturbances” resulting in a total of 13 arrests, six notices to appear being issued, and three youths being diverted, with 17 arrest targets under investigation for riotous behaviour.

Police said while they had a role to play, they could not end the violence in the community.

“The situation in Wadeye is complex and police work tirelessly to support the community in remaining calm,” he said.

“Makeshift weapons along with crossbows have reportedly been used with a small number of individuals requiring treatment at the clinic for non-life-threatening injuries over the past two months.

“These disturbances will only be solved if family groups, elders, Traditional Owners and government agencies come together in order to discuss and implement solutions to the current feuds plaguing the community. Police have a role to play, but there are many factors that are outside our ability to influence.”

On Tuesday, the NT Independent reported eight bows and four crossbows were stolen from Mitchells Adventure store in Berrimah in a ramraid on Monday, with eight bows and two crossbows stolen on June 2, along with about 200 bolts and arrows in total. The store manger said some of the weapons had been taken to Wadeye, with other sources confirming they had been used to shoot people in the remote community.

Police did not respond to questions, instead issuing the statement the next day without mentioning the break-ins they had not made public, nor providing specifics of the people who had been shot in accordance with their transparency policy.

Thamarrurr Development Corporation chief executive officer Scott McIntyre did not respond to a request to talk about the situation in the community.

Fyles Government ministers were asked several times about the situation in Wadeye during Budget Estimates and what the government was doing.

Labor MLA for Daly Dheran Young, whose electorate the community sits in, said he had been “in and out of” Wadeye for a number of weeks, taking ministers and the Chief Minister out and that a “taskforce” had been established, but he did not explain what that meant.

Chief Minister Natasha Fyles told Estimates hearings last week that the government had been coordinating efforts through the Department of Chief Minister & Cabinet and had “of course sent in additional resources” that “fluctuated”.

“We have also been working with local service providers—and so some are government and some are nongovernment—making sure that the community has that support,” Ms Fyles said.

“It is trying to find a balance in providing their support now and also allowing the space for calm so that we can step forward and try and rebuild that community. It has certainly been tough in that Wadeye community. I was out there a couple of weeks ago and took the opportunity to go out to an outstation, to one of the homelands.”

The ongoing violence in Wadeye

In late May, the NT Independent reported sources had said more than 400 people were still displaced.

Police put out a media statement at that time in which Senior Sergeant Bradley Fox said about 300 people gathered on the oval to fight using blunt and edged weapons the day before and had to be stopped with chemicals. He did not detail what weapons were allegedly used.

Departmental information obtained by the NT Independent on May 23 showed a total of 98 houses had been damaged, with 59 of those significantly damaged, including 18 that had been burnt. There were 39 that had minor damage and have people back living in them.