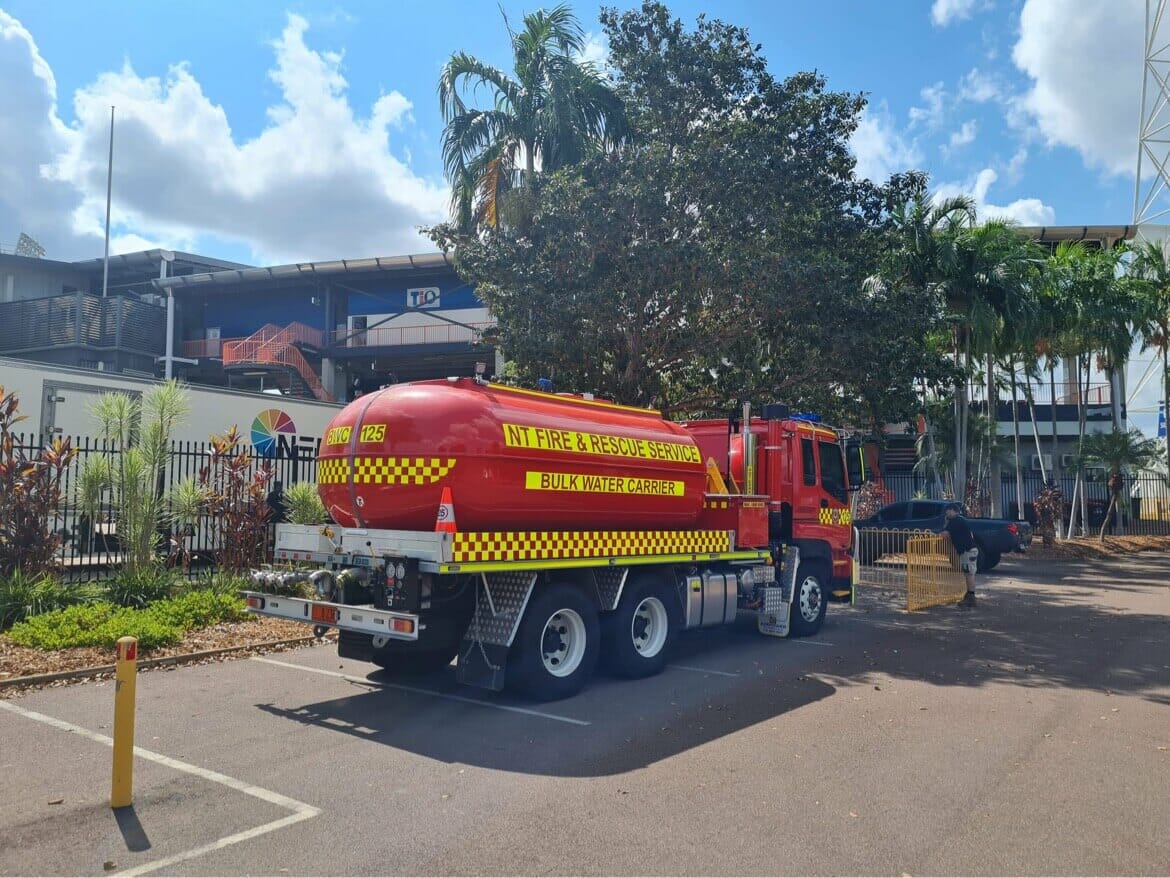 NT Fire and Rescue Service and the government have been left scrambling to find solutions for outstanding fire and safety risks at TIO Stadium ahead of today’s AFL game, that will now include bringing in an extra water tanker and other measures, however that won’t be enough in the event of a fire, an internal email shows.

The stadium does not currently have an occupancy permit due to a wide range of unresolved public safety issues – including insufficient fire hydrant pressure – with people only being permitted to enter the building for the game by a special ministerial order.

The fire safety issue was raised earlier in the week by an NTFRS health and safety officer who demanded the government and fire executives take action to address the lack of water pressure at the stadium and the current practice of disabling the fire alarm system at the stadium for major events.

The Department of Infrastructure, Planning and Logistics and NTFRS were looking at mitigation strategies, including an extra water tanker and a “Bronto” skylift fire truck being stationed on site, but other measures were rejected by fire executives who reportedly told health and safety officers it was to be “business as usual” at the stadium.

At least one firefighter raised concerns about management’s approach in an email seen by the NT Independent, and said the new temporary measures would be insufficient in the event of a serious incident and would change how firefighters approach an emergency at the stadium. 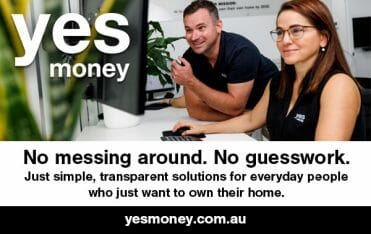 “I do not believe the bulk water tanker is enough water resource to mitigate a structure fire of the potential magnitude that TIO may present,” he wrote, adding that additional water resources to help with pressure would not be available.

The email concluded that firefighters would focus on evacuating the building rather than traditional firefighting in the event of a fire at the stadium.

“As a result of the above and the denial of my request for extra water resources by [name withheld], due to unknown risks posed by this site, my work group will be advised across the board to adopt a defensive strategy, focusing on public evacuation and safety as the resources for firefighting are extremely limited and pose an enormous risk to those combatting potential fire at this site,” the email said.

The firefighter added in a subsequent email that “public and crew safety will be paramount, as it always is”.

“However, second only to that a defensive strategy will be adopted should a significant fire occur due to such limited water resources,” he wrote.

“This has been identified as a problem and a catastrophic risk which may significantly impact the safety of firefighters on extremely short notice, which is why we are requesting additional resources.

“Hopefully this issue can be resolved through the correct avenues via community safety in the very near future.”

The Department of Infrastructure, Planning and Logistics attempted on Friday to address the firefighters’ concerns by claiming that recent pressure and flow tests at the stadium had tested above the national standard, despite an independent engineer’s report showing the pressure was inadequate.

The government failed to provide fire services with proof of their claims, according to another email seen by the NT Independent.

“As of close of business today [Friday], it is uncertain if the actual certified/test results for water pressure and flow have been provided to NTFRS,” the email from a fire services health and safety representative stated.

“As such the measures agreed upon will proceed tomorrow night for the AFL match between 12:30 and 19:30 hrs.”

Those measures include bringing in a bulk water carrier near the booster for the stadium, an extra person to work the “Bronto” pump if required, and plans to increase response time in the event of an emergency.

“Regardless, we will still require adequate documentation/reports confirming that the site does not pose any uncertified hazards to firefighter safety into the future,” the firefighter wrote.

The union representing firefighters said the additional measures over and above what is normally used for AFL games at the stadium were necessary and would continue “due to hitherto unknown risks posed to firefighters from the possible risks and hazards of the site”.

“Firefighters are doing everything they can to ensure the public gets the best possible emergency response without jeopardising the safety of firefighters,” said United Workers Union NT branch secretary Erina Early.

“Until our firefighter HSRs (health and safety reps) receive certified technical tests and data to ensure the minimum safe Australian Standards as it pertains to firefighting pressure and flow on the TIO site complies, those mitigation measures will remain in palce.”

The government has struggled to certify the building for occupancy due to ongoing serious public safety issues including electrical issues, improper emergency exits and the substandard fire hydrant water pressure. Organisers of events have started disabling the fire alarm system without explanation, meaning if a fire were to occur, emergency services would be delayed din being notified.

The ICAC is currently investigating the government’s handling of the situation.