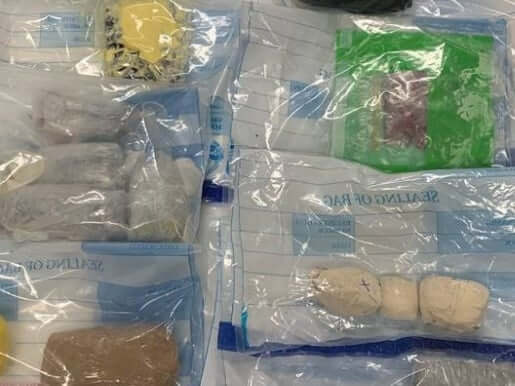 Drugs destined for remote communities have been intercepted by officers in the NT Police’s drug and organised crime squad.

Approximately 2.3kg of cannabis, 1.2kg of Kava, and four litres of alcohol that was allegedly set to be delivered to remote communities has been intercepted through NT Police’s Operation Starck.

The illicit substances were seized during physical inspections of shipments in air and sea freight from April 9 to 16, police said in a statement.

Information on where exactly it was intercepted was not provided.  Police also did not confirm which community or communities the drugs were going to.

It’s estimated the street value of the cannabis seized to be around $345,000.

About $45,000 cash were also seized during the operation, police said.

Operation Starck was established by the NT’s Drug and Organised Crime Squad (DOCS) to disrupt the importation of illicit substances, including cannabis, and alcohol, into remote communities.

“The harmful effects of drugs in the community, especially vulnerable remote communities, are well documented,” said Detective Senior Sergeant Crispin Gargan. “The actions of people in trying to take advantage of those communities is disgraceful and will not be tolerated by Police.”

Operation Starck investigations are currently ongoing. NT Police urge the public to report any information on the importation of illicit substance on 131 444 or via Crime Stoppers on 1800 333 000.