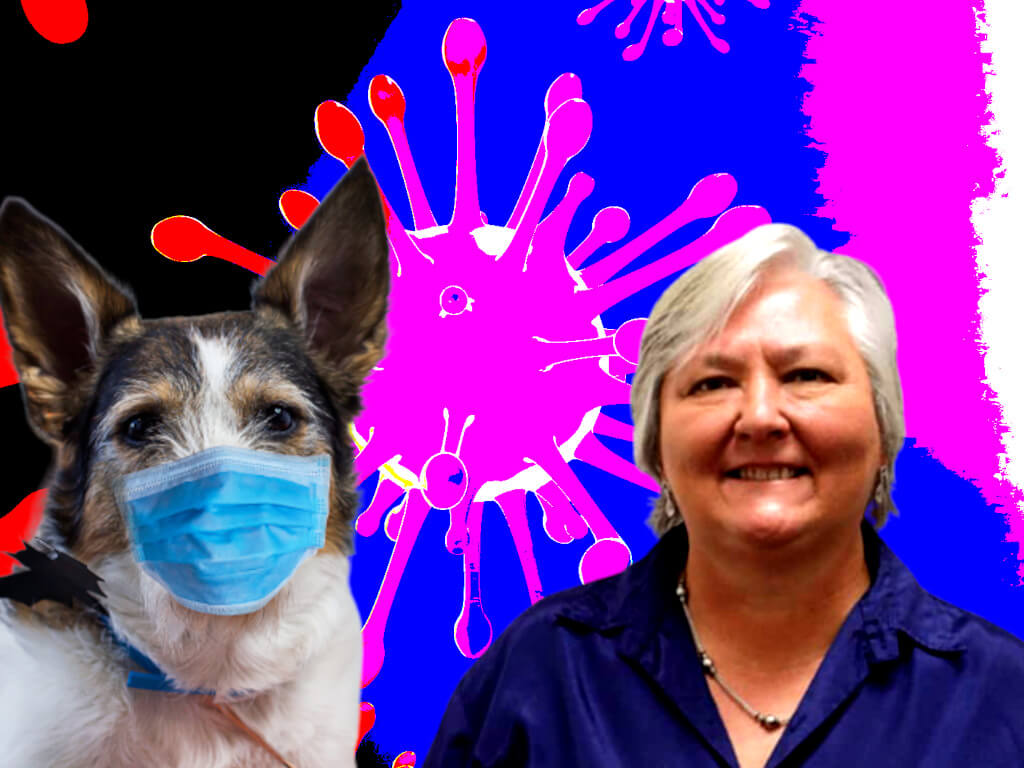 NT Senator Sam McMahon had her media adviser send out a plug for her veterinary business in a warning about a non-COVID-19 vaccinated Territory dog becoming the first canine in Australia to test positive for the virus, as she potentially looks to her future getting back on the tools after the coming federal election.

A vet by trade, Dr McMahon issued the private health information of the un-named dog in a media release from her media adviser Lance Northey’s federal Parliament email address but on her private veterinary business letterhead.

Dr McMahon resigned from the CLP at the end of last month, but said she has no immediate plans to join another party. She lost preselection for the CLP’s senate ticket last June to Jacinta Price.

Dr McMahon stated that while she had no intention of defecting to another party that “a day is a long time in politics and you never rule anything out”.

On the dog front, Dr McMahon said she was contacted by the dog’s owner after they tested positive and the dog had started coughing.

“The owner developed mild symptoms and tested positive the day before. They called me because their dog, which is young, healthy and fully vaccinated with routine canine vaccinations was suddenly coughing,” Dr McMahon said.

“I conducted a telehealth consultation as a physical one was not possible due to the owner’s status. Whilst I couldn’t definitively rule out other causes, I did say a COVID infection whilst unlikely, was possible.” 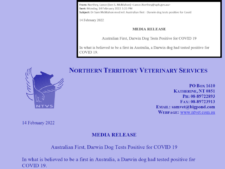 Dr McMahon said COVID-19 infection in animals had been reported overseas, with generally milder symptoms than in humans.

“In this case the dog had a loud cough and was a little lethargic but was otherwise well. The owner performed an antigen test on the dog two days later as the cough persisted, and it was positive,” Dr McMahon said.

“I conducted another telehealth consultation and was satisfied that the owner had performed the test correctly and that the result was highly likely to be accurate.”

Dr McMahon said the dog spent almost 24 hours a day in close contact with the owner.

The dog did not require any treatment and has made a full recovery, she said.

While the Territory Government COVID-19 figures don’t not include animals, the NT Independent understands there have been no dog deaths from the virus despite serious issues with canine social distancing compliance.

Click here to find out more information on animals and COVID-19.