Do not talk about your vaccination sacking with work mates for ‘integrity’ reasons: NT Health boss 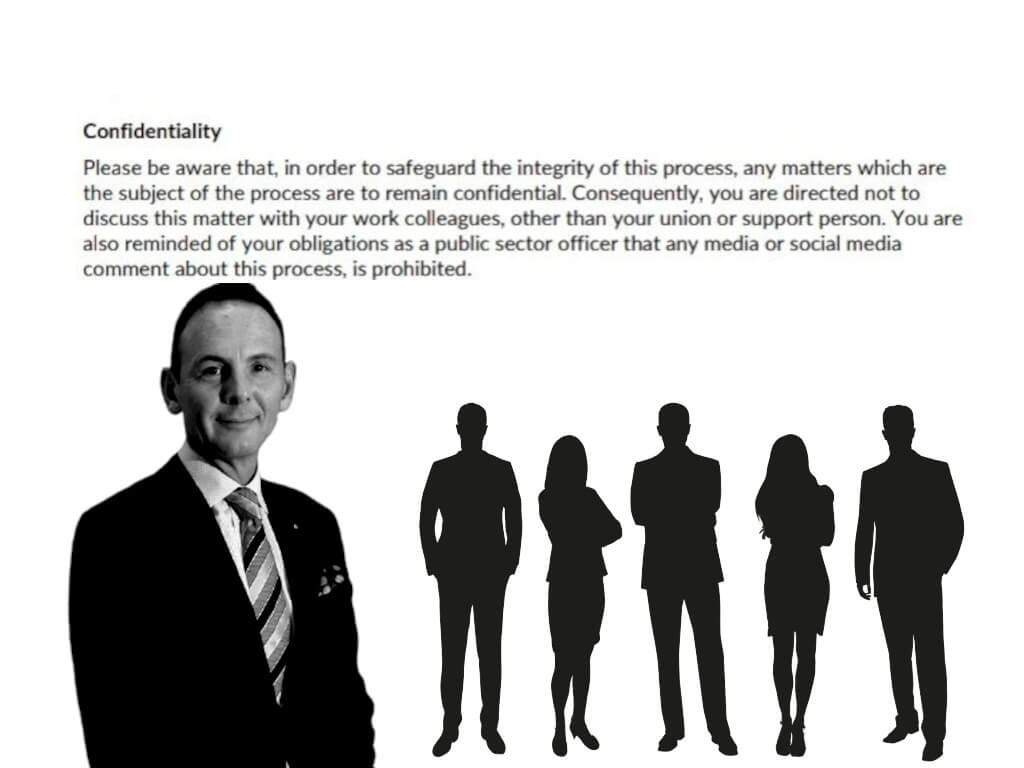 The NT Health Department wrote to public servants informing them they will be sacked on Christmas Day if they were not double vaccinated, issuing a gag order that they must not discuss the issue with their work colleagues to “safeguard the integrity of the process”.

A series of letters to public servants on the vaccination mandate have been sent in recent weeks, but one sent by NT Health chief executive Dr Frank Daly in mid-December telling certain employees they would be terminated for breach of contract if they did not prove they were double vaccinated or intended to be by December 24, has caused outrage amongst health workers, who have labelled it “bullying” and a “slap in the face”.

In one letter, Dr Daly “invited” health staff to provide evidence to him no later than 4pm, December 17, why they should not be sacked for not being vaccinated.

But the gag order letter set after stated they would be sacked on Christmas Day if they did not comply, ordering them not to discuss the issue with work mates to uphold the “integrity” of the process.

“Please be aware that in order to safeguard the integrity of the process, any matters which are subject of the process are to remain confidential,” he wrote.

“Consequently, you are directed not to discuss this with your work colleagues, other than your union or support person.

“You are also reminded of your obligations as a public sector officer that any media or social media comment about this process, is prohibited.

“…I realise receiving this notice and dealing with the issues maybe be difficult.”

The letter ends with advice about where they can get counseling through an employee assistance program.

One public servant, who is double vaccinated but did not want to identify themselves because of potential repercussions, said the whole process had felt immensely intimidating and isolating.

“Being bullied by your employer, as if getting labelled as an anti-vaxxer by the government wasn’t enough already,” they said.

“To push someone to a breaking point when you have no idea what is going on in their life, and then giving tokenistic well-being advice, is a slap in the face.

“After being a responsible citizen through and through, the Christmas gift I get is unemployment, broken relationships, isolation and self doubt.”

NT Health did not respond to questions from the NT Independent.