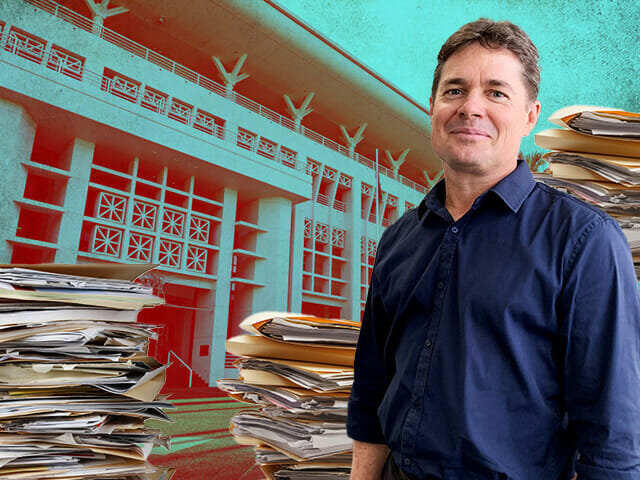 Department of Infrastructure chief executive Andrew Kirkman told Estimates hearings he has no idea why the ICAC is conducting a review of policies and procedures at the Katherine DIPL office, and initially claimed no knowledge of a report his department ordered into corruption allegations at the office in 2019.

Mr Kirkman repeatedly told the parliamentary committee he was not aware of the 2019 investigation that his department blocked from publicly releasing under Freedom of Information laws in 2020 when the NT Independent applied for its release.

He later inexplicably changed his story while under heavy questioning.

Mr Kirkman’s department said in 2020 that it was not in the public interest to release the 474-page report into allegations of improper procurement processes, tender manipulation and failure to disclose conflicts of interest in the office and that releasing it would “erode trust within the agency”.

The report was completed by private firm CPM Reviews in 2019 at the department’s request.

Mr Kirkman was repeatedly asked about that report on Wednesday at Estimates but said he was not aware of it after it was revealed that the Independent Commissioner Against Corruption was conducting a “review” into the office’s procurement policies. 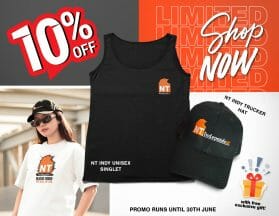 He continually denied any “review” had occurred, until he was asked what his definition of a “review” was by the CLP, but continued to maintain no knowledge of the corruption report.

“You don’t know anything about this report – 474-page report?” independent MLA Robyn Lambley asked, ascertaining why the ICAC was “reviewing” the department’s procedures and policies at the Katherine office.

“The chief executive has provided an explanation around that, so you can table the report if you have a copy of the report,” she said.

CLP MLA Gerard Maley said he was trying to understand the situation.

“How can a (474)-page report come out of the Katherine office and the CEO doesn’t know about it?” he said.

“As I said the chief executive says he doesn’t know about it,” Ms Lawler responded.

Ms Lambley then read from the 2020 NT Independent article about the secret report, asking Mr Kirkman again if he still did not know about it.

“No, I don’t know anything about that,” he said.

Mr Maley again provided facts to Mr Kirkman from the NT Independent article, which caused Mr Kirkman to completely reverse his story from just 10 seconds earlier with no explanation.

“As I’ve said, I can recall one matter where we had an individual investigation done,” he said. “I suspect that was started in about 2018, but I could be wrong, it would be around that time.”

Mr Kirkman had told the parliamentary committee earlier that he did not know why the ICAC was conducting a “review” of the Katherine office’s procurement policies and procedures, after Ms Lambley had inquired about the existence of the 2019 report, and ongoing issues with the office.

“In terms of why the review, you’d have to raise it with the commissioner,” Mr Kirkman said.

ICAC Michael Riches had on Tuesday told the Estimates committee he was aware of the 2019 report into corruption allegations in the Katherine DIPL office, but would not publicly release its contents.

It’s understood the Office of the ICAC initiated a preliminary investigation into the corruption allegations in 2020, following the report that was ordered by the department to look at a wide-range of issues in the Katherine DIPL office including inappropriate conduct related to changing the values of contracts after they were awarded, tenders not going through a public process, documents being deleted, improper tender scoring and undeclared conflicts of interest.

The current review was launched earlier this year.

In 2020, the NT Independent sent a number of questions to Mr Kirkman about the investigation he had ordered CPM Reviews to complete but did not receive a response.

Mr Kirkman again did not respond to questions today, including whether he felt he had misled the committee and the public at Budget Estimates hearings on Wednesday by repeatedly denying knowledge of the report and claiming not to know why the ICAC had ordered a review into his department.