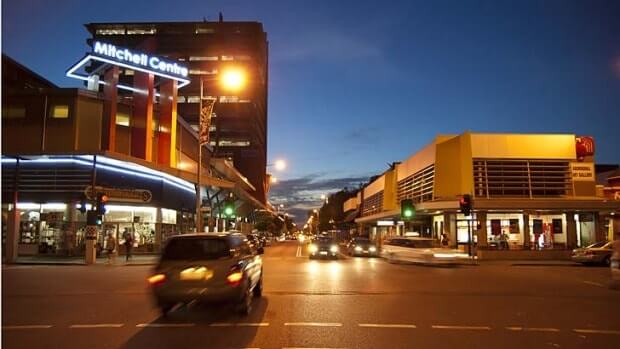 Darwin Mayor Kon Vatskalis is calling on the Gunner Government to continue to fund security patrols in the CBD for three years, suggesting that because the problems stem from alcohol abuse, liquor licensees should take the cost hit over ratepayers.

Council approved a motion that will see the NT Government’s City Safe CBD Patrols continue on the beat until February next year, but the government’s request to council for up to three years of funding has been met with contention.

Mr Vatskalis claimed the NT Government was “handballing” its issues to the council and accused it of pocketing profits.

“What is the problem in the CBD? Too much alcohol. Who sells alcohol? Licenced premises,” Mr Vatskalis said. “They keep the floor price difference, why shouldn’t the government take that difference and utilise it for the community.”

Mr Vatskalis said it was unfair to burden rate payers residing outside of the CBD and asserted the council does not have the budget to fund the program.

“We have to find the money somewhere, we have a municipal plan, we have allocated a budget, now we have to find $2.5 million over three years – well what program am I going to cut? The libraries? Maintaining the road?

“If the [NT Government] is really serious about addressing the problem get the excess money from the floor price to combat the problem from alcohol.”

Council alderman Andrew Arthur said the CBD security patrols – put in place by the NTG in response to police resources being drawn to secure the border from threats of COVID-19 – have not reduced alcohol fuelled violence in the streets.

“Since the program has been in place I have not seen a reduction in the problem, all it has done is move the problem,” he said.

“It is time to get to the root cause… perhaps it is time to invest in social housing if the NT Government can’t.”

Alderman Robin Knox also backed saving the funds for a higher power, calling for the council to support police or Larrakia Nation’s Night Patrol instead.

“The problem is these security people can’t put people on the BDR, can’t arrest them, can’t link them up with other services,” she said.

“These people are basically bouncers – it is just a band aid.”

Alderman Paul Arnold threw his weight behind the initiative, saying the security “has done an astounding job”.

“I’m in the city a lot and one of the big comments I get is ‘don’t let the streets go back to before’,” he said, adding the security patrols show much needed compassion while on duty.

“This is a legacy issue, you can’t change behavior issues in two seconds, it takes time.

“By funding this program we can help curb bad behavior in the morning and make sure it doesn’t happen at night… and it frees up [police] to look after the suburbs.

“This is our time to be part of the ongoing solution.”

While the council last night only decided to extend funding until February 28, 2021, Alderman Jimmy Bouhoris aligned his support for ongoing commitment.

“It was a Covid response to help fill the gap as police were put onto our borders, we stood up and went halves with NTG (to fund the trial program) to get these so called bouncers to help patrol our streets – and I’ve seen it help,” Mr Bouhoris said.

“I support this, is it the solution? No. Is it part of the solution? Yes… but there needs to be a root cause analysis and we all need to work together.”