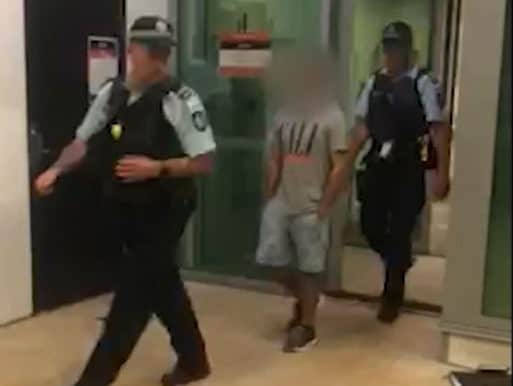 A Darwin man who was allegedly physically abusive to his wife, and used coercion and threats to garnish her wages, access bank accounts and gain money from her family, has appeared in Local Court for allegedly trafficking her in 2019, and stealing more than $60,000 from her and other relatives, the Australian Federal Police have said.

Northern Command Detective Superintendent Paula Hudson said officers from the AFP’s Human Trafficking Operations began investigating the man in March after a tip from a member of the public in Darwin.

She said the AFP alleges the man was physically abusive to his 27-year-old wife and used coercion and threats to garnish her wages, access bank accounts and gain money from her family. 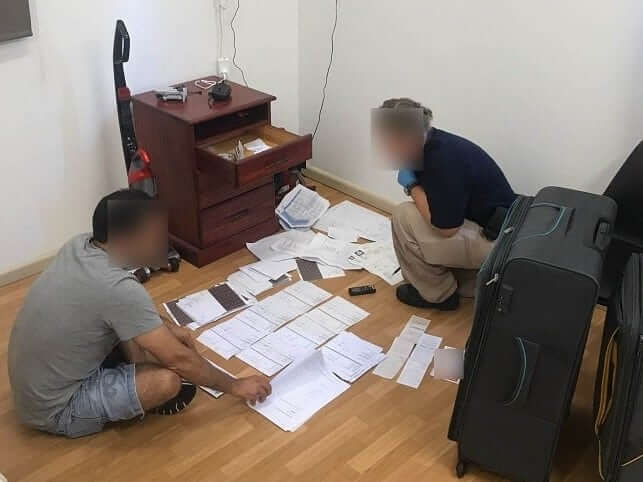 An AFP officer with the man who was charged for allegedly exit trafficking his wife. Picture: AFP

The AFP alleges the man deceived the woman into flying to India in February 2019, under the pretense of organising visas for travel to the United States.

Supt Hudson said the man did not travel to India and it will be alleged he provided false and misleading information to the Federal Circuit Court, where he commenced divorce proceedings in January 2020.

The 28-year-old man appeared at Darwin Local Court on Friday charged with one count of trafficking a person from Australia contrary to section 271.2(1A) of the Criminal Code Act 1995 (Cth) for facilitating the exit of the woman from Australia to India through the use of deception.

The maximum penalty for this offence is 12 years imprisonment.

Supt Hudson said the woman has since returned to Australia and is receiving support from the AFP and Red Cross’s support for trafficked people program.

She said the AFP worked with the Department of Home Affairs, along with non-government organisations to investigate.

“Human trafficking, slavery and slavery-like practices are happening here in Australia and it is up to all of us to work together to protect people who are vulnerable to these exploitative crime types,” she said.

Supt Hudson said that in the 2019/2020 financial year the AFP received 223 reports of human trafficking, slavery and slavery-like offences.

If you or someone you know could be a victim of this crime type, please report it by calling 131 237.