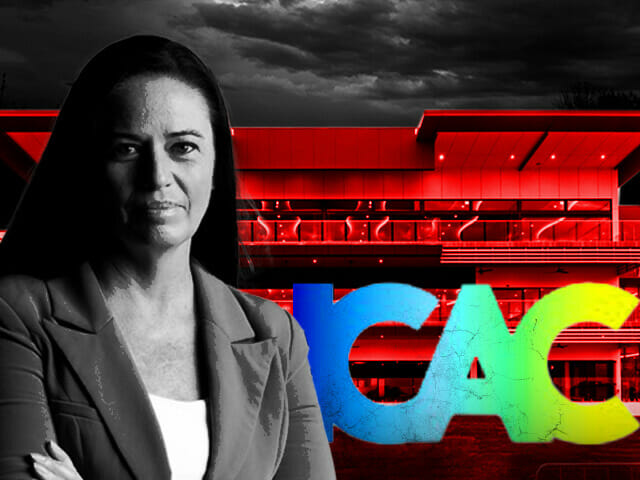 Former Darwin Turf Club board member Anya Lorimer told the current board she had not held discussions with the ICAC just three weeks before it was revealed earlier this year that her 2020 meeting with investigators had been secretly recorded, an internal email obtained by the NT Independent shows.

The email also appears to show Ms Lorimer misled the new board when she claimed she was issued a gag order by the ICAC in May 2021, when records show she was in fact first issued a directions order in September 2020, just days before she was interviewed by the Office of the ICAC.

In a long and meandering email, Ms Lorimer wrote to the current board on January 11 of this year – seven months after the ICAC investigation concluded – to detail her personal struggle while on the previous board that was found by the anti-corruption body of breaching the public trust after awarding a $12 million taxpayer-funded contract to chair Brett Dixon’s company Jaytex Constructions to build the controversial grandstand.

Ms Lorimer said in the email that she “was not interviewed by the Office of the Independent Commissioner Against Corruption or his office (sic) and no allegations have been made against me as a person”.

She also claimed that her “world was cut off overnight” when she was issued a gag order by the ICAC in May 2021, that instructed her not to speak about the investigation under penalty of possible charges.

However, a copy of that directions order tendered by the ICAC and released last week by the Supreme Court during legal action taken by fellow former board member Damien Moriarty, shows that Ms Lorimer was first issued an order by the ICAC on September 11, 2020 – three days before her secretly recorded meeting with investigators.

That order made it clear that she was “required to give information or an item” under specific sections of the ICAC Act.

She did not include that in a section of the May 2021 directions order she quoted to the board in the email.

She also told the NT News in February, after she sent the email and reports of the recording had surfaced, that she considered the meeting with ICAC investigators to be an “informal chat”.

Ms Lorimer refused to respond to questions sent by the NT Independent, including if she purposely misled the new board and what her obligations were to the ICAC after receiving the first directions order.

The NT Independent understands she has been canvassing support to be re-elected to the Turf Club board at its annual general meeting later this month.

Under the DTC’s constitution, members can be expelled if the club determines a member’s conduct is “detrimental to the interests of the club”.

Chair Richard O’Sullivan and the rest of the current board did not respond to questions about Ms Lorimer’s misleading statements, including whether any action would be taken against her.

Ms Lorimer also made a number of extremely personal claims in the email that her health and close relationships were affected by the ICAC investigation, but provided no medical evidence to support those claims, including that the stress had caused her to experience “the erratic mood swings of early menopause”.

“Like all high functioning professionals I hid it well – most of the time,” she wrote to the board, later suggesting the email was not seeking “sympathy”.

She also said in the email that she could not respond to the NT Independent’s questions sent to all board members last year referencing minutes from board meetings that showed Mr Dixon had been involved in discussions about the grandstand that contradicted previous claims, because of the gag order but made no effort at the time to inform this publication of that.

Ms Lorimer also claimed that she and the previous board, who the ICAC had found as a whole breached the public’s trust, had done nothing wrong and had volunteered their time to selflessly create projects “for generations to enjoy”.

Ms Lorimer’s company, Labor-aligned marketing firm Campaign Edge Sprout, was awarded communications contracts from the Turf Club while she was on the board. Ms Lorimer also runs the cash-for-articles publication Territory Q.

She was forced to resign from the DTC board by Chief Minister Michael Gunner last year along with the rest of the board after he accused them of “improper conduct” for awarding the contract to Mr Dixon’s company.

“The human impact of this has been real,” Ms Lorimer wrote in the email to the current board. “There are people who still have a case to answer in this matter and I have decided to sit patiently and wait because I truly believe the main act it (sic) yet to come.”

Current anti-corruption commissioner Michael Riches issued an apology to Ms Lorimer earlier this year, after learning the interview with investigators had been secretly recorded.

Mr Moriarity is currently suing the ICAC in the Supreme Court to have the adverse findings against him quashed. Mr Dixon, his business partner Matthew Moss and the Turf Club are also suing to have the ICAC’s findings about their conduct thrown out.