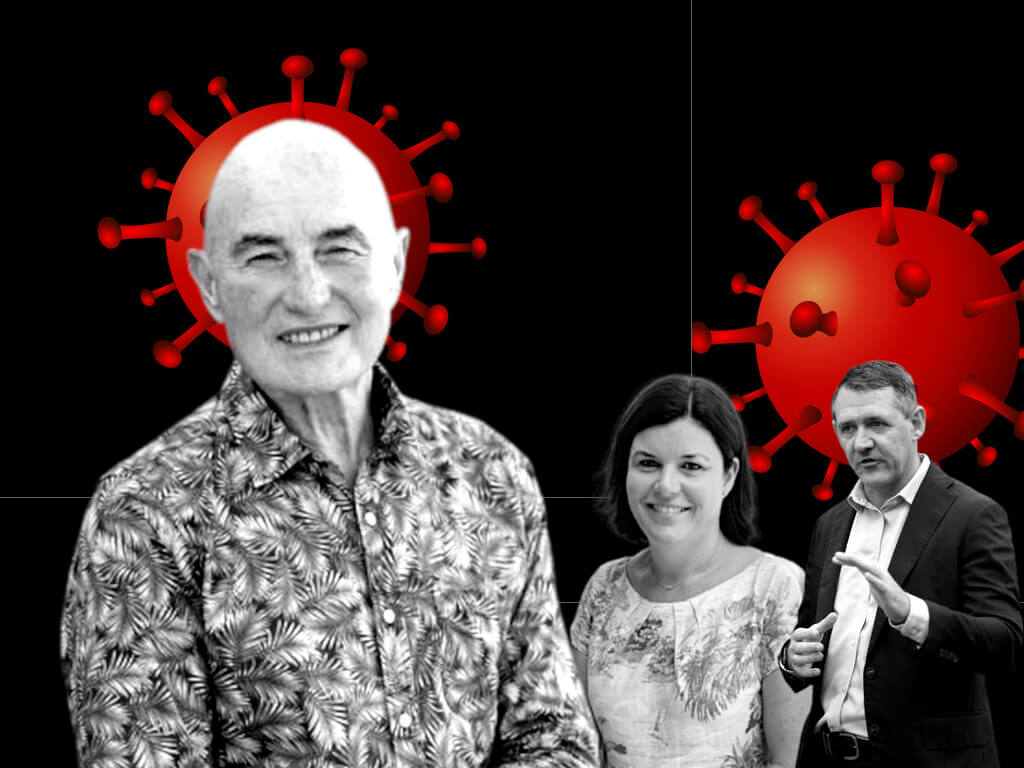 The Gunner Government will continue the unelected chief health officer’s extraordinary powers for the next two years without having to prove there is a public health emergency, under new legislation introduced in Parliament on Wednesday.

Health Minister Natasha Fyles introduced the bill which will see the CHO retain powers to force vaccinations, mandate mask-wearing, to forcibly remove citizens from homes and other areas, to restrict movements of citizens, to search homes and seize items and to use “technology to assist with contact tracing”, even as the public health emergency ends.

The police will also continue to be given power to use force to carry out the CHO’s orders, Ms Fyles told Parliament, and the courts would be responsible for imposing punishments on people who resist.

The government had announced it would be extending the public health emergency for another 90 days last week, but the extent of the new CHO measures which will be in place for the next two years was unknown until today.

The changes to the Public and Environmental Health Act will also mean the CHO will not be required to provide a full report on how decisions have been made since the pandemic began and would instead inform a minister about individual actions in a “summary” within 90 days, that the government said would not have to be tabled in Parliament for another 60 days “for transparency” purposes.

Opposition CLP health spokesman Bill Yan said the new powers were unheard of for an unelected official and would now be carried out with less accountability.

“It’s like the government is actually trying to hide the decisions they’ve made for Territorians … by changing the reporting requirements,” Mr Yan said.

“It’s been two years of a public health emergency … and we have yet to see a report by the Chief Health Officer.

“What’s also evident is that there’s been extraordinary power provided to the CHO in relation to actions that he may take.

“So, the entire emergency management of COVID by this government since 2020 has been managed by Parliament and the ministers. We are now going to give the exact same powers that were normally reserved for ministers to the CHO for two years with effectively no reporting requirements.”

The government had argued that formal written reports weren’t necessary because the CHO and other health officials “have responded to media questions and attend(ed) press conferences often on a daily basis”, Ms Fyles said.

However, the departments do not respond to the NT Independent’s questions and have banned this publication from attending press conferences and asking questions.

“It is important for the Northern Territory as we enter the next phase that we continue to live with the virus … that we do need to have [powers] to allow us to stay on top of COVID-19 and to allow certain public health measures to remain in place,” Ms Fyles said.

“We can cease that public health emergency and by doing so would renege all CHO directions, so we required this transitional period that our current legislation does not allow for.

“Territorians need to understand that the emergency aspect is ending but COVID is still within our community.”

Retired NT lawyer Geoff James, who has studied the delegation of powers under the Act in detail, told the NT Independent last week that the proposed bill is “extraordinary, and unnecessary, overreach”.

“To speak of two years of transitional powers to manage society being handed over to a public servant is an anathema to the traditions of the English-speaking world,” he said.

“The very words are code for dictatorship.”

The CLP also introduced its bill that would require the CHO to report to Parliament every three months about his actions and how his decisions were made. It is not expected to pass Parliament.