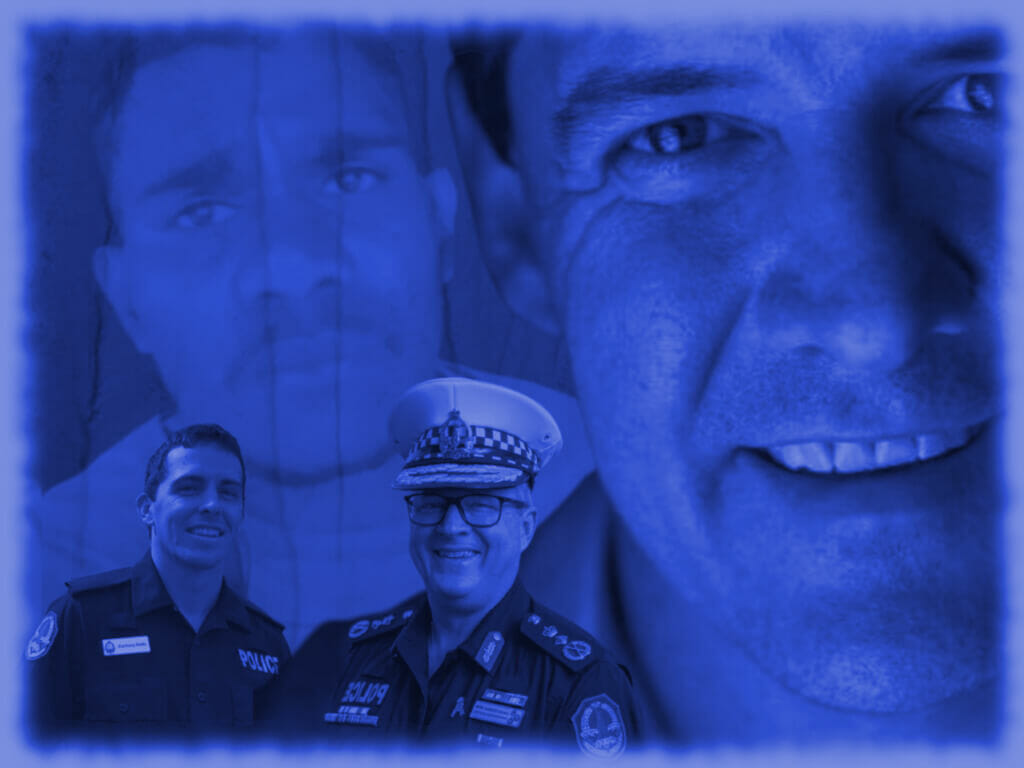 The political fallout of the decision to charge NT Police constable Zach Rolfe for murder is expected to play out in the coming days, with the Opposition calling for an independent inquiry into the “politicisation” of the shooting, and Mr Rolfe’s lawyer setting the tone after the not guilty verdict, telling reporters “consequences will flow”.

Mr Rolfe was found not guilty of murder and two alternative charges of manslaughter and engaging in a violent act causing death in relation to the shooting death of Kumanjayi Walker in Yuendumu in November 2019.

The unanimous verdict was handed down Friday afternoon after a five-week trial.

On the steps of the Supreme Court, Mr Rolfe’s lawyer David Edwardson repeated the infamous lines uttered by Chief Minister Michael Gunner when he spoke to the Yuendumu community in 2019, shortly after the shooting and just before Mr Rolfe was charged.

“A number of public figures have had quite a lot to say before he was charged and again that’s regrettable and unfortunate,” Mr Edwardson said on Friday.

“But I have one last thing to say: Consequences will flow.”

Mr Edwardson had used his closing address in court this week to suggest that the NT Police top brass pursued the murder charge against Mr Rolfe, which was laid only four days after the shooting, before a full and proper investigation was carried out.

“This case is tragic, a young man lost his life and a young, courageous police officer has been charged with the most serious charge known to the criminal law, as I said, without any proper investigation and that, you might think, is a disgrace,” he told the court on Wednesday.

“In truth, this prosecution is, you might think, all about the executive of the NT Police force attempting to justify what was the unjustifiable.”

NT Police Association president Paul McCue said in a statement after the verdict was handed down that the union would be pursuing the matter at a later date.

“The jury verdict was justification of our concerns relating to the charging of Constable Zach Rolfe from the very beginning, that is there was clearly never enough evidence to lay a charge of murder,” Mr McCue said.

“The evidence produced by the Crown during the trial plainly fell short of what you would expect with such a serious allegation”.

He added there were still outstanding questions that police members had about the case and the decision to charge Mr Rolfe only four days after the shooting.

“Our members continue to have a lot of questions resulting from the arrest and charging of Constable Rolfe and we intend to make a further comprehensive statement regarding this matter in the coming days,” he said.

‘Absence of leadership’: CLP calls for independent inquiry into ‘politicisation of police shooting’

Opposition CLP Leader Lia Finocchiaro called for a full and independent inquiry into how the decision to charge Mr Rolfe for murder was made, adding that Mr Gunner needs to answer “serious questions over the appearance of political interference”.

“We hope the coronial process, yet to be undertaken, will bring some closure for the deceased’s family, friends and the community of Yuendumu, who are still mourning,” Ms Finocchairo said.

“This ordeal has left a community divided, a police force abandoned, the politicisation of a police shooting and a total absence of leadership and fortitude.

“The CLP calls for a full, independent, inquiry. Chief Minister Michael Gunner has serious questions to answer over the appearance of political interference prior to charges being laid, after he promised the residents of Yuendumu, just days after the shooting, that ‘consequences will flow’.

“Michael Gunner and the Northern Territory Government must have no role in the inquiry’s terms of reference, scope or appointment of the Commissioners. The government is compromised in this respect.

“The extraordinary circumstances surrounding the decision to charge and bring Constable Rolfe to trial requires nothing less than a full, independent, inquiry.”

Police Commissioner Jamie Chalker, who the NT Independent revealed had been golfing this week in South Australia while police planned for the fallout of the verdict, held a bizarre and rambling press conference Friday afternoon, in which he alluded to “mistruths” and “rhetoric” being dispelled during the upcoming coronial inquest, while raising different recent incidents that emergency services personnel have had to deal with, but made no specific mention of the Rolfe trial or the decision to charge.

He refused to answer questions.

“I look forward to our institutional response as part of the coronial inquest where the facts will come to the fore, that will diminish a significant amount of the mistruths and the rhetoric that is out there that has no basis or foundation,” he said.

“For the Northern Territory, know that your police fire and emergency services swill be there throughout to see you through this. Our people are on the ground today and they will be on the ground tonight while you are sleeping.

“Let’s start coming together as a community and start the healing and make sure that we are never in such a place again.”

Chief Minister Michael Gunner issued a brief statement after the verdict was handed down which also did not mention the decision to charge Mr Rolfe.

“The justice system has done what was required of it – 12 of our fellow Territorians have considered all of the evidence before them, and delivered a verdict,” he said.

“I acknowledge the pain the death has caused for the deceased’s family and the Yuendumu community, who are in mourning.

Mr Gunner added that the “justice system has completed its process, and it is a time for healing”.