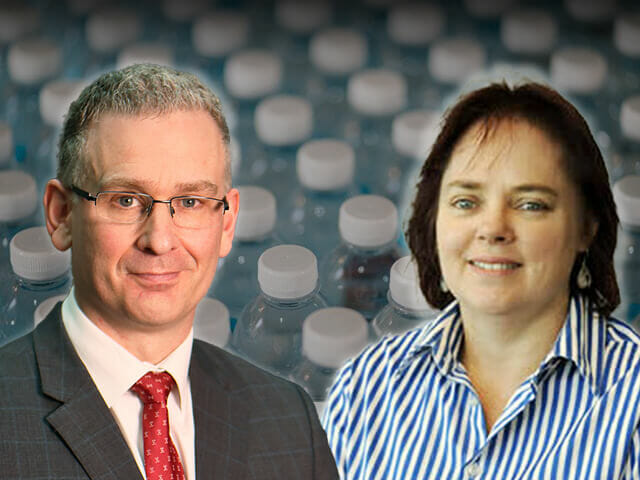 The Territory’s new Independent Commissioner Against Corruption has started in the job today, as questions continue to linger over head public servant Jodie Ryan’s role on the panel that selected him while connected to ongoing inquiries identified by the outgoing ICAC.

Department of Chief Minister and Cabinet chief executive Jodie Ryan was on the three-person panel that selected Michael Riches for the role back in May and did not declare any conflicts of interest, sources told the NT Independent.

However, in an August 2019 ABC radio interview, then-commissioner Ken Fleming said his office was looking into three major matters, including investigating the now defunct Infrastructure Development Fund’s awarding of $10 million of taxpayer funds to NT Beverages while the water bottling company was one the verge of bankruptcy and owed the NT Government hundreds of thousands of dollars.

Ms Ryan was the sole NT Government representative on the board that approved the funding.

Mr Fleming said at the time that his office was also looking at the Indigenous Employment Provisional Sum scheme, which the Auditor General found had been rorted of possibly tens of millions of dollars and the Berrimah Farm land deal that saw Halikos Group given the prime real estate at no cost over another proponent who had offered $30 million for the land.

Both of those matters were overseen by Department of Infrastructure, Planning and Logistics chief executive Andrew Kirkman – Ms Ryan’s twin brother.

The status of those inquiries is currently unclear. The Office of the ICAC has not released any reports into the three matters to date.

Ms Ryan has previously denied any wrongdoing in the NT Beverages scandal and claimed the decision to invest the taxpayer money was made by fund manager Infrastructure Capital Group – the company that employs Chief Minister Michael Gunner’s chief of staff Emily Beresford-Cane’s husband.

Ms Ryan was appointed to the panel to select the new Independent Commissioner Against Corruption in accordance with the “protocol for the appointment of statutory officers”, which was brought into effect sometime after 2017 and requires the ICAC to be appointed by a former judge or former ICAC or Ombudsman; the Solicitor General for the NT; and “the chief executive officer of the Department of the Chief Minister”.

The panel was made up of Ms Ryan, former chief justice Trevor Riley and Solicitor General Nikolai Christrup.

When contacted by the NT Independent, Mr Riley said he could not comment on Ms Ryan’s position on the panel.

Ms Ryan also refused to answer questions, including why she thought it was appropriate to select the incoming ICAC, who is in a position to investigate her and her department.

Chief Minister Michael Gunner thanked the panel for their selection in May and ignored questions about why Ms Ryan had a role in selecting the ICAC.

“Our Government established the Independent Commissioner Against Corruption to restore trust in our democracy and its institutions and I thank the Advisory Panel for their consideration of this important appointment,” Mr Gunner said in a statement at the time.

The scandal-plagued Gunner Government is also currently conducting an internal review of the ICAC Act, which it refused to open up to the public for submissions.

The CLP attempted to make the ongoing review public last month in Parliament, but the government used its majority to shut the motion down.

Greg Shanahan, long-serving NT public servant and former chief executive of the Department of Justice, is running the review behind closed doors, after being hand-picked by the Gunner Government in a selection process that does not appear to have been made public.

Mr Gunner has refused to release the terms of reference for the ICAC Act review or answer questions.

Mr Fleming’s last official day in the role was yesterday.

Mr Riches was most recently the Deputy Commissioner of the SA ICAC and was formerly a police officer. He has also worked in the SA Crown Solicitor’s Office.