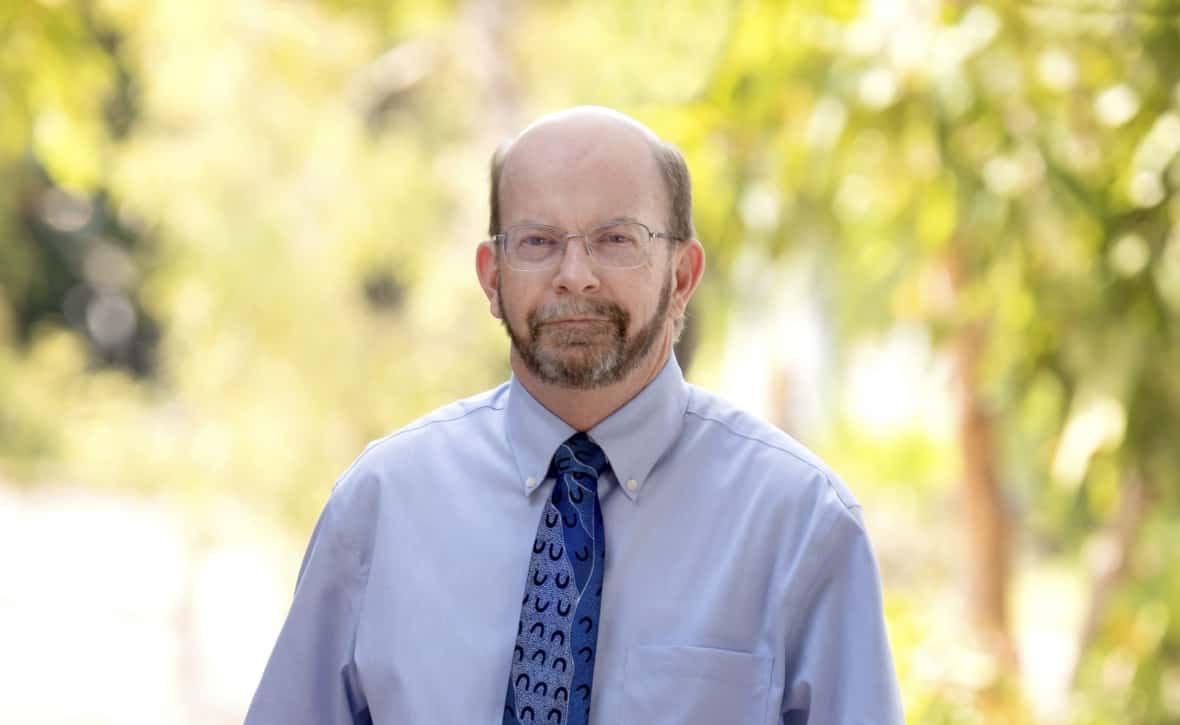 Charles Darwin University Professor Simon Maddocks has resigned from his position as vice-chancellor saying he wants to move closer to his wife and grandchildren, a decision which will end a tumultuous period of administration at the Territory’s only university.

In a video circulated to staff of the university on Monday morning, Prof Maddocks said he will be stepping down on December 31. However, the decision comes at a strange time, with the start of the construction of a $430 million Darwin city campus about to begin.

Formerly a professor of Animal Science at the University of Adelaide, Prof Maddocks, who started with CDU in March 2014, said that despite his passion for education, the distance from family had become too much to bear.

“CDU is now well placed for long-term sustainability and growth, and I am very proud to have helped play a part in ensuring students of all equity and socio-economic backgrounds from the Territory and across Australia now have more education opportunities and options,” he said.

In response to that Prof Maddocks made cuts to the College of Nursing and Midwifery faculty, its libraries, and he proposed to cut 35 qualifications and 16 permanent staff in its the Vocational Education and Training sector. However, later VET cuts were put on hold.

In August of last year, the NT Government gave the university $7 million as a one-off payment to keep the VET courses going the same week as an Auditor-General’s report tabled in NT Parliament showed CDU was propping up the Cairns Business College and Cairns Language Centre, among other private entities, although they had an almost $2 million deficit. He also laid off academics, including professors at its Casuarina campus. Former Professor of Governance and Head of the Schools of Law and Business at CDU, Dr Don Fuller, who also has a PhD in economics, said the cuts reflected on the financial incompetence of senior staff.

“Financial management is all about getting the right programs together and being able to manage your budget,” he said.

“A major reason for the financial problems is the focus on the wrong programs, ones that don’t benefit the Territory.”

He said the senior executives were not taking advantage of several growth opportunities.

Prof Maddocks said the 2017 cap on the Commonwealth Grant Scheme, which froze university funding at 2017 levels from 2018-20, was crippling the university. He also said the rising costs of course delivery and staff salary costs was pushing the university to financial brink.

‘Easy person for everybody to kick’: Maddocks

In September 2019, in an interview with the NT News, Prof Maddocks said he was an easy person to “pick on”.

“I’m an easy person for everybody to kick, to say ‘oh this person doesn’t know what he’s doing’,” he said.

“My job is to lead the university through a strategy and a strategic plan which was developed in conjunction with all of our staff, everybody involved in every year of the university had a chance to contribute to our vision and what we thought we needed to do to implement that vision.”

“I will be the first to admit from time to time we will get things wrong.”

In that April announcement, Prof Maddocks said COVID-19 would cause a more than $22 million deficit – with revenue to fall between $22 million and $30 million – if the university did not make more cuts and savings. By late August that projected figure had been reduced to $6 million. 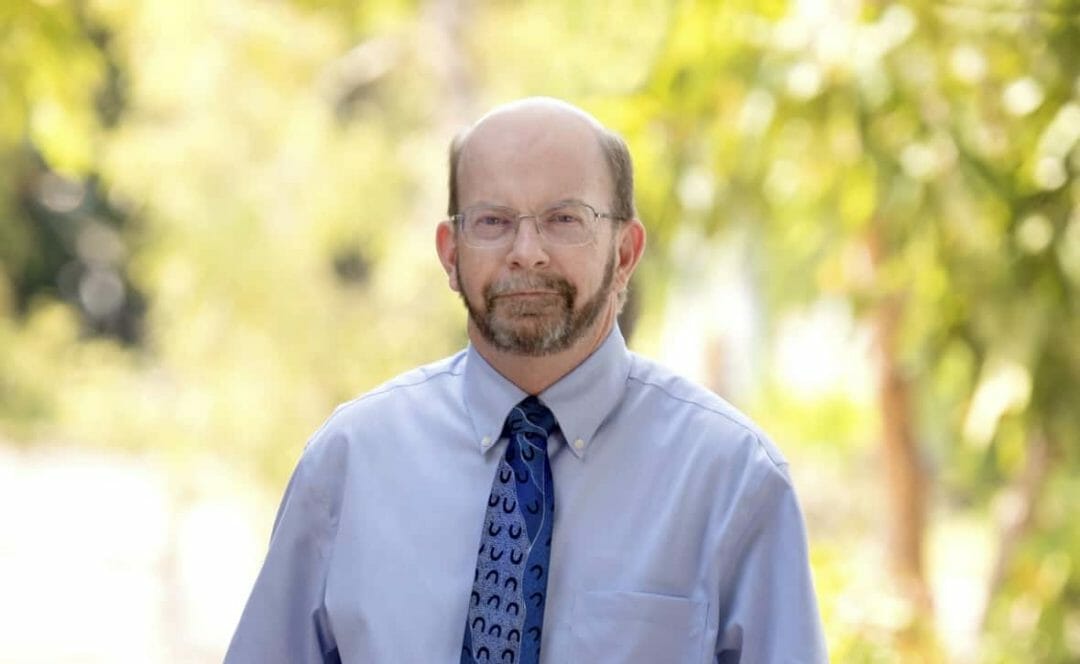 Simon Maddocks said the timing for him to leave was just right. Picture: CDU

Despite financial concerns, Prof Maddocks pushed ahead with the expensive new campus, reported to be costing $430 million, of which $150 million would come from a North Australia Infrastructure Fund loan and $97 million from the Federal Government under the Darwin City Deal. The rest of the financing has not been explained, but the success of the endeavour pivots on a large increase of international students.

No need for new campus as international students drop: Fuller

It has drawn strong criticism, including an detailed opinion piece in the NT Independent from Dr Fuller, who said more students were choosing to study online because it enables them to both work and study.

“CDU should develop an increased capacity to deliver attractive, high quality online learning options. Insufficient attention has been given to continuing development and improvement of these key systems,” he wrote.

“A regional university such as CDU needs to be in a position to develop a strong competitive advantage in innovative, relatively low cost, technology-based learning rather than the conventional, high cost ‘bricks and mortar’ approach.”

In December 2019, Prof Maddocks told the media the new campus was due to open in February 2024 and by their projections they would double their international student numbers to 5,000 by 2028.

President of the NT branch of the National Tertiary Education Union, Darius Pfitzner, was reported by the ABC in August 2019 as stating that this drop in international student numbers was “concerning”.

Mr Pfitzner said the “university has demonstrated [itself] incapable … of productively marketing into the international environment, and that’s really quite key to being able to justify the City Deal.”

Education Minister Selena Uibo told the ABC the new campus would help grow international student numbers to more than 10,000 by 2025.

Time to visit with his grandkids

In April of this year, Prof Maddocks said he welcomed the arrival of two grandsons. As Australia began to shutdown due to the COVID-19 pandemic, his wife was lucky to cross the border into South Australia, while he remained in Darwin.

“Recently our family was reunited and I was able to meet Hamish and Noah (grandchildren) for the first time,” he said.

“I know there are many of you waiting to be reunited with family from across borders… not knowing when you will see the people you love is incredibly difficult.

“An education at CDU changes not only the life of each student, but of the generations in their family yet to come.

“Providing this opportunity for all students of all backgrounds has been my passion for the past seven years, but the five months I spent alone separated from my family gave me cause to pause and consider my own priorities.

“I realised that my long-term future needed to be a little closer to [my family].”

In thanking Mr Maddocks for his long-term commitment, CDU Chancellor Paul Henderson said he had led a significant restructure of the university which is nearing completion.

“Simon will leave CDU not long after turning the sod at the site of the new CDU city campus,” he said.

“Simon has a true passion for education and for CDU, and he has set the university up perfectly for its next phase of growth.