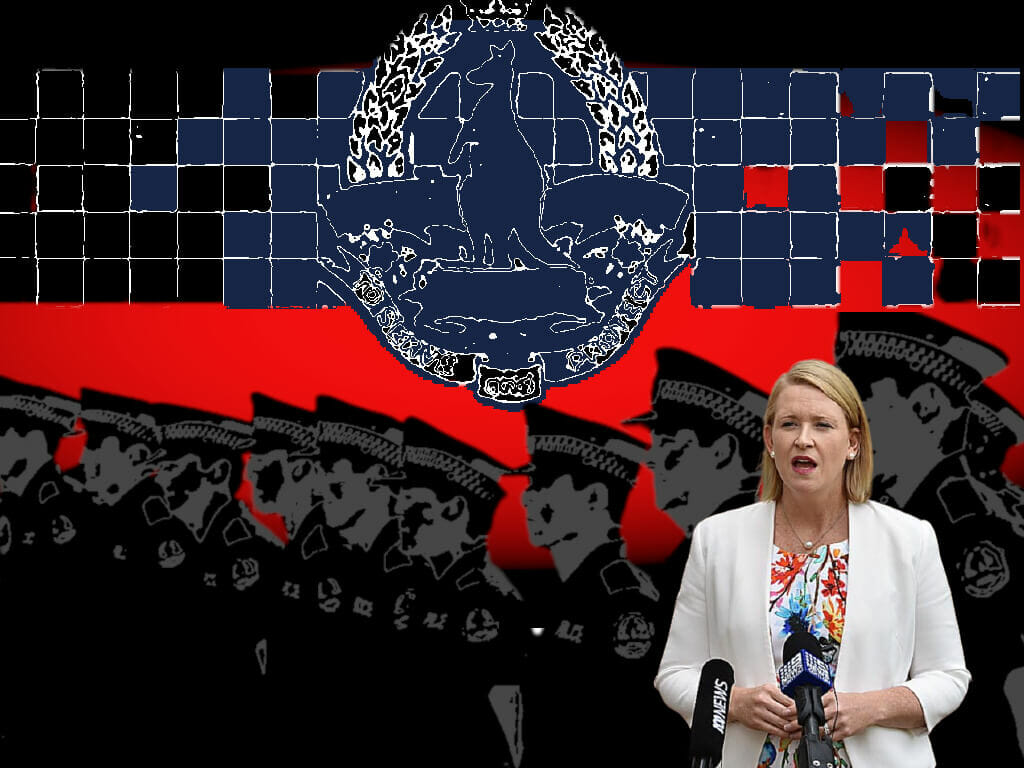 Police Minister Nicole Manison needs to resign or be sacked for her “dismissive” and “patronising” attitude towards the ongoing crime crisis in Alice Springs, an independent MLA says.

Member for Araluen Robyn Lambley said the Gunner Government’s lack of action on escalating crime in the beleaguered town was unacceptable.

The situation has become so dire in recent weeks that Mayor Matt Paterson wrote a letter to NT and federal politicians calling for help to restore order to the town that has residents living in fear in their own homes.

Ms Lambley said Ms Manison’s recent visit to Alice Springs was unproductive and that she “responded to the town’s cry for help … in her usual dismissive, patronising way”.

“She rejected Alice Springs was facing a ‘crisis’ and rejected the need for Federal Government intervention,” Ms Lambley said in a statement.

“But she also offered no new strategies or assistance going forward. Instead Manison rolled out her well-rehearsed motherhood statements we have heard many times before.”

Ms Manison said while meeting with Mr Paterson on Tuesday that there is “no silver bullet” for fixing crime and that there were many “complexities” to overcome.

“That’s why it’s important that government, non-government, the council, all pull together and we make sure that we’re working together to tackle some of those complex issues around crime in Alice Springs.”

Ms Lambley said Ms Manison had “demonstrated a lack of leadership and care” by not offering any new measures to help residents of Alice Springs through the current crime spree.

“Whilst Nicole Manison can get on a plane and scuttle back to Darwin after a few hours in Alice Springs, the people of Alice Springs are left to deal with her lack of action and ability to address the deterioration of our community,” Ms Lambley said.

“There is just one solution, Nicole Manison must go. And if she won’t step down as Police Minister, Gunner needs to sack her.

“He dumped her as Treasurer. He needs to dump her as Police Minister for the safety of all Territorians. She is simply not up to the job.”

Mr Paterson wrote in the letter to political leaders that Alice Springs was “at breaking point” due to the out-of-control crime problem.

“Currently, every day, residents are having their businesses destroyed, cars stolen and smashed, houses broken into and are being assaulted walking to their cars from dinner,” he wrote.

“This is not an exaggeration. Intruders are breaking into people’s houses, getting into young children’s bedrooms while they and their parents sleep. People no longer feel safe in their own homes. We’ve had tragic deaths and near misses as a result of crime in our community.

“There is no other way to describe it, our town is in crisis.”

The NT Independent revealed last month that NT Police were grappling with a critical staff shortage in Alice Springs due to resignations and increased demands on officers during the recent COVID-19 surge that has seen senior crime detectives put on the beat at bottle shops and regular operations reduced.

Numerous sources confirmed the situation is severe and has affected the police’s ability to manage day-to-day operations in Alice Springs, that has resulted in only one crew of officers on at a time in some instances.

The police brass refused to comment on the staffing issues.