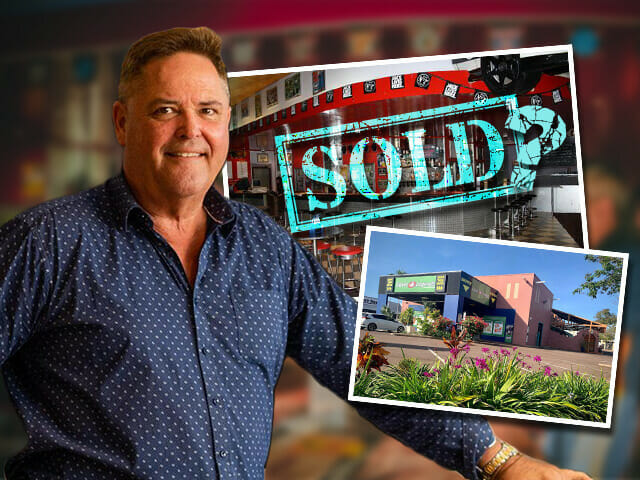 A consortium of local businessmen backing Brett Dixon have suddenly pulled their application to transfer the Hidden Valley Tavern’s liquor licence at the last minute, just a day before it was to be heard by the NT Liquor Commission, while questions of potential conflicts of interest relating to the commission have also been raised.

Neither Mr Dixon or his consortium provided an explanation, but the withdrawal of the application is a surprise move after Mr Dixon called the NT News last month to inform the paper he was buying the tavern and investing $1.5 million to improve its general ambience.

It is unclear if the sale will now proceed as Mr Dixon had planned.

According to the Liquor Commission’s website, the hearing to determine whether the existing licence at the premises should be transferred to Mr Dixon’s consortium was scheduled for this morning at 10am, but was cancelled yesterday after the application was withdrawn.

The NT Independent can reveal one of the commission’s adjudicators was also involved in the ICAC investigation into Mr Dixon’s company being awarded the Turf Club grandstand project.

Mr Dixon and his lawyer did not respond to questions yesterday.

He is currently attempting to quash those findings in the Supreme Court.

However, the NT Independent understands that deputy chair of the Liquor Commission, Jodi Truman, a local lawyer, was engaged by the Office of the ICAC during its investigation of the Turf Club grandstand project.

Ms Truman was listed on the Liquor Commission’s documents as a panel of three hearing the scheduled application to determine if Mr Dixon would receive the liquor licence transfer.

Former ICAC Ken Fleming had suggested in his grandstand report that Mr Dixon, who was also chair of the Turf Club at the time of the grandstand project, be referred to the DPP for “the consideration of criminal charges” and also referred to Police Commissioner Jamie Chalker to be considered “a disqualified person” under the Associations Act of the NT. However, it appears neither suggestion was acted upon.

Ms Truman is married to Jason Finlay, a Department of Business “project director” who was the NT Government’s representative on the Turf Club’s selection panel that ultimately selected Jaytex as the successful tenderer for the $12 million publicly-funded project.

The NT Independent previously reported that of the five members on the panel, Mr Finlay was the only member to have tied both Jaytex and Sunbuild as the preferred builders. He and his boss, Department of Industry, Tourism and Trade chief executive Shaun Drabsch had repeatedly refused to answer questions over how that score was arrived at.

Liquor Commission chair Richard Coates said in a statement that Ms Truman “was not involved as legal counsel for ICAC in relation to its investigation of the Darwin Turf Club”.

“I do not consider that there was any conflict of interest in her presiding over the Hidden Valley application which is no longer proceeding as the application that had been referred to the Commission has now been withdrawn,” he said.

He did not elaborate on what Ms Truman’s role in the Turf Club grandstand investigation was.

Mr Dixon had told the NT News last month that he had big plans for the Hidden Valley Tavern, located across the street from his Berrimah Business Park.

“Me and a group of mates banded together and thought we’d have a crack at it,” he said at the time.

“My objective is to spend real money on it. We’re going to upgrade and refurbish the interior to a standard that I think will be pretty exciting for families and groups of people that want a good quality night out.”

He added that “all the guys are local and good mates”, that he was excited about the venture and that “we all like doing things properly and doing them well and you can guarantee when the upgrade is complete it will be comparable to any high quality venue anywhere”.

Mr Giles also refused to comment yesterday when asked why the licence application was pulled before the hearing.

He currently owns Trader Bar and exited the Turf Club board following the ICAC’s investigation into how it awarded the $12 million grandstand contract to Mr Dixon’s company, finding the board as a whole “breached the public trust”.

Jaytex was recently secretly awarded a multi-million dollar contract by Darwin City Council to upgrade the Velodrome at Bagot Park, despite cycling clubs telling council they did not see a future for the facility at that location.

Council interim CEO Simone Saunders and Lord Mayor Kon Vatskalis have refused to answer questions about that deal and why the tender and its value were not made public before works commenced on the site or why works started before a masterplan for the wider Bagot Park area was finalised.

NOTE: This story was updated to include comments from Liquor Commission chair Richard Coates.