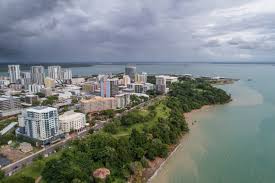 A Darwin-based real estate company says expats from neighboring Asian countries, some of whom came to Darwin during the beginning of the coronavirus pandemic, have impacted the tight rental vacancy rates that currently sit at less than one per cent.

“They have been given the direction to stay here for the next two years, until we find out what’s happening within their own countries,” Ms Killiner told ABC Radio Darwin on Wednesday.

“Those people may stay here, because what they find is that it’s easier to be based in Darwin. So that’s where it first started, in March and April, and it doesn’t take much to have a swing because we’ve got such a shallow market.”

Ms Killiner pointed out that while there were Aussies from down south coming to Darwin during the start of the pandemic, Asian expats actually started the demand for residential dwellings.

“People have forgotten it sounds great that people are coming to Darwin, but they have to actually have a job to rent [a home]. You know, those people [expats] were the first people coming through that then created a demand,” she said.

The demand has seen rents rise across Darwin and Palmerston and ordinary home inspections are now being attended by dozens of people looking to rent a unit, where 12 months ago nobody would attend.

The rental vacancy rate dropped from 3.5 per cent to less than one per cent to the end of December.

“Values are rising swiftly for both houses and units, due to extremely low supply levels and rising demand,” CoreLogic said.

NT’s Department of Treasury and Finance said that “after several years of decline, Darwin’s residential property market has stabilised and is showing signs of recovery, reporting two consecutive quarters of median house price growth in the first half of 2020.”

Real Estate Institute of the Northern Territory chief executive Quentin Kilian said there has been a lot more buyer activity now than in the past five years.

“With a shortage of supply, it’s going to have an upward pressure on pricing,” Mr Kilian said.

He said indications were that the Darwin market is moving along at a good pace “but everything hinges on the Gunner Government delivering economic recovery” and its efforts to cut red tape for the private sector to deliver real estate projects.

A recent Charles Darwin University demographic study found people were more likely to stay in the NT since the beginning of the pandemic, especially younger people.

“COVID-19 has shifted many people’s sentiments towards staying, or from indicating they would leave within two years,” the report found.

CDU researchers also underscored an opportunity for retention initiatives to increase population in the NT, “rather than just attraction” measures.