Alice Springs quarantine escapee still on the loose, no explanation given Police have still not caught a man who allegedly ran from the Alice Springs quarantine facility on Friday, Health Minister Natasha Fyles has said.

Ms Fyles told a Monday morning press conference the man was still at large and said his behaviour was “completely unacceptable” and “selfish”.

“He puts the whole community at risk, and our authorities will catch up with him, and he will face penalties for that behaviour,” Ms Fyles said. 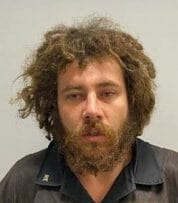 Police Commissioner Jamie Chalker was absent from the press conference, and no reasons were given for why the man had not been caught after three days on the run.

In a statement on Friday, Commander Sachin Sharma said staff found that 27-year-old Jeremy MacDonald was not in his room at 1pm, and police thought he had “left via the balcony”.

He gave no further details of the escape.

Commander Sharma said Mr MacDonald tested negative for COVID-19 on December 1, after entering the NT on the Stuart Highway on November 26.

“We urge the community to report any sightings of Jeremy MacDonald, and encourage him to hand himself in to local police,” he said.

Ms Fyles did not directly respond to a question at the press conference about what concerns authorities hold over the recent spate of six escapes from quarantine facilities in Howard Springs and Alice Springs in recent days.