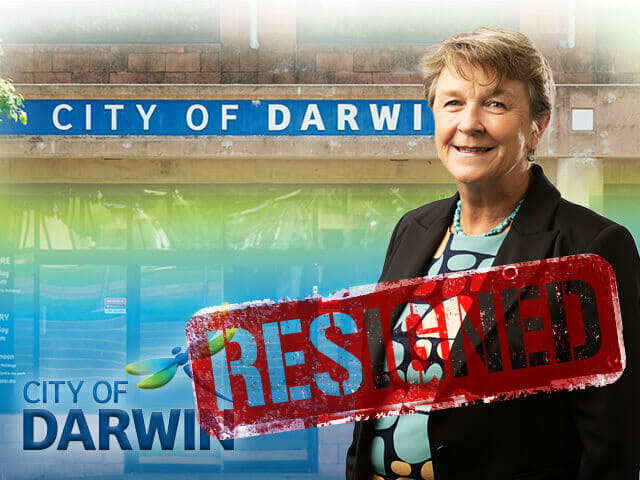 Darwin alderman Justine Glover has resigned from council, just eight months after being re-elected to the role, which will trigger a municipal by-election, and comes in the aftermath of senior staff leaving council.

Ms Glover resigned from her council role as a Waters Ward representative effective from Saturday, citing the need to “get some balance back in my life”.

She had served on council for eight years.

“Sometimes you have to make the tough decisions, and this was a tough one as I have loved representing my community,” Ms Glover said in a statement.

“I have been truly honoured to hold this position. But it was time to get some balance back in my life.” 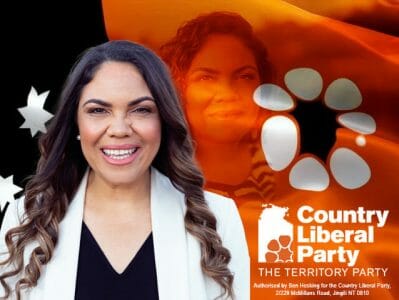 Ms Glover later told the NT Independent that the decision to resign only eight months into the current term was made with the understanding that it would not require a by-election, after being informed by former council chief executive Scott Waters.

However, Ms Glover said after tendering her resignation, she had learned it would in fact necessitate a by-election in the Waters Ward.

“I am exceedingly sorry for that,” she said.

“I was advised it wouldn’t trigger a byelection but I have since been advised that it will. The previous chief executive had informed me it wouldn’t and would go to the next person in last August’s poll. I know with the federal election going on people are going to be fed up with voting.”

Ms Glover said her resignation was not the result of any conflicts with current Mayor Kon Vatskalis or any council colleagues when asked.

“When you’re working with different people from different areas, you have to respect you have differing views and work within that challenging environment,” she said.

“It’s a democratic process that votes us in and we all come from different perspectives.

“We’re there to represent the constituents and do what is in their interests.”

She added that the recent massive changes at council, including a large amount of senior staff leaving, including the former chief executive, had presented other challenges.

“Council had significant changes with the chief executive going and six new alderman [elected last August] and a number of senior staff had left and it seemed to be starting all over again,” she said.

Ms Glover said with current changes at her work at Palmerston Regional Hospital, she did not have the time to commit to continuing in the role of alderman.

“Whilst I love it, it was [a large time commitment]. Change is constant but change can also make the job harder,” she said.

Ms Glover said she would remember her time on council with some victories and some defeats.

She pointed to council’s renewed focus on the northern suburbs over the course of the last eight years as a success, and her involvement in establishing community-oriented events in Karama such as the country music festival, the Christmas fun fair and the community garden.

She said she was most disappointed at not having been successful with saving Lee Point from development by Defence Housing Australia who will develop the area for new housing.

She said that made her feel “sad, angry and worried for the environment”.

“It’s such a beautiful area there. With climate change we should be trying to protect the environment and not create these heat sinks.”

Ms Glover said another success during her time on council was saving the Deckchair cinema by preventing the RSL from moving into a proposed location on the Esplanade.

Lord Mayor Kon Vatskalis had claimed the project could not proceed because it was an Indigenous scared site, however the real reason as previously reported by the NT Independent, was that the Independent Commissioner Against Corruption had been investigating.

Mr Vatskalis thanked Ms Glover for her service and wished her well in a statement yesterday.

“I had the pleasure of working closely with Justine in the past five years,” Mr Vatskalis said.

“Justine was always a passionate advocate for her constituents. I fully understand that sometimes work, family and the responsibility as a local representative becomes difficult to balance.

“I thank Justine for all of her hard work, and I wish her all the best in the future.”

The date of a by-election has yet to be determined.