AFP to pull out of NT’s COVID-19 operations, Darwin watch house to close 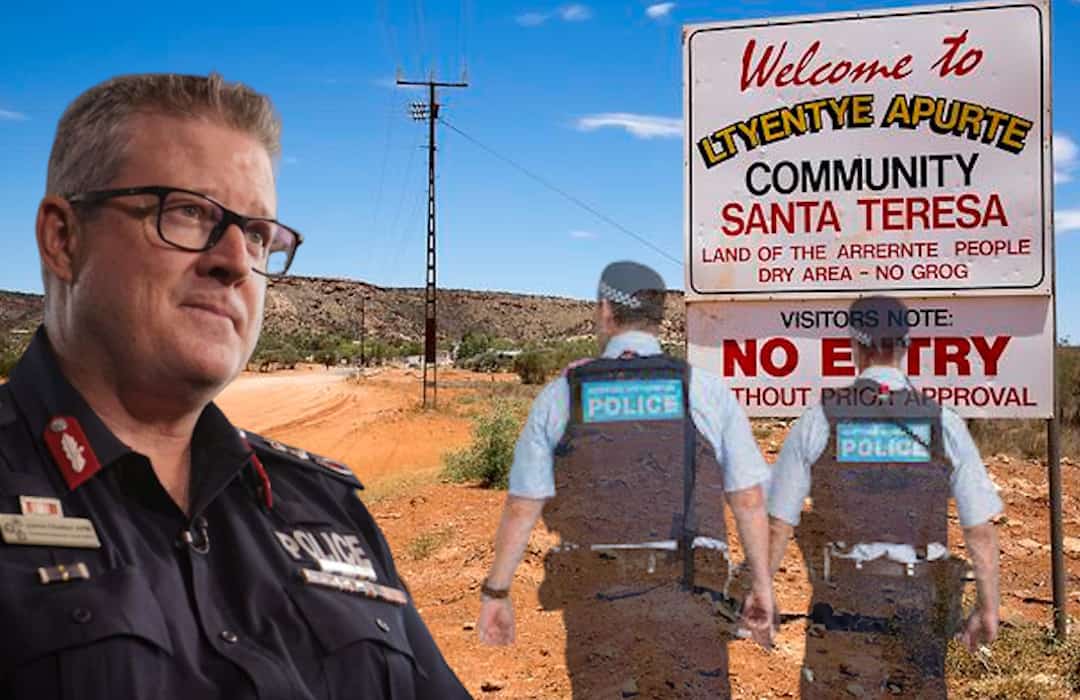 NT Police will be closing the Darwin watch house and moving other resources around in an effort to prioritise protecting the borders as AFP personnel pull out of the Northern Territory on Friday, according to an internal police memo obtained by the NT Independent.

It means already overworked officers will move back to 12-hour rosters and leave will be capped.

But the government said 66 trained constables of the new recruits would not be on the ground until next November.

The first new crew of support staff would be available by this October, Mr Gunner said, but was vague about what that would look like.

“The roll out of the extra officers will continue through to November next year,” Mr Gunner said. “These new recruits will help relieve the current rostering pressures, giving the cops on the borders a bit of a break.”

Mr Gunner said the new investment was needed so that the NT was “prepared to cover any changes in support” that the Australian Federal Police and Australian Defence Force personnel would be making.

However, the internal police broadcast stated that “significant reduction of Australian Federal Police resources from 31 July 2020 necessitates the re-activation” of a previous operational plan that will see “formal closure of the Darwin watch house, utilising Palmerston only”.

The bulletin also stated that “front counter closures” in Darwin would occur for the “foreseeable future”; reverting to 12 hour rosters at all major centres as of July 30; reducing non-frontline resources to the frontline and capping of recreational and long service leave to 10 per cent “across all areas”.

It further stated that “all staff will be required to assist” with COVID-19 operations.

NT Police are currently manning the Territory’s road borders and arrival ports, while also monitoring and enforcing quarantine, managing the emergency operations centre and providing support in remote communities with the assistance of AFP and ADF personnel.

Mr Chalker said the “pressures on the agency have been significant”.

“Today’s announcement has certainly been welcomed by us as we continue to respond to COVID-19,” he said.

He later added that the AFP would reduce its 102 officers in the NT down to about 30 as of Friday, but did not discuss the Darwin watch house closing.

“We’ve done a lot of planning in preparation of (the AFP leaving),” he said. “What I’ve also had to do is mitigate the amount of leave my people can have and change roster practices. This is an ongoing event.”

The actual constables will not fully be on the ground until November 2021, a government statement said.

The liaison officers are scheduled to be on the beat by next April, with the community police officers by next June.

The Gunner Government has also pledged an additional 20 vehicles will be purchased and deployed across the NT, but no date was provided.

“We don’t know how long this is going to last but we do know our police will be there for as long as we need them to make sure that they continue their extraordinary work on our borders and in our communities,” Mr Gunner said.

NT Police Association president Pual McCue said in an internal document to members that he has raised concerns with police brass about the short notice given to reactivate the operational pandemic plan.

He also said the union welcomed the proposed 131 additional staff, but wanted to see a breakdown of how the $20 million would be spent, “to ensure there is sufficient funding for what is being promised”.

“Border locations must also have an appropriate infrastructure investment, to cater for this new long-term policing function,” he said.