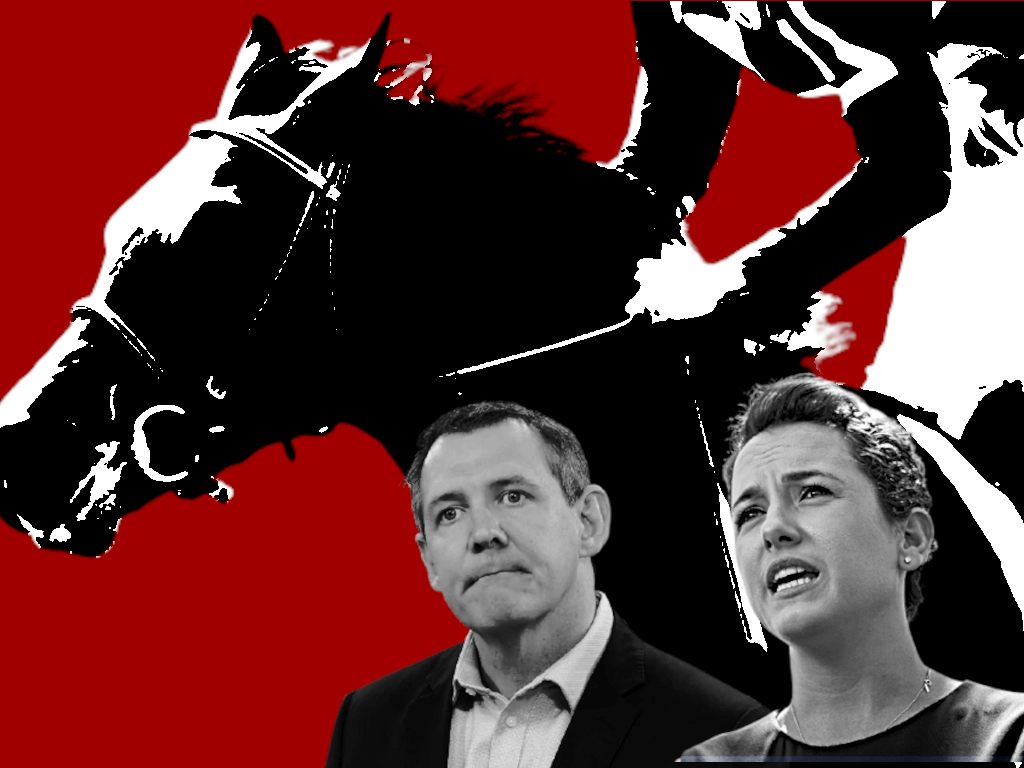 The Gunner Government has killed a motion in Parliament that would have seen the $12 million grandstand grant to the Darwin Turf Club that the ICAC found was “affected by political donations” debated publicly, in what the Opposition called an “extraordinary abuse of power” to avoid scrutiny.

The motion was put forward by the CLP as a general business day motion, which is proper procedure during parliamentary sittings to be debated, but the government used its numbers to shut it down before any MLAs could speak on the grandstand process that the ICAC had found involved “corruption”, “abuse of office” and was “affected by political donations”.

Opposition Leader Lia Finocchiaro later criticised the government for failing to defend themselves to Territorians in Parliament and accused them of shutting down debate for fear of being caught lying in Parliament and reading from scripts.

“It is your job to defend your government’s position on the issues that we bring into this chamber on behalf of Territorians,” she said.

“Instead of defending your government you have just shut us down.

“It is not your job to come in here and shut down every single dissenting voice against you because you don’t want to hear it.

“[Parliament] is not a place where you can just come and throw your weight around and do whatever you like. That destroys the very fabric of the reason … we are in Parliament, why we have parliaments in democracies.

“It’s a function of the system we live in, so that we do not descend into a tyrannical state.

“What we have seen here is the most anti-democratic, tyrannical dictatorship-like behaviour that this Legislative Assembly has witnessed since self-government.”

Former ICAC Ken Fleming’s investigation into the grandstand grant process found it was “deeply flawed and was affected by political donations, lobbying, failure to declare hospitality, a potpourri of conflicts of interest, abuse of process, false statements, fanciful claims of economic benefit and a cavalier proponent”.

But the investigation did not examine the Gunner Government’s ministers’ actions due to Cabinet confidentiality restrictions.

However, the report found that Michael Gunner’s former chief of staff Alf Leonardi and current Department of Industry, Tourism and Trade chief executive Shaun Drabsch engaged in a “duplicitous process” that was “utterly lacking in transparency”.

That “deceptive” conduct involved making it look as though the project was being considered by the government as a market-led proposal when it was only ever considered as a grant.

Ms Finocchiaro had asked Tourism Minister Natasha Fyles during Question Time why she said on two different radio stations late last month that the project had been assessed by Cabinet as a market-led proposal when it had not.

“Are you wiling tot repeat that line here in this Assembly, knowing that you can’t lie in the chamber?” she asked.

Ms Fyles was seen reading from notes for her response.

“The report made no findings against the government or any minister,” Ms Fyles said. “I have nothing further to add than what the Chief Minister has already said publicly.”

“You don’t want to lie in Parliament,” Ms Finocchiaro shot back.

Ms Finocchiaro later told Parliament during a debate on another matter that the government was afraid to defend itself in Parliament where they would face disciplinary action if found to be misleading the Assembly.

“And this is the difference in here, you control everything and shut it down, because you know you can’t lie,” Ms Finocchairo said.

“But you’re even worse behaved when you’re outside of this building. When you’re out there in the real world with everyone else, you are happy to lie to their face and you do it daily.

“You have all sat in front of microphones on the airwaves, through our television screens in our newspapers and lied, straight to the faces of Territorians.”