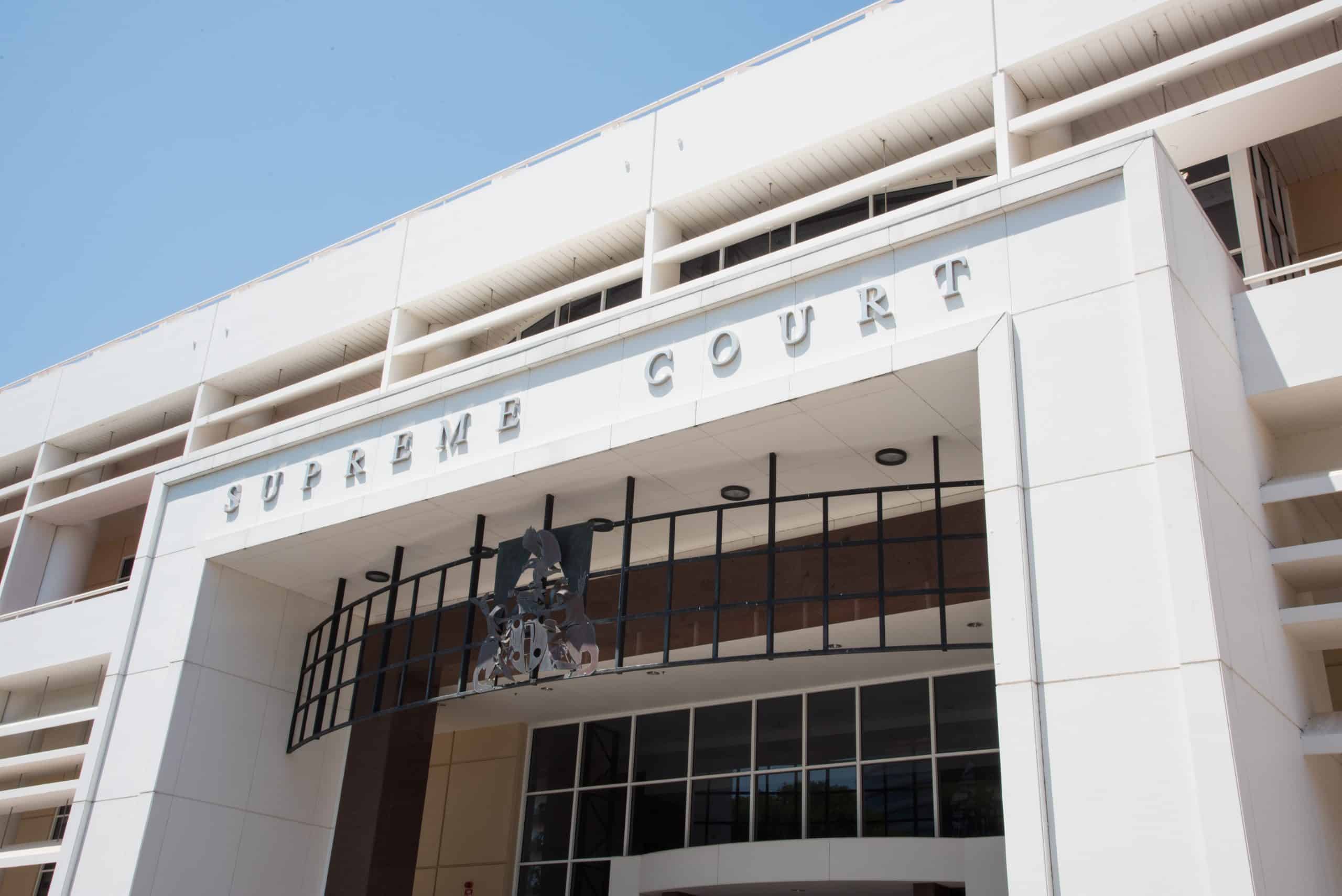 The jury trial of 30-year-old Mr Rolfe, accused of murdering 19-year-old Mr Walker while he was being arrested in the small community of Yuendumu in 2019, began in the Northern Territory Supreme Court this week.

During opening submissions on Tuesday, barrister David Edwardson QC said his client had been taught when an officer was confronted by an edged weapon, they should draw their gun and be prepared to use it.

He said when shooting Mr Walker, Mr Rolfe had done no more than respond in the way in which he had been trained.

Mr Edwardson said a warrant had been issued for Mr Walker’s arrest as he breached a court order. When two officers tried to arrest him on November 6, 2019 in what has been described as the “axe incident”, he allegedly armed himself with a hatchet, attacked them and escaped.

He said due to the warrant, and the fact he allegedly attacked police, Mr Rolfe and four other officers in the Immediate Response Team (IRT) were sent to arrest him.

While searching Yuendumu on November 9, 2019, Mr Rolfe and Constable Adam Eberl entered a house where Mr Edwardson said Mr Walker lied to them and gave them a different name.

He said Mr Rolfe had verified Mr Walker’s identity and moved to arrest him when Mr Walker “suddenly” pulled out a hidden pair of scissors and stabbed him in the shoulder, close to his neck, and Mr Rolfe shot him once.

Mr Edwardson said it was the defence case that after being stabbed by a “known violent offender”, he was justified in defending his “mate” and fellow officer, Mr Eberl.

He claimed Mr Walker had used or attempted to use the same scissors on Mr Eberl when Mr Rolfe fired the second and third shots, and Mr Eberl did not have Mr Walker under control at the time.

“He made a split-second decision to fire shots two and three,” he said.

Mr Edwardson said each time of the three times Mr Rolfe shot Mr Walker, “on each and every occasion”, he was acting in good faith, in the reasonable performance of his duties and in self-defence.

He warned jurors the trial had attracted “unprecedented publicity” with many examples of biased reporting.

He argued this was a case where “intellect has to rule the heart” and encouraged jurors to keep an open mind.

Crown Prosecutor Philip Strickland SC had also continued his opening submissions on Tuesday, as he had not completed them the previous day, including saying when Mr Walker used the scissors to strike at Mr Rolfe, he had been left with a small puncture wound to his shoulder.

But he said the first time Mr Rolfe referred to scissors during the incident, according to body-worn camera footage of the shooting that was screened to jurors, was 22 seconds after he fired the first shot.

Mr Walker was declared dead about an hour later.

The court had heard that after the “axe incident” on November 6, the officer in charge of the police station at Yuendumu spoke to some leaders of the community.

Knowing Mr Walker returned to Yuendumu to go to his great-uncle’s funeral, as well as how important funerals were to the community, she agreed police would not continue to chase Mr Walker as long as he handed himself in the day after the funeral, Mr Strickland said.

He said on November 9, this officer called for the IRT to provide general support in Yuendumu and arrest Mr Walker if he didn’t hand himself in.

She also came up with an operational plan to arrest him on November 10, the day after the funeral, to allow him time to do so.

Mr Strickland alleged this plan was emailed to the IRT officers, and a screenshot of part of that email was found on Mr Rolfe’s phone, who had also looked at footage of the “axe incident” several times.

When the officers arrived in the community on November 9, the officer in charge of the station told them their job was to provide high visibility policing, gather intelligence on Mr Walker’s whereabouts and arrest him the next day, he said.

He said it was the Crown’s case that the IRT, whose members included one carrying an AR-15 assault rifle while Mr Rolfe himself carried a taser along with his gun, allegedly ignored the plan and were intent on finding and arresting him that evening.

Mr Rolfe has pleaded not guilty to a charge of murder, as well as alternative charges of manslaughter and committing a violent act causing death.

This article originally appeared on the-RiotAct.com. Reprinted with permission.