Zach Rolfe placed on indefinite leave, told to call ‘well-being team’ if he has personal issues 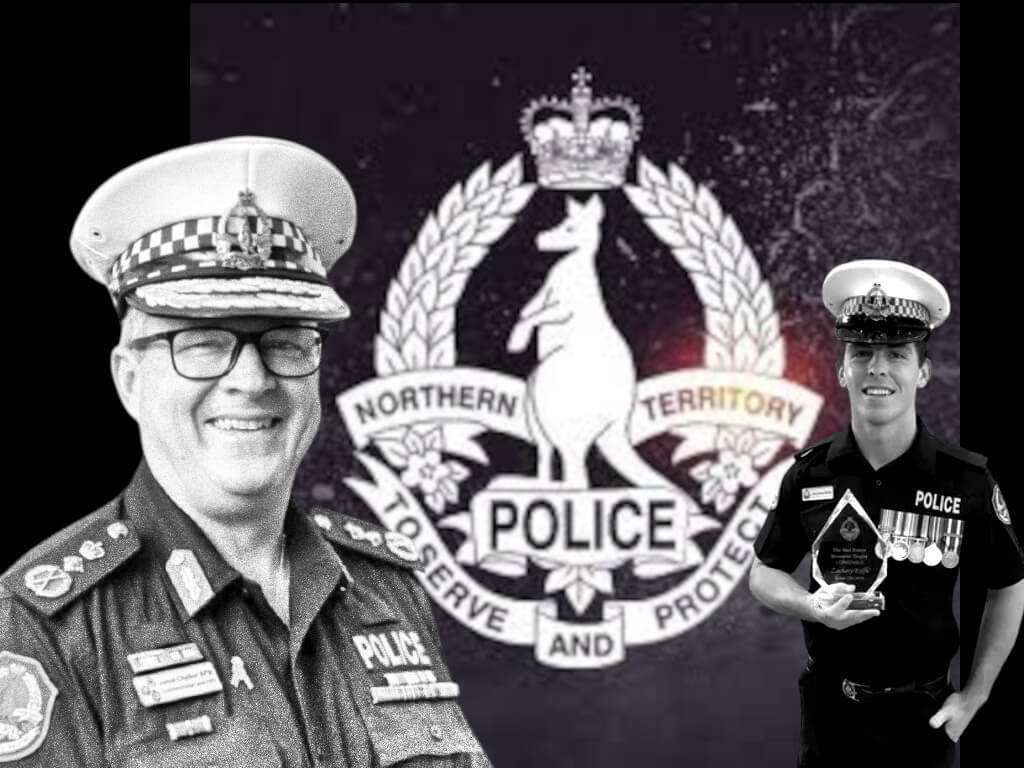 It remains unclear if or when Constable Zach Rolfe will be allowed to return to work following his acquittal last Friday, with the officer being issued a direction to take indefinite leave, after being accused of 25 serious breaches of discipline by the top brass which could result in his sacking, according to a letter seen by the NT Independent.

The NT Independent revealed on Sunday that the NT Police executive had notified the union just hours after he was cleared of murder by a Supreme Court jury on Friday that it intended to issue new disciplinary notices on him, which would officially continue his suspension from service.

However, the letter from Deputy Commissioner Murray Smalpage, in absentia of Professional Services Command head Bruce Porter, who went on sudden leave, directed Constable Rolfe to take leave rather than be suspended, which means he will lose annual leave entitlements instead of being paid a normal wage on suspension.

The letter sent to Constable Rolfe by Mr Smalpage, carried Friday’s date, and also banned him from entering a Northern Territory Police, Fire or Emergency Service facility, except in an emergency.

The letter shows new disciplinary notices were not issued, but stated that Constable Rolfe had been issued with a notice of 14 serious breaches of discipline on May 13, 2021, which were served through the NT Police Association.

It’s understood that during his NT Police career, which began in 2016, Constable Rolfe had never been issued a disciplinary notice.

However, after the murder charge, sources said Detective Senior Sergeant Andrew Barram – who was a key witness in the prosecution’s case against Zach Rolfe – went through all of his arrests and body-worn camera footage to re-examine his conduct.

Mr Smalpage said in the letter that Constable Rolfe was given a notice on August 6 last year alleging 11 serious breaches of discipline, after which, on August 10, and September 27, he was issued with a Notice of Charge for breach of discipline.

There was no detail of what alleged actions those breaches related to.

A Notice of Charge means he will face an internal hearing of the breaches, which is scheduled for late April, with the possibility of him being fined, transferred, suspended or sacked, under a range of options the police commissioner has.

Constable Rolfe was charged with murder after shooting and killing 19-year-old Kumanjayi Walker while trying to arrest him in the remote community of Yuendumu on November 9, 2019.

At the bottom of his letter, Mr Smalpage directed Constable Rolfe to call the “wellbeing team”, if he needed personal support.

Several police sources have told the NT Independent that officers who the NT Police executive had found contacted Rolfe since his murder charge have been given Section 79 disciplinary notices themselves.

Constable Rolfe’s father, Richard Rolfe, said in a radio interview on Monday none of the current NT Police commissioned officers, including Mr Chalker, ever spoke to his son following his arrest four days after the shooting.

Mr Chalker gave a bizarre press conference after the verdict was handed down where he did not mention either Constable Rolfe or Mr Walker, the Supreme Court trial, or that Mr Walker had been killed in a shooting.

Mr Smalpage said he was directing Constable Rolfe to take leave under section 80(1)(d) of the Police Administration Act, which is reserved for matters the police commissioner thinks are of such a serious nature that other action is not deemed appropriate. The commissioner also has the option of taking no action, or issuing a caution or a formal warning.