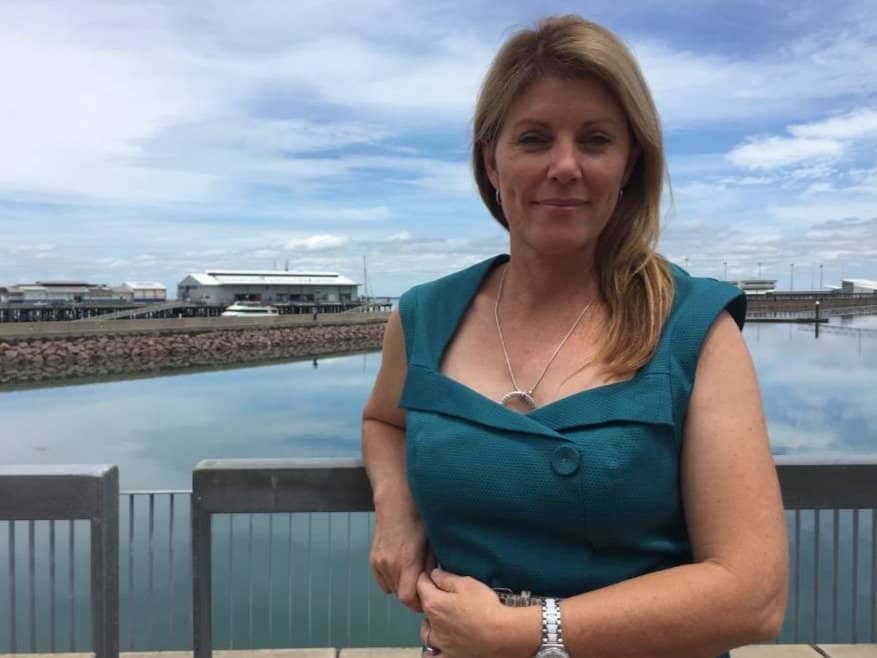 Fannie Bay CLP candidate Tracey Hayes has vowed to fix the NT’s budget after she was unveiled as shadow treasurer in the CLP’s pre-election cabinet team today.

The men were not given official shadow cabinet portfolios, but Ms Finocchiaro said they would be ministers if elected.

Ms Hayes questioned the Gunner Government’s financial credentials at a time when there has been increasing pressure on Chief Minister Michael Gunner’s team to release a detailed budget update.

“We haven’t had any opportunity to have any scrutiny or transparency around the books so it’s very difficult to make a commitment to you here today, we can’t even get a pre-election fiscal outlook,” she said.

“There will be no budget leading into the election and currently the Gunner Labor Government is taking Territorians as fools and really taking the goodwill of Territorians for granted.”

Ms Hayes said if elected her primary focus would be “getting the budget back under control”.

“Getting expenditure back under control and moving away from a deficit budget and putting focus on the income side of the equation and a primary focus on increasing productivity right across the board, attracting private sector investment and being seen as a safe place to invest in the Northern Territory,” she said.

Health Minister Natasha Fyles said she had confidence the Territory’s economy would bounce back under the current government.

“Our economy is in a strong position … we have the opportunity for an economic recovery because we have handled this crisis so well,” she said.

“Treasurer Tracey is already talking about the jobs she will cut when she gets her job, but she hasn’t even been elected yet.”

Ms Hayes will go head-to-head in the seat of Fannie Bay with Mr Gunner, who has held it since 2008 and easily retained it in 2016, defeating CLP candidate Karen Brown 64 per cent to 36 per cent two-party preferred.