Tons of plastic waste from Asia, ghost nets choking pristine beach now called ‘the most littered place in the NT’ 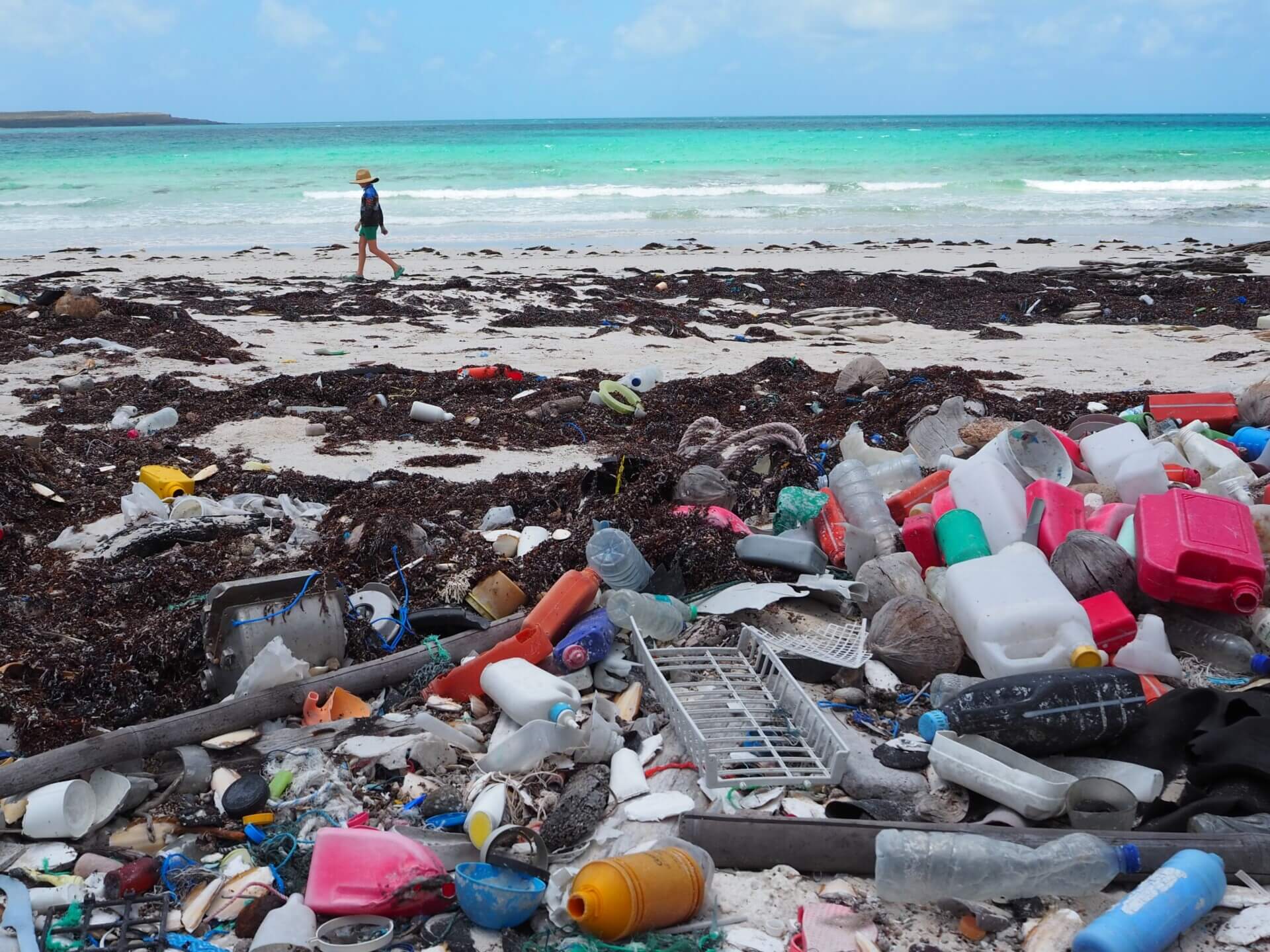 Tons of plastic waste that has washed ashore on the Wessel Islands Archipelago has alarmed Charles Darwin University researchers, with Indigenous rangers saying 80 per cent of the litter came from Asia and they now want a “solution at the source” of the trash.

The researchers say they visited the Archipelago’s Marchinbar Island, about 550km east of Darwin, in October 2021 and were shocked at the volume of plastics and fishing gear on the beach and in the shallow waters around the islands.

They fear the archipelago could be the “most littered place in Northern Territory, if not Northern Australia”.

The researchers were also alarmed with the number of ghost nets drifting around the island.

“These ghost nets are abandoned or [lost] nets that can stretch for kilometers and cause a significant number of deaths in fish and turtle populations,” the researchers said. 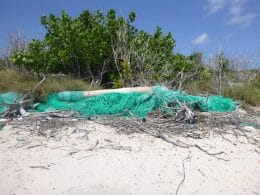 A ghost net on a Wessel Islands beach. Photo: CDU

The narrow island is about 55km long and eight kms wide at its widest point and is the second largest island in the Archipelago, according to CDU.

Dr Palmer said she has first noticed the plastic waste building up on the island when she visited in 2011 and five years later, in 2016 she noticed had increased significantly.

“Now in 2021, the amount of plastic and fishing gear is just astounding – both on the western side and eastern side of Marchinbar Island of the Wessel Archipelago,” she said.

Gumurr Marthakal Rangers manage the 1500km area around Wessel Islands since 2016, both the land and the sea as part of the Marthakal Indigenous Protected Area.

Gumurr Marthakal executive officer and ranger Marcus Lacey said the waste is worse than it has ever been, and it continues to worsen after every wet season.

“You mainly get the westerlies (Western winds) during the wet season, and it brings all the plastic waste from the Timor Sea, then in the dry season you get winds [that] dump plastics on the eastern side of the islands,” Mr Lacey said.

He said because of the isolation and resource limitations, the rangers did not have the capacity to clean it up.

He said it would need a solution at the source.

“You look at the labels and the bottles and you can see that about 80 per cent comes from Asia,” he said.

Dr Palmer said because of the island’s remoteness, it is one of the most expensive areas to conduct clean-up work across Australia.

“We need a good and practical on-ground way to manage this problem and good communication,” she said.

“It needs a clean-up as soon as possible, but importantly, ongoing management and engagement with the Traditional Owners, commercial and tourist vessel operators, and boat travelers who anchor across the islands, Australian Border Force (ABF) and the Navy.”