‘There’s no one there to catch you’: Illegal barra fishing rife fishos say 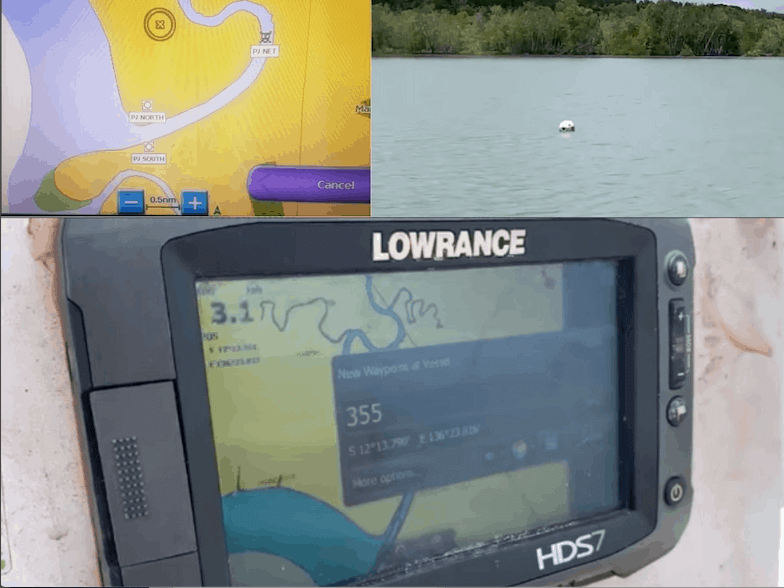 The claims of illegality involve instances of commercial fishermen putting nets past closure lines, which locals say poses a threat to the safety of local fishos, and endangered marine life, as well as the future of fishing in the area.

Closure lines are areas closed to commercial operators, and stops them fishing in places like rivers and other prohibited areas.

Nhulunbuy recreational fisherman Anthony Bergamo said a video he posted on Facebook shows commercial fishing nets 5km past the closure line in Peter John River in Arnhem Bay. The video was taken by another fisherman who did not want to be named.

Anthony’s father, Nhulunbuy-based Australian Sportfishing Charters owner-operator Daniel Bergamo, who has been in the industry for about 25 years, said this sort of illegal fishing is insulting and there is not enough being done about it.

“It was a blatant slap in the face to the whole system when an operator puts a net about six (kilometres) up above closure lines, I think it was on a Monday, Tuesday, in the middle of the day,” he said.

“It’s just the way that some people push the envelope, I guess, to try to get that extra dollar.” 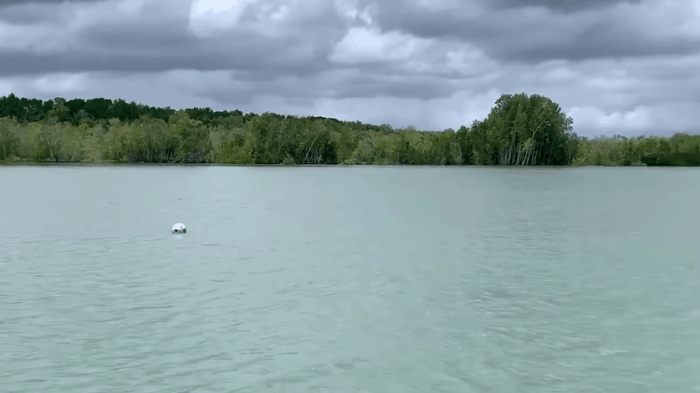 A photo of one of the markers for the net Anthony Bergamo posted on social media. Picture: Supplied

This sentiment is echoed by local Arian Pearson who use to be a Dhimurru ranger, and is also a traditional owner’s son. Mr Pearson said it is a “huge” issue in areas like Arnhem Bay and he said nothing is being done about it.

“[Fishermen are] doing it and getting away with it… it keeps happening [and]… it’s something that needs to be addressed,” Mr Pearson said.

He said the government is not doing enough and they need to put in proper systems to stop this behaviour.

“I don’t think they even know what’s happening here,” he said.

“It happens a lot… it’s going to happen more.”

Located 579 km away Darwin in Arnhem Bay, Anthony Bergamo said it is “out of sight, out of mind” for many politicians and others who can take action.

“There’s no one there to catch you,” he said.

“I hear about it on a very regular basis, and, unfortunately, people just don’t do anything about it.

“I think it’s going on more than people want to admit and I think that people should be held accountable more often… The way that they are getting off, is just, it’s ridiculous.”

The video of the nets – along with photos of the boat, and the GPS location – were reported to NT Water Police, Mr Bergamo said.

In a last-ditch effort, the younger Mr Bergamo uploaded the video to Facebook where numerous people expressed their frustration at this repeated illegal fishing.

NT Water Police were contacted but declined to comment saying they are still investigating.

NT Fisheries were also contacted but declined to comment on the matter.

Amateur Fishermen’s Association of the Northern Territory was also contacted but declined to comment. However, chief executive officer David Ciaravolo commented on Mr Bergamo’s post asking for the details of who took the footage of the alleged illegal fishing. 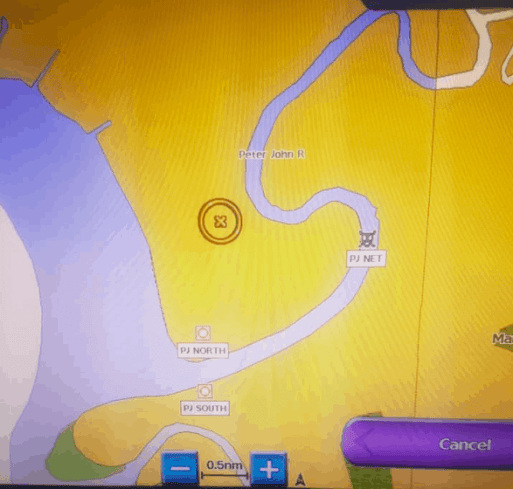 The spot where Anthony Bergamo said the net was.

Mr Bergamo said that a lack of education about how to report nets past the closure line, and obtaining evidence were the biggest challenges.

“Nothing keeps happening when they do report stuff, and it keeps coming down to that same issue, not knowing how to, and even when people think they’ve got enough [evidence], they still seem to find some loophole where if it goes to court, it can get thrown out,” he said.

Both Mr Bergamo and Mr Pearson said better systems need to be put in place that suit the vast remoteness of Arnhem Bay.

Mr Bergamo points to systems down south where cameras are attached to vessels to ensure all fishing is legal, which is also controlled by a mandatory amount of days the vessel is not allowed to fish if they are caught doing the wrong thing.

“They’ve got cameras now on their longline vessels that watch [what] they pull over the side,” Mr Bergamo said. If they are caught doing the wrong thing they are called onshore and have to stay for 12 days and are not allowed to fish, he added.

“Unfortunately, [in the Northern Territory] the systems in place that they’ve got, to keep [fishermen] in the right areas, they’re working out ways to get around those, and they’re doing what they want…,” he said.

Daniel Bergamo agrees that the issue has not been dealt with by the government and said it was important closure lines were followed for the safety of recreational fishermen and marine life.

Having nets in parts of the river that they’re not supposed to be in can cause boats like dingies to capsizes which is dangerous, Daniel said.

“I think as far as managing this sort of stuff, as far as enforcement is concerned, there isn’t enough done about it,” he said.

“The general public has to be aware that when they’re in the water in the NT they’ve always got to be aware to look out for nets. You know, I don’t think that that should be the case.

“It’s also to protect other things like dugongs, turtles, swordfish, which is all endangered up here, you know, these people with commercial gill nets, do not discriminate.”