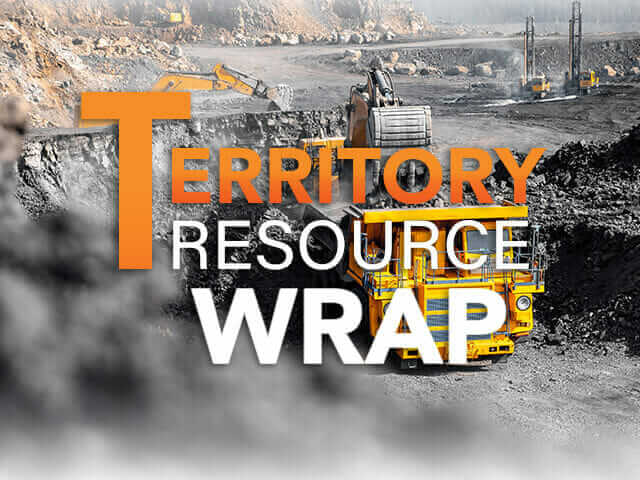 The NT Independent is providing you with an update of resource news from across the Northern Territory. This week, a mining company faces environmental charges, Shell attempts to get its Prelude LNG facility back up and running, Ragusa identifies new lithium tenements in the NT, plus more.

Shell has put its case to safety regulator NOPSEMA to recommence production from its Prelude LNG facility. The facility was shut down by the regulator following a fire at the start of December that could have lead to catastrophic failure.

As reported by WA Today, a report showed Shell outlined 42 actions it would take to make the 488-metre-long facility Prelude facility safe. The report identified 18 of the 42 actions as required before production commences and expected them to be completed by March 15.

NOPSEMA is reviewing Shell’s plan to determine if it was satisfactory.

Shell has not set a timeframe for restart. A spokeswoman for the company said “our focus remains on working through the process with the safety of people and stability of the facility foremost in mind,” she said.

Ragusa Minerals Limited said that it has successfully applied for lithium tenements in the Northern Territory.

The company identified the prospective project areas, with hard rock lithium deposits, within the Litchfield Pegmatite Belt in the Northern Territory. The same belt is host to discoveries including the neighbouring Core Lithium Finnis Project. and others. The lithium exploration province, broadly meets all the exploration criteria used in other word-class lithium provinces.

The Daly and  Litchfield projects were selected as prospective for lithium from historical geological mapping works and the interpreted continuation of the geological rock-types found in the neighbouring lithium projects, indicating a high level of lithium prospectivity throughout the region.

Nathan River Resources allegedly breached the conditions of its waste discharge licence in the Roper region, 60km south-east of Ngukurr the Department of Environment Parks and Water Security will argue in court today.

The Environment Division of the Department of Environment, Parks and Water Security (DEPWS) have completed investigations into allegations that the company breached the Water Act in February 2021 by failing to comply with its waste discharge licence.

The matter is listed for mention in the Darwin Local Court today.

If found guilty, the charges carry penalties for the company under the Water Act.

Central Petroleum Limited has reported a net profit after tax of $30.5 million and a $19 million reduction in debt.

Central Petroleum Limited has reported a net profit of $30.5 million after tax for the half year to 31 December 2021 which included a $36.6 million profit on the sale of half of its interest in its three producing gas and oil fields. The asset sale also supported the reduction in debt to $12.4 million, down from $31.3 million at 30 June 2021.

The result also included $10.1 million of exploration expenses associated with preparations for two new exploration wells at Palm Valley and Dingo and testing at its Range coal seam gas pilot.

Underlying earnings was $10.0 million Before Interest, Tax, Depreciation, Amortisation and Exploration (EBITDAX), down from $12.9 million in the corresponding 2020 half year.