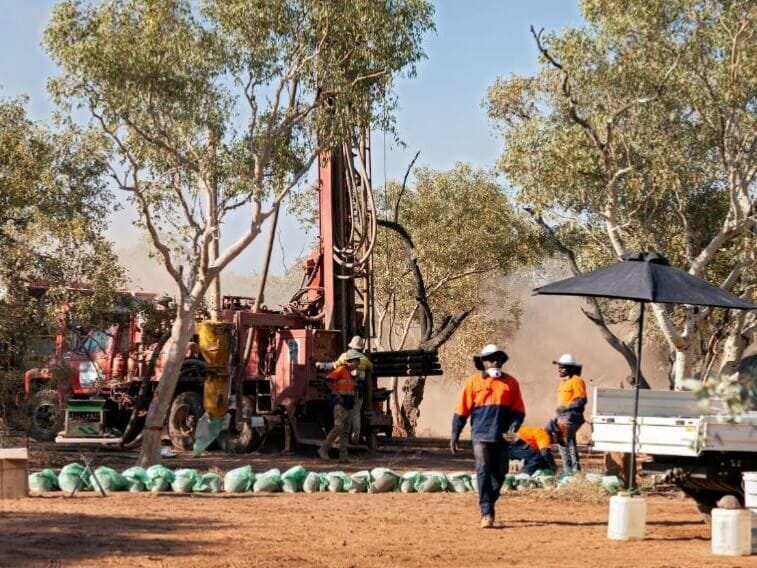 Emmerson Resources’ market capitalization has soared from $34.86 million to $82.21 million after its share price more than doubled in one day last week to $0.19 a share from $0.07, following news of its successful drilling campaign of copper and gold at its Hermitage Project in the Tennant Creek Mineral Field.

Shares slightly declined on Monday after the jump last week with the company trading up 95.95 per cent at 15 cents a share, still above its target share price, with 1.9 million stocks changing hands.

The Tennant Creek miner explained it hit 117 meters at 3.38 per cent copper from 75 meters in reverse circulation (RC) drilling at the hole HERC003 of its 100 per cent owned Hermitage Project.

“This is the best drill hole we’ve ever had in our history in Tennant creek,” Emmerson managing director Rob Bills told mining news site Proactive Investors.

He notes that the drill hole contains high-grade copper mineralisation and high-grade gold and cobalt intervals.

“Whilst it is still early days, the metal zonation and mineralisation in drill hole HERC003 display increasing gold and copper grades with depth – the subject of future diamond drilling,” he said.

However, Mr Bills said they had to terminate the hole HERC003 because of drilling difficulties without further specifying.

Hermitage, one of the clusters Emmerson wholly owns, located within the northern corridor at Tennant Creek, has seen no modern exploration since the 1990s due to some restricted access.

Emmerson completed four RC holes back in October 2021. It has assays pending for its for hole HERC004 with follow-up drilling expected to commence early next year after the wet season.

The company has also previously increased its gold resource estimate for its Chariot deposit at Tennant Creek by 40 per cent to 556.2 tonnes (kt) at 7.8g/t gold for 138,800 ounces of gold.

The latest mineral resource estimate indicates a high grade of 17.7g/t gold and 72.7kt for its open pit and 6.3g/t and 483.5kt for its underground mining option.

Emmerson gets a six per cent free-carried royalty from any production in Chariot by its joint venture partner Tennant Consolidated Mining Group (TCMG), which is doing scoping studies on several other mines.

“We will leave it up to [the shareholders] to do the calculation of what a 6 percent gold production royalty looks like for this deposit, keeping in mind that this is going to be one of many,” Mr Bills said in a previous interview with Proactive Investors.

TCMG funds $10.5 million or 100 per cent of the exploration and complete mining studies. It also plans to establish a processing facility near its Nobles Nob tailings operations.

Mr Bills said they are assessing the potential for an additional resource at Tennant Creek by flying an ultra-high-definition drone with magnetic capabilities to look for more Chariot deposits, among other steps.