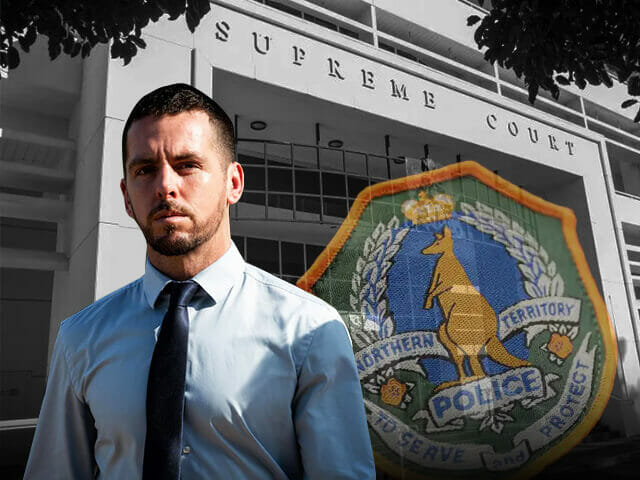 Court suppression orders of material that the jury in the Zach Rolfe murder trial never saw were lifted Friday, including material the judge said could damage Mr Rolfe’s reputation, including that he had previously assaulted an Aboriginal man during an arrest with other officers in 2018.

Constable Rolfe was found not guilty of the murder of Kumanjayi Walker and two other charges in a unanimous jury verdict last week.

Out of 26 suppression orders that were to be lifted, Constable Rolfe’s lawyer David Edwardson objected to three, including a local court’s earlier findings on the separate 2018 matter, text messages sent by Constable Rolfe to friends in the military about the NT Police force and “tendency” evidence that had been excluded from the trial.

Mr Edwardson argued the material should not be released because it could influence the upcoming coronial inquest into the death of Kumanjayi Walker, a potential ICAC investigation and disciplinary action currently being undertaken against Constable Rolfe by the police executive.

He also argued the material be may defamatory of Constable Rolfe.

Crown prosecutor Philip Strickland however said the court case involving the assault on Alice Springs man Malcolm Ryder during a domestic violence incident had already been documented in court with findings against Constable Rolfe.

“The finding was that the accused had deliberately assaulted Mr Ryder,” Mr Strickland told the court.

“The finding was that the accused lied in his evidence in relation to that matter.”

Judge Greg Borchers had found in the 2018 incident, that Constable Rolfe had punched Mr Ryder and that he and other arresting officers’ testimony was “pure fabrication”.

“I find that Constable Rolfe’s evidence lacks credibility. He lied. He has lied in a statutory declaration about what happened in the bedroom,” Judge Borchers said in his findings from the 2018 incident.

“Nobody can say how Malcolm Ryder was knocked out but him.”

Mr Strickland also said the text messages could not be defamatory because Mr Rolfe wrote them himself. They have not been provided to media as of Friday afternoon.

“They are simply communications by him in his own words, which relate to his attitude or his thoughts about the [Immediate Response Team] or police at a particular time.”

The “tendency” material related to previous incidents the prosecution said showed a tendency to behave in a particular way. However, Mr Strickland said the other tendency matters the prosecution had hoped to enter into evidence were not “the subject of any findings” against Constable Rolfe.

Judge John Burns ruled that the suppression orders in question and others be lifted.

“While there may be some embarrassment and potentially some damage to the reputation of Mr Rolfe if the material which is the subject of the suppression orders is published, that is of lesser importance, in my view, than ensuring that the public has the means of scrutinising the decisions which have been made by this court,” he said.

Judge Burns added that the public scrutiny was important, “particularly so where there are post-trial claims made of interference in the charging process”.

The material is expected to be released late Friday.