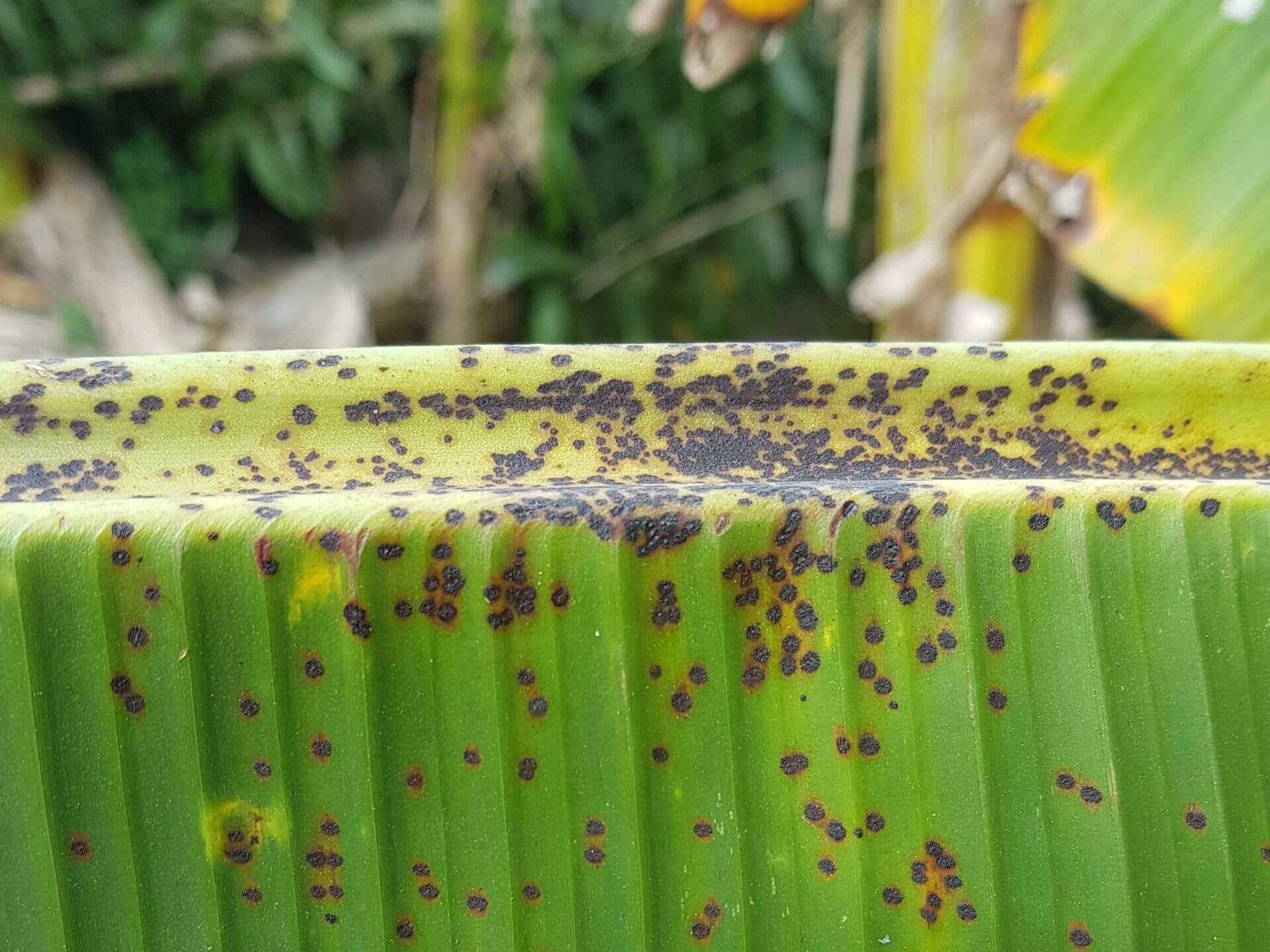 The NT Plant Biosecurity team is investigating a confirmed case of banana freckle at a rural residential property three years after it was officially eradicated, but the NT Government has not yet called for banana plants to be destroyed.

The Phyllosticta cavendishii strain of fungus was detected on Dwarf Cavendish bananas on the infected property after the eradication of banana freckle in the Territory in 2019.

Plant biosecurity officers are currently making rounds across the Territory to investigate how widespread the fungus is and have pledged to follow biosecurity decontamination procedures when visiting plantations to prevent its spread.

“Banana freckle is a serious threat to the industry,” Dr Walters said in a statement.

“It decreases plant health and productivity by reducing the amount of healthy leaf area, and affects fruit quality and appearance, even though the fruit is still safe to eat.”

She said the team is focusing on safeguarding and growing the industry by investigating and carrying out more surveillance to manage the threat posed by the plant pest to the Territory.

“Territorians may feel concerned that banana plants will need to be destroyed, we are not at this level of threat,” Dr Walters said.

“Our focus at this point is surveillance and further advice on what we can do to protect the Territory’s industry will be made available in due course.”

The government is now working to support plant nurseries, commercial growers and rural property owners as well as working with the Commonwealth to stop the spread of the fungus, they said.

NT farmers voiced their concern about the latest discovery of banana freckle but said they would ensure a measured response.

“This is a plant disease but we can’t forget about the human element, that is – looking after our growers and their employees,” said NT Farmers Association CEO Paul Burke.

“NT Farmers will continue to engage strongly with the NT Government’s biosecurity branch to ensure we get the best result for the Territory.”

Australian Banana Growers’ Council Research and Development Manager, Rosie Godwin said they believe the early detection of the fungus in Batchelor will lead to an early solution.

“However, given the impacts felt by the NT after this disease was first found in 2013 and the subsequent eradication program which followed, I can understand this is a stressful time, particularly for our growers located in the Top End,” Dr Godwin said.

The national technical committee, the Consultative Committee on Emergency Plant Pests will meet on Friday to determine response actions.

Banana Freckle is a ‘wet spore’ organism affecting banana leaves and fruit but is not considered a health risk to humans consuming affected bananas. It can spread through splashes of water droplets, wind-driven rain or by people moving infected fruits and plants and suckers used for planting.

Signs of a banana freckle include sandpaper-like texture on leaves and fruit; spotting of flower bracts, leaves and bunch stalks; fruit blemishes and blackening of large areas of the fruit’s surface due to dense spotting.

The government urges Territorians to report plants suspected of being affected by the fungus by phoning the Exotic Plant Pest Hotline on 1800 084 881 and visiting www.nt.gov.au/banana-freckle