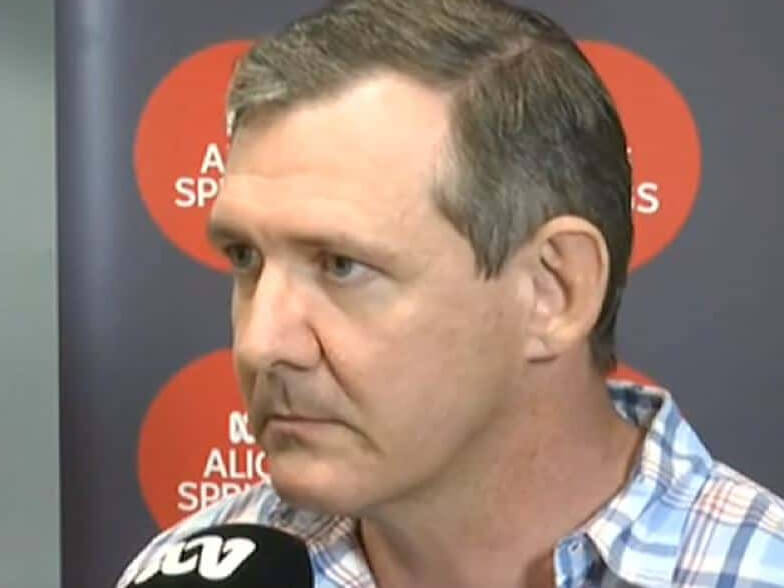 Mr Gunner grew frustrated after a series of questions about his government’s blackflip on one of its key integrity measures introduced in 2017 to “restore trust in government” and provide “more scrutiny on government, and to [insure] open and transparent government”.

Mr Gunner has copped criticism all week after his government moved to scrap the scrutiny committee – which provided the public and MLAs an opportunity to comment on proposed laws before they were enacted – shortly after being sworn in for a second term on Tuesday.

Mr Gunner had attempted to blame the Opposition for the lack of a scrutiny committee at Friday’s press conference and said it was their responsibility to provide scrutiny.

“I look forward to the Opposition doing the job of Opposition this term,” he said. “They don’t think they’re up to it. I hope they prove Territorians wrong. Territorians put trust in them to do that job and so hopefully they step up.”

“Do you think winning the election means you have a mandate to do whatever the government sees fit?” the ABC journalist asked.

Mr Gunner said his priorities were to “save lives and save jobs and we absolutely have a mandate to do the best we can”, before attempting to divert the subject to the COVID-19 pandemic.

But the journalist continued to question him about scrapping the scrutiny committee, forcing Mr Gunner to say the committee had delayed legislation in the past and that he didn’t like that.

“There is a committee stage that requires scrutiny and Opposition has a job to do there,” Mr Gunner said.

“That just doesn’t pass the pub test,” the reporter said as she asked further questions.

“I disagree with that completely,” Mr Gunner shot back over the journalist.

“No stop, no stop, there’s no debate,” he shouted over the journalist as she asked another question. “You asked the question and I have a right to give an answer. Stop! Stop! Stop!”

The outburst is the latest in Mr Gunner’s strained relationship with certain media, which includes a ban on the NT Independent that prevents its journalists from attending government press conferences which he and his communications director say involves personal issues with the online paper’s ownership.

The Gunner Government’s ban on the free press most recently drew international attention after the New York City-based Committee to Protect Journalists issued a statement two weeks ago calling on Mr Gunner to rescind his ban on this publication. That was after a long list of Australian legal and journalism experts also voiced concerns over Mr Gunner’s moves to stop the free press from reporting on him and his government.